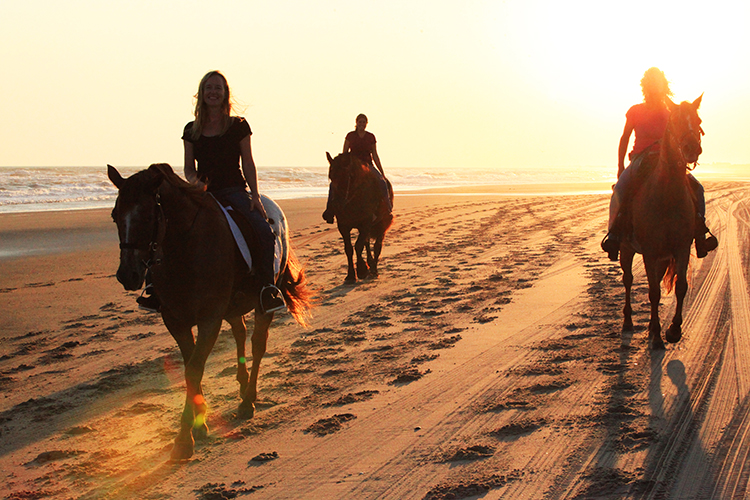 In the early 20th century, two Dayton, Ohio, bicycle mechanics sought a place to test their experimental flying machine. They chose a narrow, 200-mile string of barrier islands off the North Carolina coast highlighted by high dunes, blustery winds and the promise of soft, sandy landings. The Outer Banks were a near wilderness then, and the inventors could run their tests out of the scrutinizing glare of a curious public.

Fortunately for the history of flight, Orville and Wilbur Wright met with more success on Cape Hatteras than the hundreds of ships that had wrecked on the shifting sandbar called Diamond Shoals offshore that had earned the islands the ominous nickname of “Graveyard of the Atlantic.” The Wright Brothers’ first powered flight off Big Kill Devil Hill in Kitty Hawk lasted only 12 seconds, but three subsequent flights that day improved their success exponentially. Their achievement is commemorated at the Wright Brothers National Memorial, where you can walk down the path of those historic flights.

The Outer Banks may have been deserted on December 17, 1903, but it wasn’t because settlement had never been tried there. In 1585, an attempt to found the first English colony in the New World was made on Roanoke Island on seven ships commanded by Sir Walter Raleigh’s cousin, Sir Richard Grenville. When supply ships returned two years later, there was no trace of the “cittie of Ralegh.” No one knows the fate of the settlement. A play called The Lost Colony Outdoor Drama has been staged at the Waterside Theater of the Fort Raleigh National Historic Site continually since 1937 with its own ideas; it is the nation’s longest running outdoor production.

From Flying to Failed Colonies
During that 1587 supply mission, Virginia Dare became the first child in the Americas born to English parents. On August 18, 1960, on the 373rd anniversary of her birth, the Garden Club of North Carolina christened the Elizabethan Gardens as a living memorial to the lost colonists at the historic site. The exquisite sunken gardens include Renaissance statues, manicured boxwoods and a Tudor-style gatehouse and gazebo. At Roanoke Island Festival Park in Shallowbag Bay, you can see a 69-foot approximation of the Elizabeth II, which brought the doomed colonists to America. Also on Roanoke Island is one of the three North Carolina aquariums with the largest collection of sharks in the Tar Heel State.

Seeing the Lights
Permanent settlements on the Outer Banks today are still few and far between. Bridges did not come to the barrier islands until the 1930s, and you can still detect a trademark Outer Banks brogue when speaking to longtime residents. Seventy sandy miles across three barrier islands were designated as Cape Hatteras National Seashore in 1953, the nation’s first federally protected beachfront. Two of the islands are connected by a toll-free bridge, and Okracoke Island is accessed from Hatteras Island by a free ferry.

Each of the three islands in the national seashore sports its own lighthouse. The oldest and the shortest operating lighthouse in North Carolina is the 75-foot tower on Ocracoke Island. Another popular lighthouse is the 150-foot Bodie Island Lighthouse, which dates to 1872.
The most famous—and America’s tallest lighthouse at 208 feet—is the black-and-white, swirl-striped Cape Hatteras Lighthouse. Its light has reportedly been seen from 51 miles out to sea. Open for climbing, the top is 268 steps away.

Outdoor adventures are the order of the day on the Outer Banks. Jockey’s Ridge State Park is one giant sandbox featuring the tallest natural dunes on the Atlantic seaboard. Posts in the mountains of sand mark out trails, but you can take off your shoes and wander anywhere. Jockey’s Ridge is a favorite for hang gliding and kite flying. Nearby Nags Head Woods Preserve has been declared a National Natural Landmark as one of the best remaining examples of an Atlantic maritime forest.

Banks’ Wild Side;
The less-traveled northern end of the Outer Banks reaches into Virginia and is actually connected to the mainland, since inlets have been filled in by the many ocean storms that harass the protruding barrier islands. NC Highway 12, which runs the length of Cape Hatteras, however, ceases above the residential town of Corolla and only continues for four-wheel drive vehicles. This area is dominated by the Currituck National Wildlife Refuge, which lies on 4,103 acres across sandy beaches, grassy dunes, maritime forests, shrub thickets, and fresh and brackish marshes. Explorations here are much like what the first Europeans would have found when they began arriving in the Outer Banks in the late 1500s. 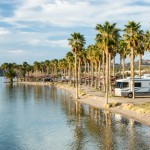 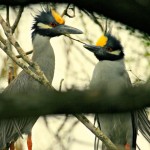