10 National Parks to Visit This Winter 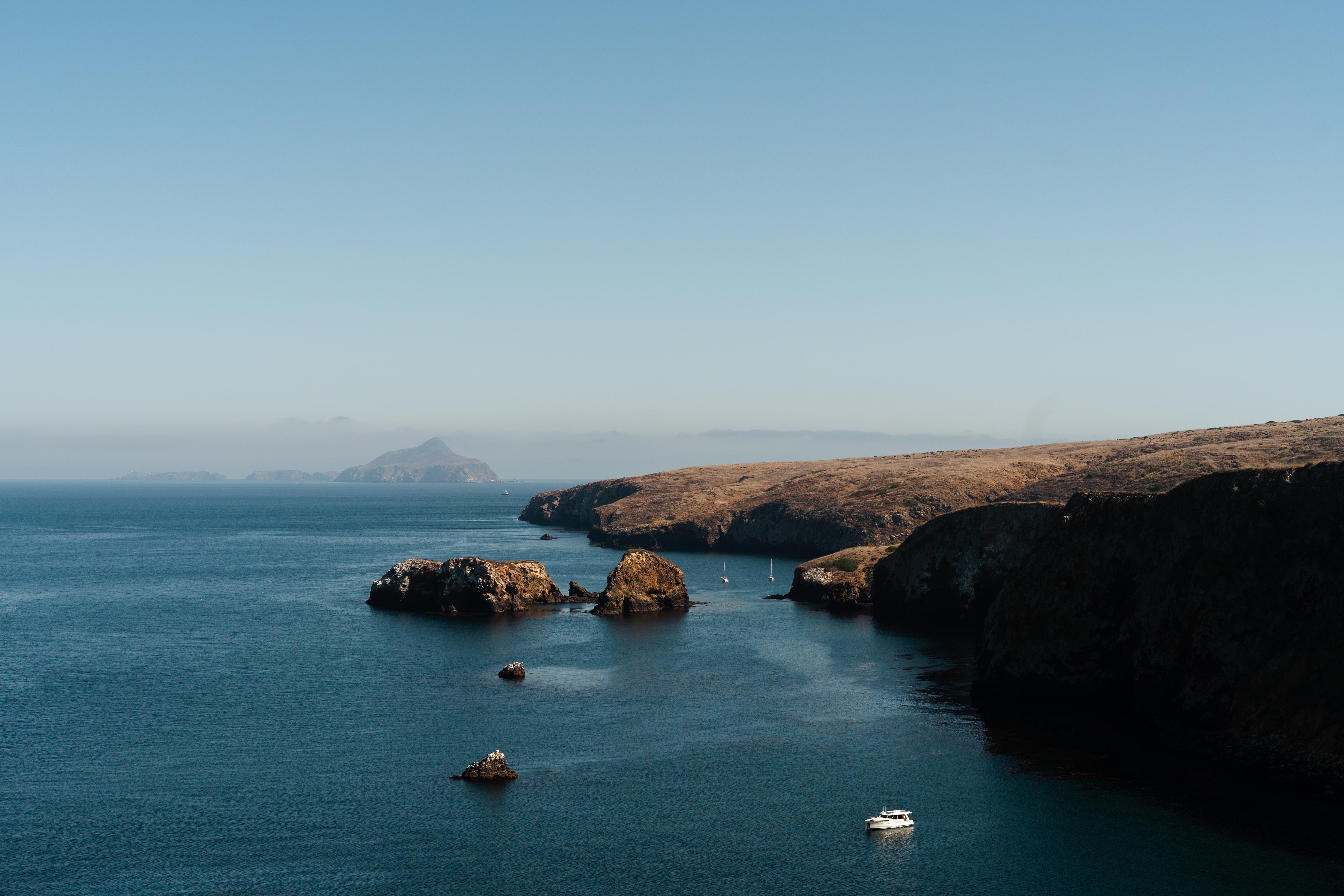 If you’re feeling like the cold season is dragging on, it’s time to start planning a winter getaway. One of the best parts about living in the United States is that a different environment or climate is often just a day’s drive away. As you plan your next trip, be sure to check out these 10 national parks to visit this winter! 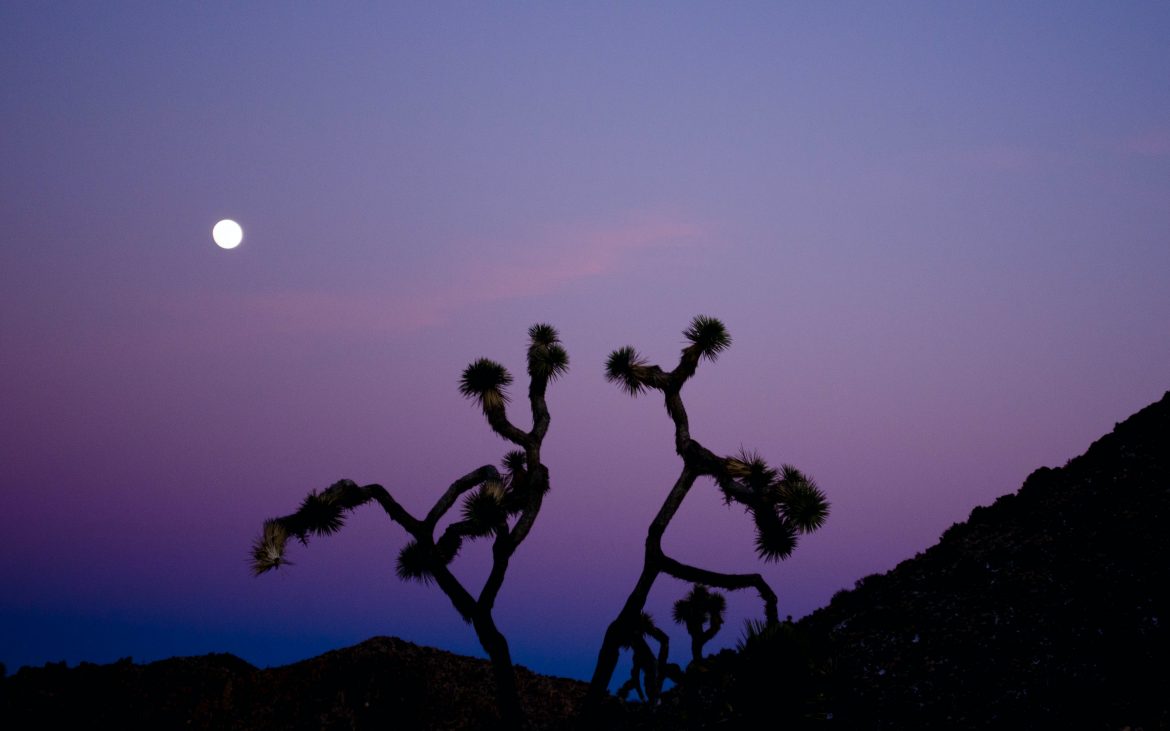 Joshua Tree National Park can receive snow during the winter, but it’s much more enjoyable here when temperatures are cooler. The summer months can be brutally hot in this park, so a winter visit is definitely preferable. The park contains the convergence of the Colorado and Mojave deserts and most visitors make their way here during the cooler months.

There are few desert landscapes that rival the beauty of Joshua Tree. The unique trees themselves will remind you of a Dr. Seuss fable. Daytime temperatures from October through May are typically in the 60s and 70s and the park is home to a wide variety of flora and fauna. 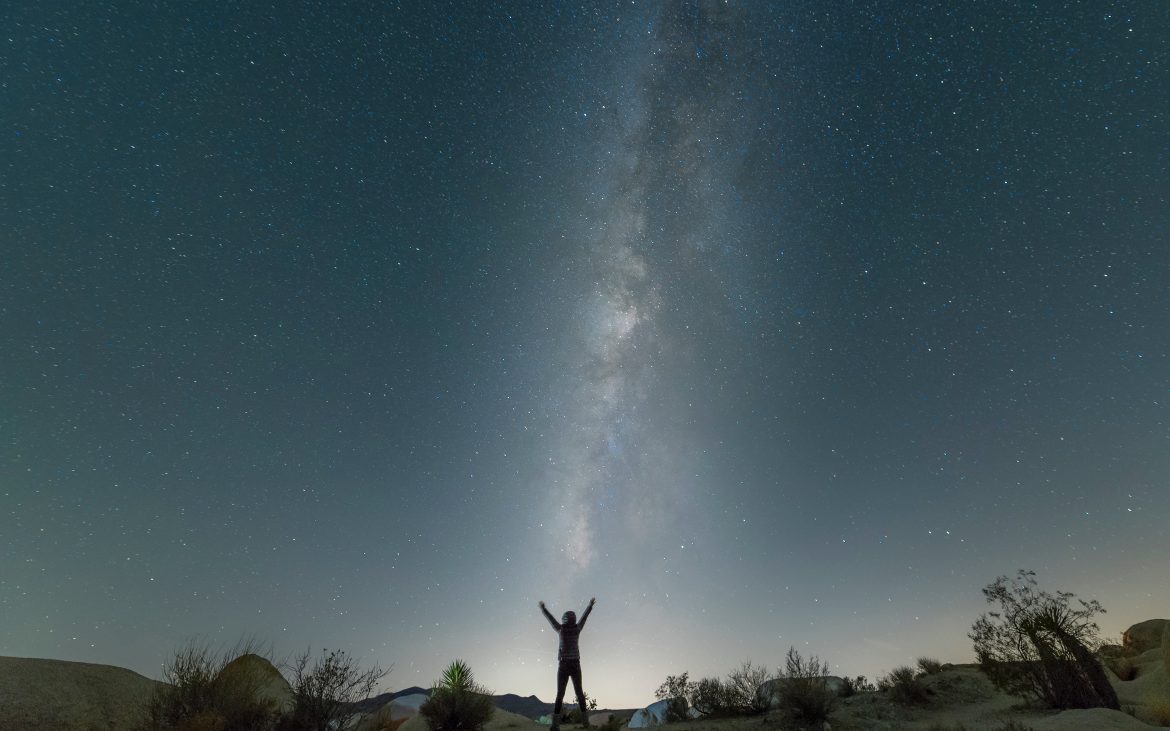 It’s a popular location for rock climbers, bird watchers, and stargazers. The park contains several interesting geologic features, clear night skies, and interesting cultural history. There are also plenty of opportunities for hiking or horseback riding throughout the park.

Carlsbad Caverns National Park is truly unique. Most national parks are well-known for incredible scenic vistas and a variety of above-ground wildlife. But most of the beauty in this park actually lies underground. It’s hard to imagine that a vast inland ocean once covered much of this region, but the visitor’s center here contains some incredible evidence of how the park’s caverns were formed. 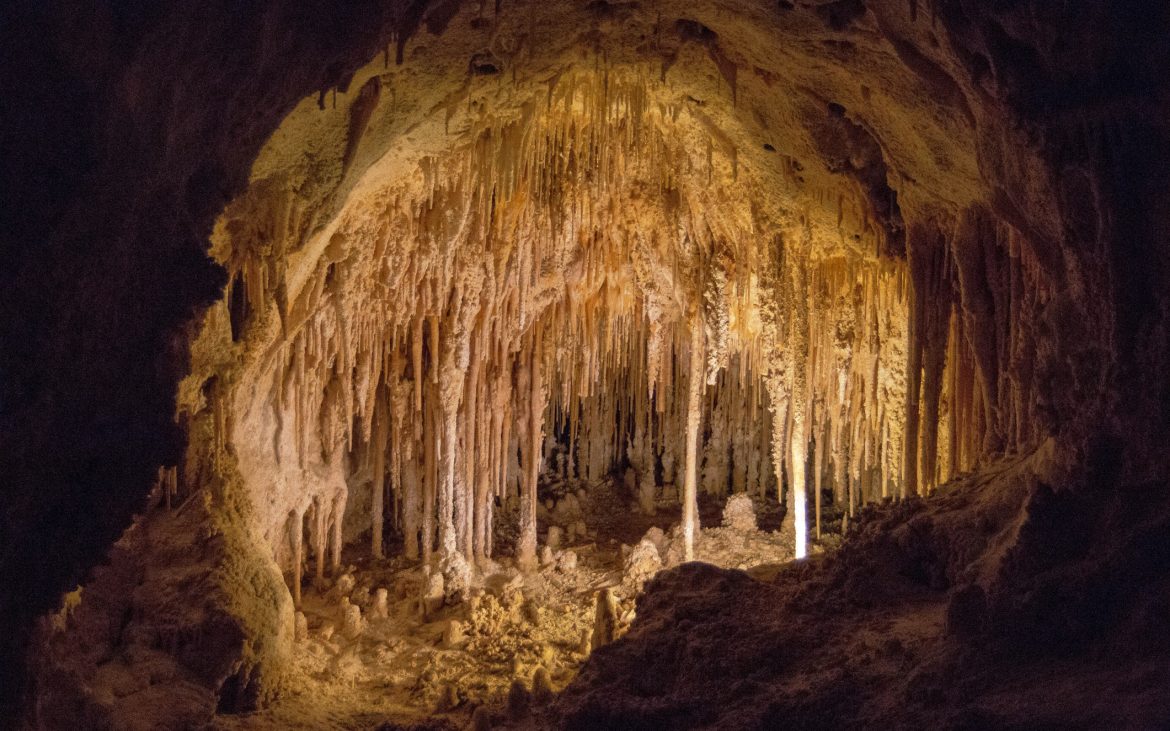 There are more than 119 caves underground in this park. The caves contain massive stalactites and stalagmites, and you can get a good reminder as to which is which! The Big Room is the largest single cave chamber in North America and temperatures in the caverns maintain a consistent 56 degrees Fahrenheit throughout the year.

Unfortunately, a winter visit to this park means you’ll miss the nightly emergence of the park’s most famous occupants – the Mexican Freetail bat. Thousands of bats spend the summer months in these caverns but they fly south to warmer climates (like Austin, Texas!) during the winter!

This park does receive colder weather during the winter months, but that only makes the contrast between the red rocks and the white snow that much more breathtaking. Bryce Canyon National Park contains the largest concentration of “hoodoos” on the planet. These “hoodoos” are essentially described scientifically as irregular columns of rock. Many will leave you wondering how the heck they were formed! 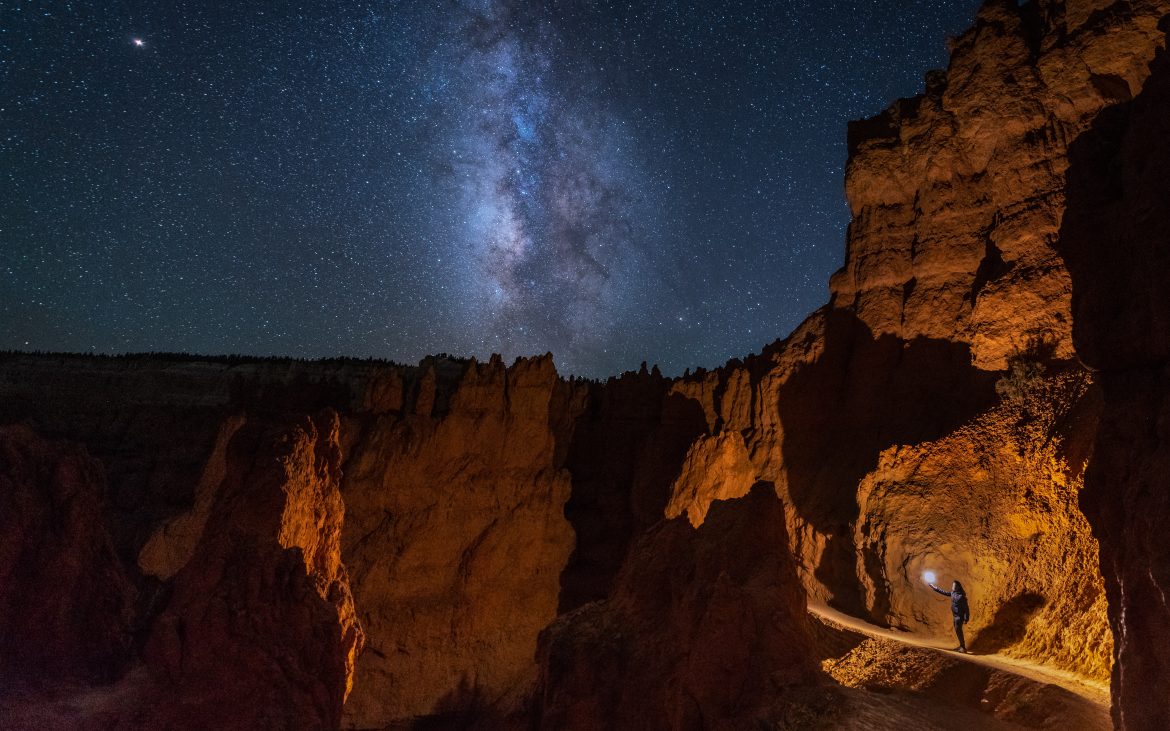 The winter months are much quieter than the rest of the year in this park. Winter temperatures are regularly below 40 degrees Fahrenheit, but that means opportunities for snowshoeing and cross-country skiing through the park. There are various groomed trails to choose from and visitors are also welcome to lay their own fresh tracks.

The park’s higher elevations offer a stark contrast from the lowlands. Visitors can enjoy a variety of wildlife communities throughout the park and an evening snowshoe or cross-country ski tour will expose visitors to epic stargazing in some of the darkest skies on the planet! 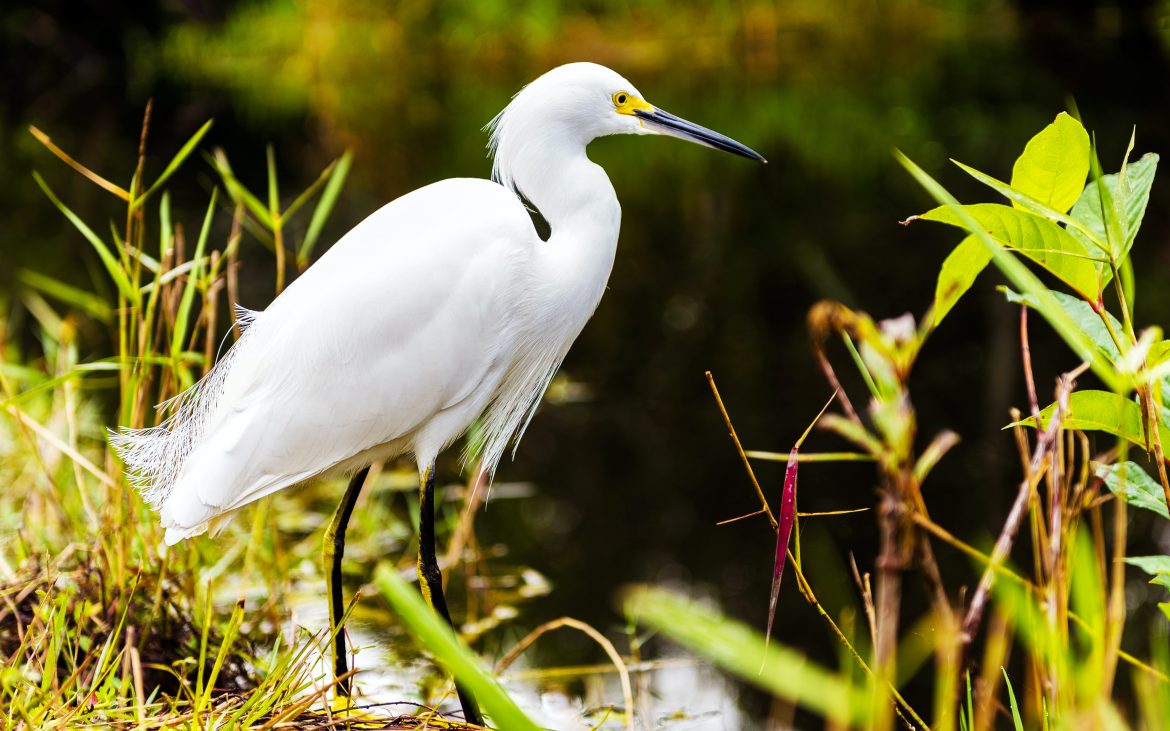 Everglades National Park is home to the largest subtropical wilderness in the entire United States. It might not be surprising that this park is quite popular during the winter months, so be sure to expect some crowds when you visit. But the weather here can be uncomfortably hot during the rest of the year, so winter really is the best time to visit.

On the Gulf Coast side of the park, you’ll be able to canoe or kayak through coastal mangroves, sawgrass marshes, and pine flatwoods. The park is a popular stop for a huge diversity of migrating birds. You might also be able to spot the “cows of the sea” (manatees) while paddling through and the park is the only place on the planet where alligators and crocodiles coexist.

This park is an internationally recognized location. It is a World Heritage Site, International Biosphere Reserve, a Wetland of International Importance, and it is protected under the Cartagena Treaty. If you really keep your eyes open as you wander through the park, you might even catch a glimpse of the elusive Florida panther! 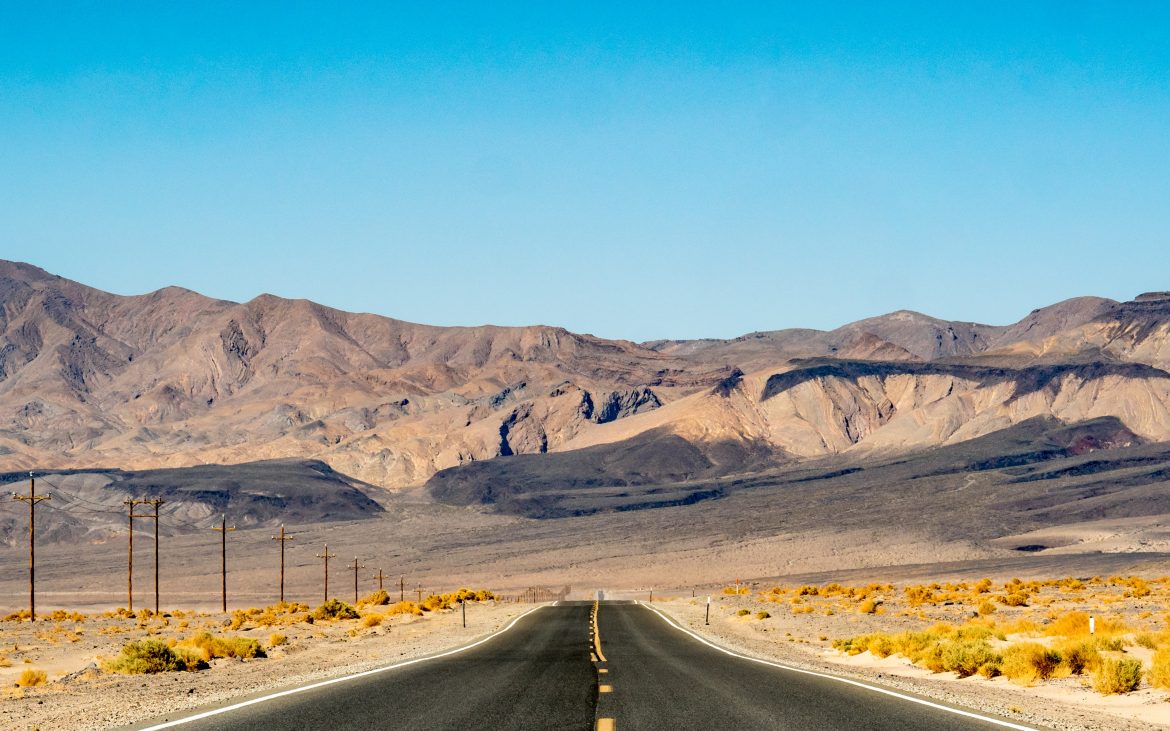 Death Valley National Park often gets the label of “the hottest place on Earth.” Temperatures during the summer regularly top 120 degrees Fahrenheit. This means that winter is really the only time when a visit to this park can be comfortable. And if you want to make the most of your visit, you have to be comfortable enough to explore (at least a little!).

In addition to being one of the hottest places on the planet, Death Valley is also one of the driest locations. The basin itself lies below sea level, but the peaks surrounding the valley are regularly capped with snow during the winter. This makes the park a true “land of extremes.”

This park is the largest in the U.S. outside of Alaska and winter temperatures regularly hover in the 70s. The park’s winter landscape makes for exceptional lighting, so it’s a popular spot for landscape photographers. Other highlights of the park include vast fields of wildflowers after rare rainstorms and a surprising diversity of life in spite of the harsh environment. 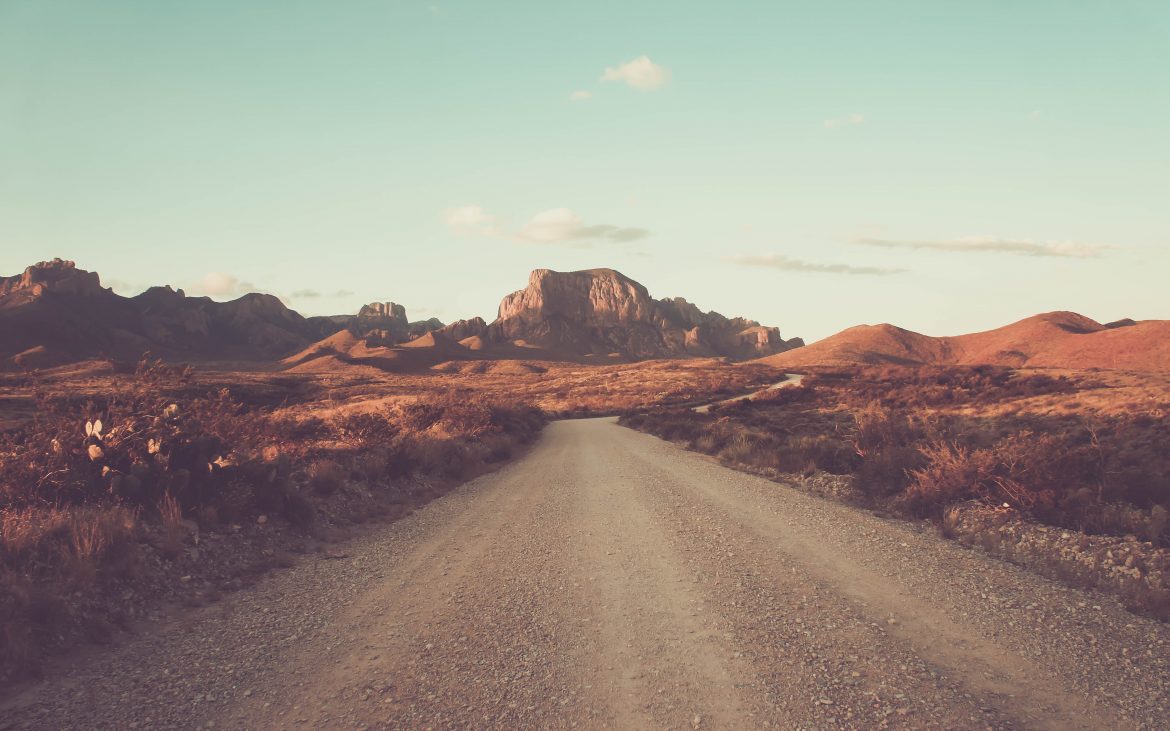 Explore the border of the United States and Mexico in Far West Texas! Big Bend National Park is one of the most isolated parks in the U.S. and it’s home to hundreds of bird species that you might not expect in this region. Because the park is surrounded by hundreds of miles of desert, migratory birds regularly take refuge in the lone mountain range in the region.

Whereas summer temperatures regularly eclipse 100 degrees Fahrenheit, winter temps tend to lie between 60 and 70 degrees during the day. Winter in the park provides visitors with exceptional hiking weather. Climbing to the top of Emory Peak (the highest point in the park) provides incredible views of just how much desert lies beyond the borders of the park.

The park is also home to the Rio Grande. Visitors can enjoy hot springs right on the banks of the river and some will even walk across the river (and into Mexico) for free! This is, of course, at your own risk and should only be attempted when water levels are low. You can also pay $5 to be ferried across the river on a small boat! 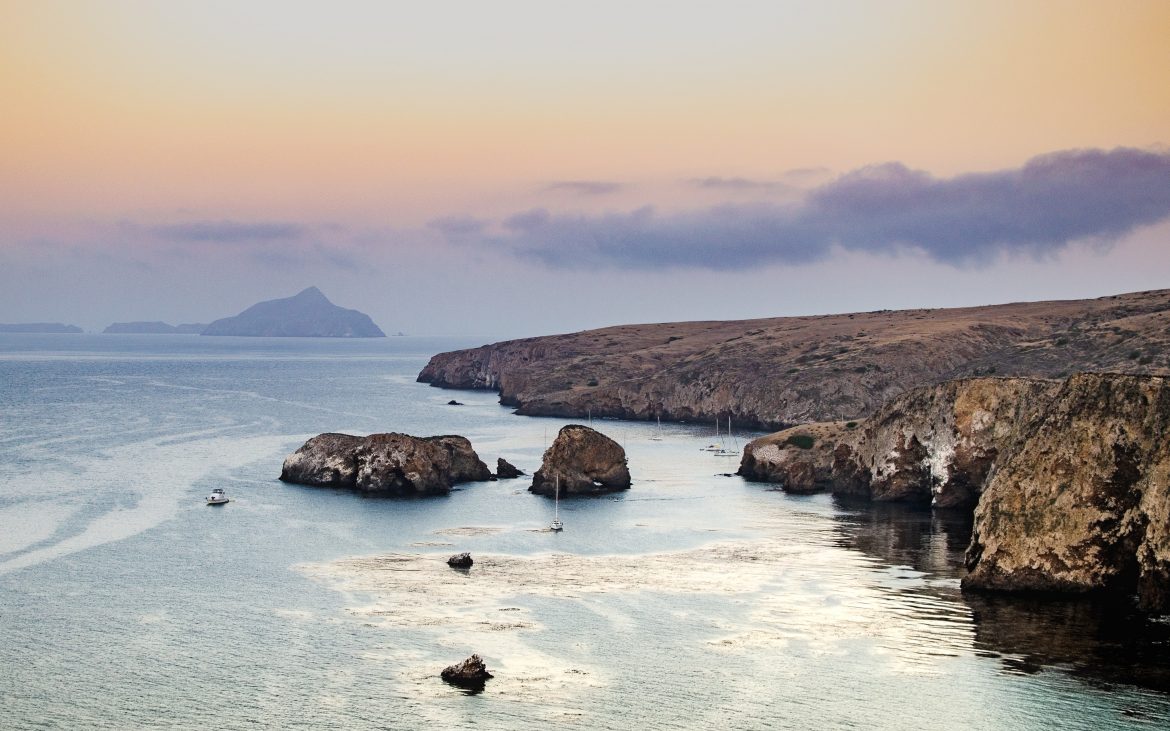 Another great location for a winter visit is Channel Islands National Park. The park lies off the coast of southern California and contains a total of five islands. Although temperatures can be cooler during the winter months, December through May is the best time for spotting migrating gray whales around the islands.

Some refer to the Channel Islands as the “Galapagos of North America.” The islands have been cut off from the mainland for thousands of years, which led to the evolution of a number of isolated species that can’t be found elsewhere. This includes the island fox, island deer mouse, and Channel Island spotted skunk.

The islands are accessible only by water or by air. If you take the water route, you’ll be able to look out for dolphins, sea lions, resident seals, and the occasional pod of orcas on your way to shore. Cruises to the islands are available through Island Packers in Ventura. Adventurous swimmers, snorkelers, and divers can enjoy the incredible kelp forest and sea caves off the coast of Anacapa Island. 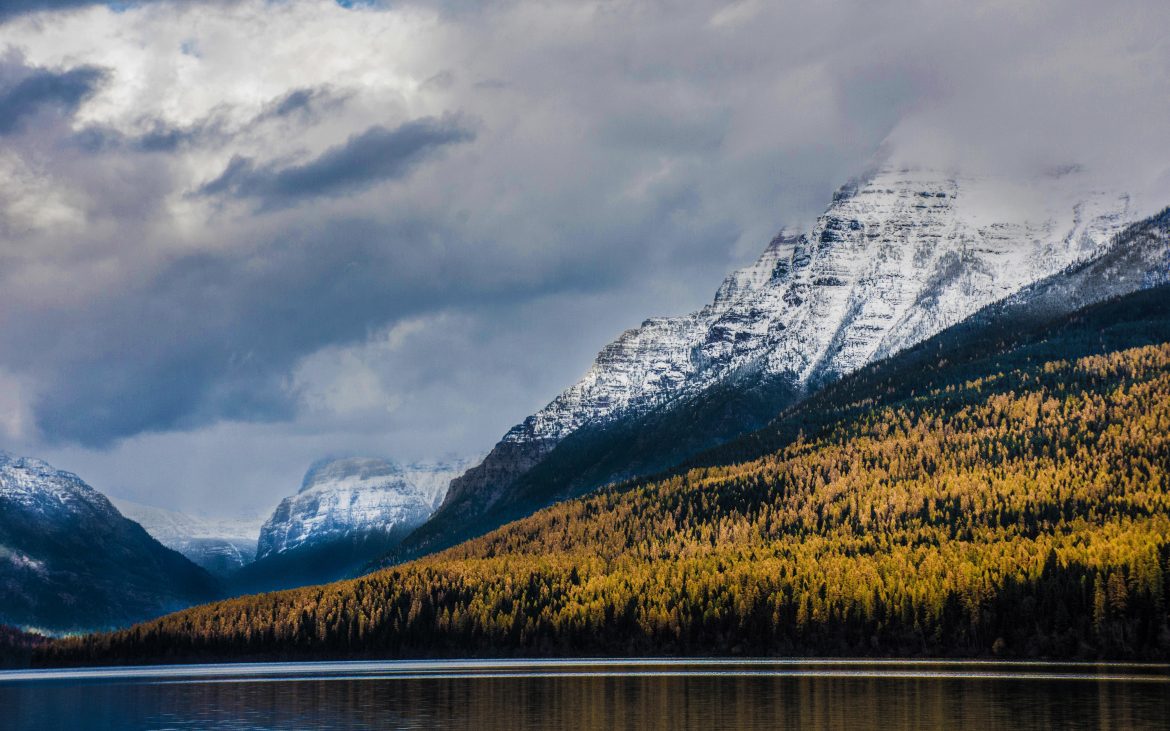 No list of national parks to visit in the winter is really complete without at least one location where you’ll have to embrace the meaning of “winter.” Glacier National Park doesn’t provide the friendliest climate during the winter months, but it’s one of the most southerly locations where the northern lights can be seen during the winter.

No, you don’t have to go all the way to Alaska or Iceland to see this celestial phenomenon! The park is home to Lake MacDonald, which is surrounded by high, snow-covered peaks and offers unobstructed views of the night sky from its banks.

The park also contains more than 700 miles of trails where you can snowshoe or cross-country ski during the winter. There are several historic chalets and lodges to choose from when staying in the park and you should also be sure to drive the famous Going-to-the-Sun Road while you’re there! 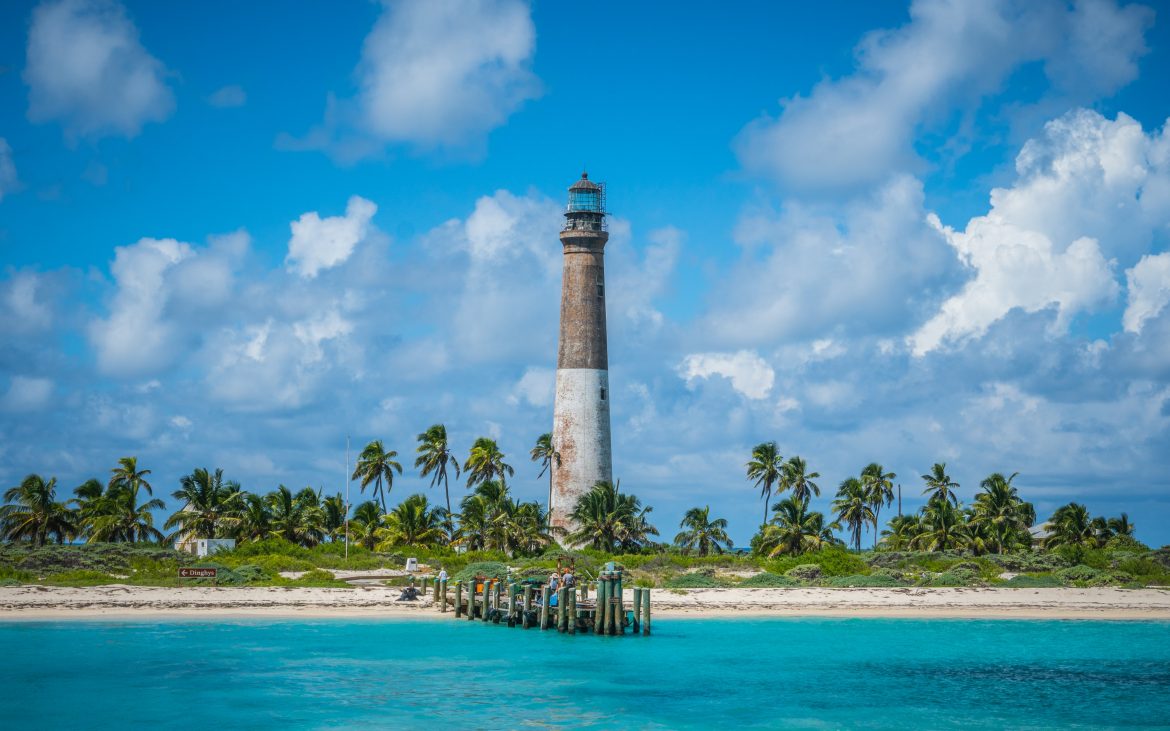 We finish our list with a national park that you may have never heard of. Dry Tortugas National Park contains seven islands, which doesn’t make it the easiest national park to get to. But that can be an advantage if you’re looking to avoid the crowds.

The park is located about 70 miles off the coast of Key West. The only ways to get there are by seaplane or ferry and it’s a great park if you’re interested in snorkeling or diving. The crystal-clear waters and abundant coral reefs make for great underwater wildlife viewing.

In addition to incredible marine life, the park is also home to Fort Jefferson. Construction on the massive fort began in the 19th century and was never completed. The purpose of the fort was initially to guard one of the most important deep-water anchorages in North America. 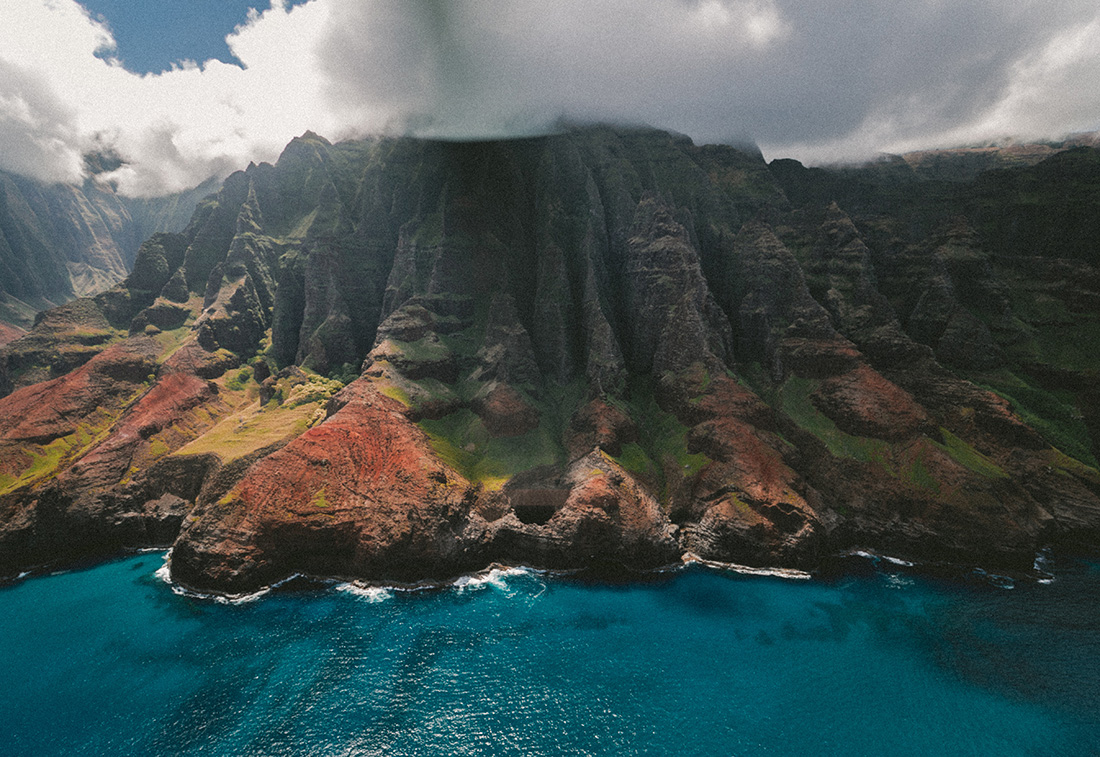 Okay, so you can’t exactly drive an RV to Hawaii, but you can still rent a vehicle from a local outfitter and hit the campgrounds that dot Hawai’i Island (the Big Island). And while you’re there, make sure you visit Hawai’i Volcanoes National Park. The tropical environment of the Hawaiian Islands is starkly contrasted by the barren nature of the lava flows. This park contains two of the world’s most active volcanoes in Mauna Loa and Kilauea.

Visitors can drive or hike to the top of Kilauea for a breathtaking look inside the “belly of the beast.” It will give you a unique glimpse into the volcanic activity that has shaped the Hawaiian Islands for more than 70 million years. In parts of the park, you’ll even be able to experience lava flowing directly into the ocean.

This is one of the few parks in the U.S. that extend from sea level to elevations above 13,600 feet. Before your visit, be sure to visit the park’s website or even call ahead to check on road conditions. Volcanic activity regularly causes road closures and, in some cases, may impact your attempt to drive up to the summit for a peek into Mauna Loa.

Which National Parks Will You Visit This Winter?

We hope you’ve enjoyed this selection of national parks. But we want to know where you’re heading this winter. Drop us a line and let us know which park is tops on your list for the coming year! 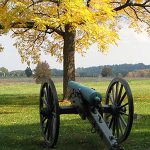 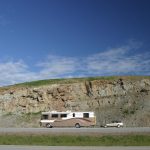