How (and why) to disable Verizon/Sprint Roaming

In addition to providing service from the cellular towers they own, most cellular providers also have roaming agreements with other providers in order to allow their users to stay connected in areas where their provider does not have their own towers. For example, if you subscribe to Verizon for your cell phone service and travel to a rural area where Verizon doesn’t own any towers, your phone will automatically connect to the tower of a local provider if Verizon has a roaming agreement in the area and you’ll be able to stay connected.

Sounds great, right? Yes and no. There are certainly a myriad of benefits to being able to roam seamlessly as you travel, but there are some situations in which staying on your own provider’s network becomes very important.

Depending on your carrier, monthly plan, and location, roaming may not cost you anything – or it may cost you a lot. Typically, cellular providers do not charge any fees to allow you to “roam” within the USA, but crossing the border into Canada or Mexico (or even connecting to a Canadian or Mexican tower from the USA side of the border if you’re close enough!) could prove to be disastrous for your monthly bill as you unknowingly rack up massive international roaming fees.

Even if you’re nowhere near a border and scary roaming charges are not an issue, it may still behoove you to use only “your” carrier’s towers rather than roaming onto another. Unless you are using your aircard in a sparsely populated area with only one tower for miles, your aircard can usually “see” more than one tower and at any given time you may be connecting to one of several different towers within range – some belonging to your carrier, and some belonging to companies with whom your carrier has a roaming agreement. Occasionally, the non-native (roaming) towers aren’t capable of providing the same service as the ones owned by your tower (for example, the Sprint/Verizon tower may be EVDO Rev-A capable while the nearby roaming tower only has NationalAccess capabilities) and you’d be better off telling your aircard to ignore those towers and connect only to the tower owned by your carrier.

Most cell phones have some sort of icon that indicates that you are roaming, but the lack of screens on EVDO aircards makes it less obvious when you are connected to another network. However, it is possible to not only check to see what network you’re on but to instruct your aircard to connect only to YOUR carrier!


Disable Roaming for Your Sprint Aircard

In order to disable roaming, you’ll need to use Sprint’s SmartView connection manager on your Mac or PC.

Windows
XP/Vista: Sprint SmartView works the same way on both versions of Windows, which makes configuring easy if you have multiple Windows machines with different versions installed. With Sprint SmartView open and your EVDO card plugged in, select the “Hardware” tab from the “Tools” menu, then click “Modify” (be sure to select the modify button for your device name) and then select “Sprint Only” from the “Roaming Selection” box. That’s it – your Sprint card will no longer roam to other networks until you disable this feature!

Mac: From the Sprint SmartView menu, select “Preferences” and then choose the Hardware tab. From here, select your modem and click “Edit Device Settings”, then select “Sprint Only” from the “Roaming Selection” box.


Disable Roaming for Your Verizon Aircard

With Verizon, roaming is a different ballgame. Because of the magnitude of the Verizon network, within the continental United States there are very few places that you will encounter roaming, so unless you live or travel near the Canadian or Mexican borders, it is unlikely your aircard will ever “roam” on a non-Verizon tower.

Like Sprint’s Smartview software, within Verizon’s VZAccess Manager there is an option to “Not Allow Connectivity When Roaming” located under “preferences”. However, selecting this option doesn’t just prevent your aircard from connecting to non-Verizon towers, it also prevents the aircard from connecting to any Verizon tower outside of your home area code! In other words, if you select this option, your aircard will ONLY connect to towers that Verizon associates with your modem’s area code – even a trip to the next town over will be considered roaming. Depending on where you activated your aircard, the area code may not even be in your same town. We do not recommend using this option to disable roaming.

What Verizon does instead is offer a US-only plan, which is identical to the standard 5GB $59.99/month BroadbandAccess plan but restricts your access to US-only towers. This is great for Verizon users living in or traveling around areas along the Canadian and Mexico borders, because international roaming charges are among the most expensive! To switch from the standard plan (which allows you to connect in Canada and Mexico at a per-MB rate but is quite expensive), the only thing that you need to do is place a call to Verizon’s customer service at (800) 922-0204 and ask them to make the change – there is no charge and your contract will NOT be affected.

RV Doctor - How do I clear my propane lines? Previous
First-Class Alabama Hospitality at Bella Terra Next 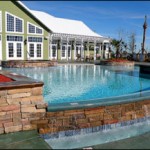 How (and why) to disable Verizon/Sprint Roaming