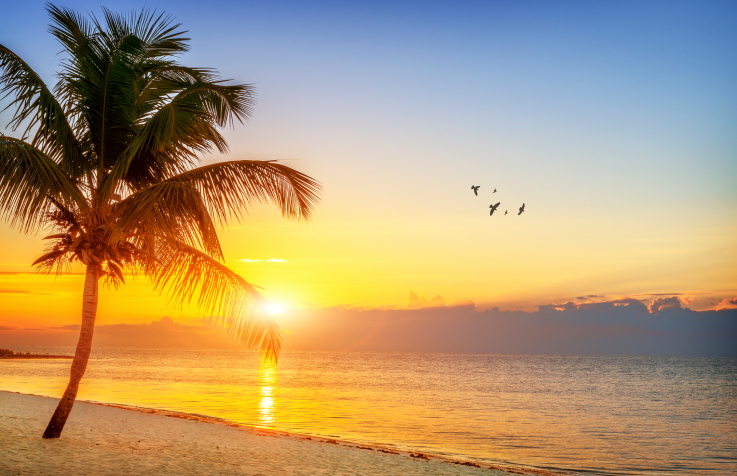 From historic towns to white-sand beaches to world-class fishing, the Gulf Coast serves up new adventures at every turn. Regardless of your itinerary, you can rely on two constants: beautiful coastlines and stellar seafood prepared with a southern flare. After this trip, you may never want to venture inland again.

Follow this itinerary from Biloxi, Mississippi, to Carrabelle, Florida. 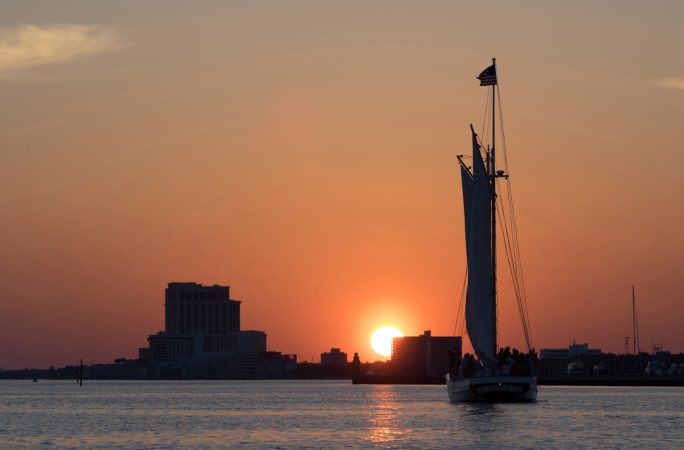 Sailing off the Gulf Coast of Biloxi

Mississippi
The whitewashed iron lighthouse on U.S. 90 has been welcoming visitors to Biloxi since 1848, back when turquoise Gulf of Mexico waters and sugar white beaches were the big attractions. These days, tourists come for the eight world-class casino resorts that make the Mississippi Gulf Coast the gambling mecca of the South. Before pointing your RV east on US 90, take a tour of Beauvoir, the post-Civil War home of Confederate States President Jefferson Davis.

Across the Biloxi Bay Bridge lies the nationally renowned arts town of Ocean Springs, with sprawling shade trees framing the town’s galleries and studios. Just east of downtown is the Davis Bayou Area of the Gulf Shores National Seashore.

Go hiking and biking through coastal forests and bird watching from boardwalks over Stark Bayou. Further down the road is the city of Pascagoula, known for its shrimp fleets. The Scranton Museum is wholly contained on a one-time 70-foot working shrimp boat. 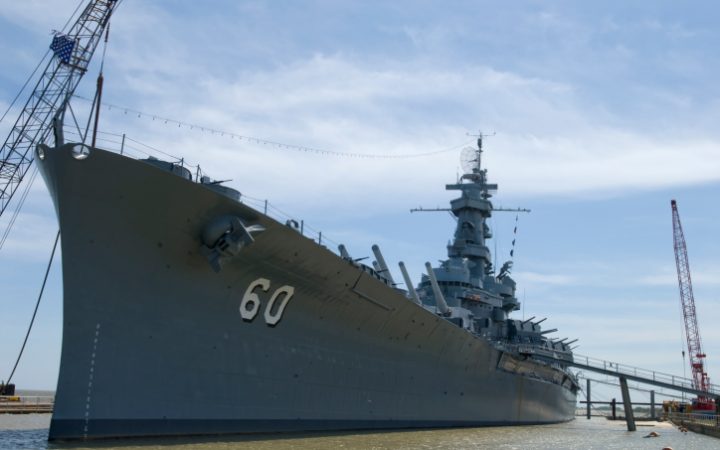 Alabama
Entering Alabama, the route swings northward along the coast of Mobile Bay, but before reaching the port city of Mobile, stop in Theodore to experience the stately Bellingrath Gardens on the Fowl River. The Southern Belle offers scenic water cruises of the property, and viewing the three million Magic Lights of Christmas is an Alabama tradition.

In Mobile, locals were celebrating Mardi Gras on the streets before New Orleans was even founded. Tours of the vibrant historic district reveal such treasures as the 160-year old Southern Market, which became city hall. The Government Street Presbyterian Church that is one of the purest examples of Greek Revival architecture in the country. The USS Alabama anchored in Battleship Park earned nine Battle Stars in World War II and is one of Alabama’s most-visited attractions. 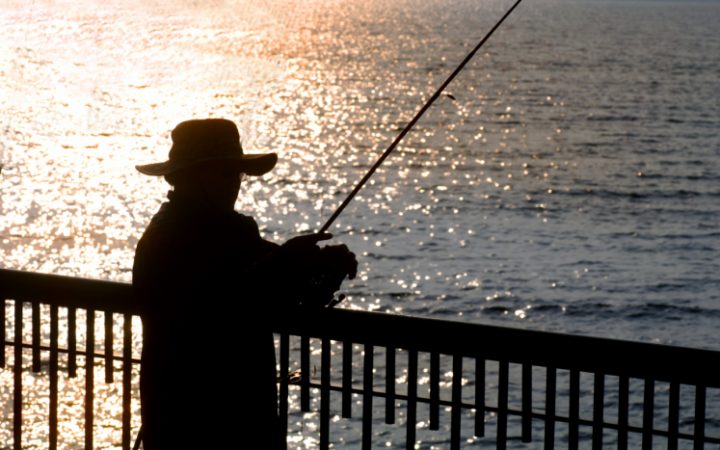 Florida
Pensacola is the metropolis of the Florida Panhandle and has been since the Spanish claimed the Sunshine State’s largest land-locked deep-water harbor in 1559. The historic downtown area of “The City of Five Flags” teems with handsome Spanish Mission architecture and the wrought-iron ornamentation of French colonizers. The yellow-brick T.T. Wentworth Jr. Florida State Museum on South Jefferson Street is housed in the old 1907 Pensacola City Hall.

In 1914, the United States Navy selected Pensacola as the base for its naval aviation operations, and the city has been a military town ever since. Across the 37 acres of the National Naval Aviation Museum are more than 150 historical aircraft that served the Navy, Marines and Coast Guard. Weather and scheduling permitting, visitors can view practice demonstrations of the world famous Blue Angels flight squadron.

Crossing Pensacola Bay on US 98, we are never far from the smell of salt air. The world’s whitest sand beaches can be sampled in a series of magnificent state parks: Henderson Beach, Topsail Hill, Grayton Beach, Camp Helen, Saint Andrews, St. George Island and St. Joseph Peninsula. But first up, a detour on Route 399 onto Santa Rosa Island delivers unparalleled driving views of the Gulf waters.

Fort Walton Beach is a year-round resort destination, and nearby, on Okaloosa Island, the upscale beach town of Destin at the mouth of Choctawhatchee Bay is known among fishermen as the “world’s luckiest fishing village.” 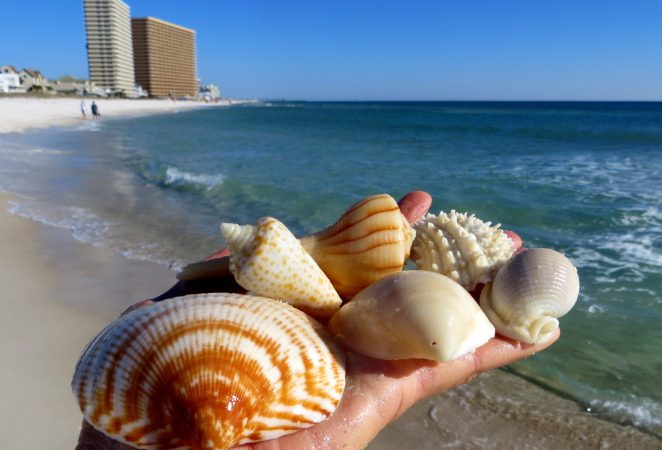 Panama City is the anchor for the Emerald Coast, complete with world-class golf, Gulf World Marine Park and one million feet of shopping and entertainment at Pier Park. Its more than 27 miles of beach playgrounds include the undeveloped 700 acres of Shell Island across the channel from the mainland.

Upon pulling into Mexico Beach we have arrived at Florida’s Forgotten Coast, a stretch of unhurried beach towns that would not seem out of place on Cape Cod. Shelling is a pastime on the water here, and much of the interior is given over to national forest land. The Apalachicola River Blueway is a paddler’s paradise, and Tate’s Hell State Forest is heaven for trekkers on the High Bluff Coastal Hiking Trail.

Located in the Panhandle of Florida just Southwest of Tallahassee, Carrabelle is the last vestige of Old Florida. Carrabelle’s waterfront combines the authenticity of a working waterfront with the fun of recreational fishing and boating. Charter fishing is readily available. Carrabelle connects to 750,000 acres of public forest for hunting, hiking, birding, trail riding or just enjoying the passage of eagles, deer, blue heron, osprey and black bear. White sand beaches at Carrabelle Beach and Dog Island beckon beachcombers, swimmers and snorkelers. A full-service airport provides for recreational flying as well as easy access to the area. 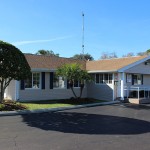 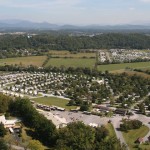