On a recent crisp fall Saturday Terry and I decided to hike up in Angel Fire, NM among the golden aspens. We were not disappointed. With a starting temperature of 37 degrees, the day remained cool, but the plentiful sunshine warmed and delighted us at the same time.

Starting out at the Elliott Barker Trailhead, near Angel Fire, we followed the trail as it paralleled highway 64, then hiked up and into the forest of aspens surrounding us. Up and up we went, at each turn being treated to a view of the town of Angel Fire and the ski runs across the way. We followed a rocky, gravelly road for several miles, and then came upon a beautiful mountain meadow. The trail meandered through and around the meadow for a time, before entering the forest again.

Once in the forest, we again began to climb. We ascended for about another mile until we eventually reached the top of the ridge and began to descend. We were hopeful of finding Apache Pass, a landmark that the signage had promised us was up ahead, 1.25 miles past the last sign we saw. This would be the historical counterpart to the Devisadero Trail that marks our favorite winter hike. Located in nearby Taos Canyon, the Devisadero Peak hike was the subject of a post last winter and marked the lookout point for Taos Pueblo Indians watching for Apaches approaching from the south and east, coming to attack the pueblo. The pass we sought marked the point of their emergence to head down the canyon toward the pueblo.

On we hiked, continuing to descend. Eventually we came to a gate and telephone lines. We stopped and ate an apple and Clif bar, contemplating our next move. The trail divided, heading both south and west, but there were no signs. We spotted another hiker and asked him if he knew the whereabouts of Apache Pass. “This is it!” he informed us, as he hiked on by. We had reached our destination!

After our snack we headed back the way he had come, behind our fellow hiker and his dog. The circle felt complete. We had set out in search of Apache Pass several times last year but had not reached it due to impending thunderstorms. We had hiked Devisadero Trail many times last winter, each time lost in the romance of Pueblo Indians standing lookout to protect their village. Now, by reaching Apache Pass, we had closed the circle, witnessing the point from which the ancient threats had arrived. It was a good day!

Read more about New Mexico campgrounds and things to do in New Mexico. 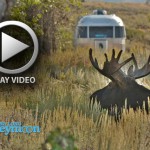 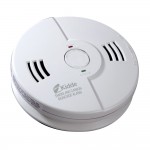