Our plans for this past summer changed abruptly in May as we began the process of finalizing arrangements. We had been planning for six months to head west by way of Idaho and stop along the way to climb to Idaho point, Borah Peak. Our 18 year old son had devised this plan as he was anxious to attempt a more difficult climb than those we had previously completed. Borah boasts a stretch of terrain over a mile in length called “Chicken Out Ridge.” The reason for the moniker is obvious—it is a mile and a half of the most exposed and frightening terrain one can imagine in a non-technical climb. Trust me, while I have not actually been there, I have poured over hundreds of photos of this ridge posted on the web. I had to know what I was getting myself into.

Just as I had started to feel comfortable with our plans, or at least resigned myself to the fact that I could try the climb (after all, I could always “chicken out” if I felt the need, right?), we realized there was a glitch in our agenda. We were planning on leaving Wisconsin on July 14th and spending our first night in relatively flat North Dakota. Our second day would take us into Idaho and that night would be spent near the Borah Peak trailhead in preparation for the climb. The hike would begin at an elevation of 7,450 feet, but it would not be until the end of that second day that we would arrive at that elevation.

The plan was to begin the climb on the morning of Day 3 and hike up to the summit at 12,662 feet, a gain of 5,250 feet in elevation. The hike covered a round trip distance of 6.5 miles and was predicted to take 7-12 hours. While I was looking at the photos of the Ridge, I was also reading summit posts of others’ hikes of this peak (some of whom had actually chickened out in fact). Reports of altitude sickness were common, even after spending several days at elevation. Given our plan to pull in late in the evening before our hike, there was no way for us to be sufficiently acclimated to the elevation to be able to undertake and successfully complete the climb.

Further, we had two other stops planned for the trip. After Borah, we planned to head to the west side of Nevada to climb Boundary Peak, also a challenging six mile round trip hike to an elevation of 13,143, though not as demanding as the Idaho highpoint. After spending two days there, we were again on the road and heading for a few days R and R at our vacation home in Taos, NM. Even though we do have someone keeping an eye on the place when we are not around, we felt an obligation (as well as a desire to see it again and spend some time there) as long as we were out west, to stop by and check it out. Given this rather demanding itinerary, there was really no way we could re-route our schedule to safely undertake the summit of Borah Peak this year. Our plans would have to be changed. To be continued…

For more information about how to spend your time while camping, search for camping activities and things to do while camping. 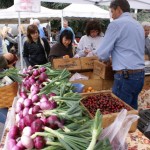