While we were on the east coast this spring, one of the most enjoyable stops that we made was to Boone Hall Plantation near Charleston, SC.  I had never been to a plantation, and that was one of the things that I really wanted to do while we were in the southeast.

Upon entering the grounds, you drive down an oak lined lane who’s trees were planted in 1736!.  Parking was close to all the attractions, and there was so much to do at Boone Hall.  We toured the beautiful main house – the period-attired guide took us through the main floor of the home, which is occupied by the current owners when they are in town.  Next to the plantation house is a beautiful flower garden that the girls and I really enjoyed walking through (and photographing).  We also rode through the grounds in a covered ‘trolley’ while the guide told of the current and past crops and ventures of the plantation.

The plantation originally had 27 slave cabins, and we  were able to walk through the remaining 9 standing cabins.  Made of bricks produced on the plantation by plantation slaves, each of the cabins feature a different aspect of the slave’s life; everything from religion to basket making/quilting.  The kids really enjoyed this part of the grounds as the displays were interactive, and some of the cabins had films about that particular part of the slaves’ lives.

Without a doubt, however, our favorite part of the plantation was the Gullah show.  ‘Gullah’ is a unique culture that was adapted by the African slaves after they were brought to this area.   Put on by a local lady, the program told about the life of the slave: details about how they were treated, what was expected of them, what life was like on their own time; and she wove their belief of God in throughout the presentation, which we very much enjoyed. She then told a story – telling the first half in everyday English, and the second half in Gullah. It was great! Everyone hung on her every word, both because you really had to listen at first to understand the words, but also because she was so entertaining! (we thought about watching her program again!) She has a great sense of humor, and was very congenial – we felt right at home around her.

After our visit to the past walking through the plantation, we headed across the interstate to the Boone Hall Marketplace which sells crops harvested on the plantation itself, and is also a great little gift store, flower shop, and deli/ice cream counter.  We picked up some local veggies, some ‘she crab soup’, and some Gullah spices to remember our visit by.  Looking back, there was a beautiful bowl, decorated with a bird, in the gift shop; I wish I would have purchased it!   Hope that they have one next year when we stop by!!!

We enjoyed our plantation experience very much, and are still enjoying our own pictures, contributing to Boone Hall’s claim of being the most photographed plantation in the US.  Check it out (and photograph it) for yourself! 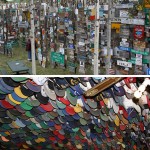 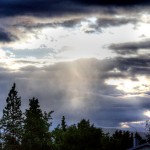