Winchester is Virginia’s oldest town west of the Blue Ridge Mountains. George Washington had his first job here as a surveyor and was elected to his first public office as a county representative. As a major supply route on the American frontier, the town changed hands some 70 times during the Civil War. The Civil War Orientation Center points history buffs to key Shenandoah Valley battlefields, forts and parks around the Winchester area.

Today, a walk down its streets is a pleasant trip down America’s colorful past. And the most common names heard around Winchester are Stayman, Pippin, Winesap, Black Twig and, most importantly, York Imperials. They are apples, and some of America’s largest apple packing houses do business in the valley. The Shenandoah Apple Blossom Festival began as a way to admire the spring blossoms in 1924 and is now a ten-day extravaganza with some of Virginia’s largest parades.

Equally fascinating is the Blandy Experimental Farm and State Arboretum. This boasts more than 5,000 trees from across the globe for visitors to study. Sky Meadows State Park, a crown jewel of the Virginia parks system, features a slice of the Appalachian Trail among its many signature hikes. 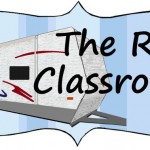 Travel With Kids: An Educational RV Vacation Previous
Civil War History Lives on in Gettysburg Next 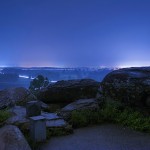