Hiawassee and Young Harris in Towns County in northern Georgia are prime outdoor destinations in the northeast Georgia Mountains. Located in the foothills of the Appalachians, Towns County has some of the most breathtaking views in the Southeast. Bell Mountain provides one of the best.  Located just outside the city limits of Hiawassee and recently made more accessible with the paving of a road and parking area, Bell Mountain Historical Park provides a nearly 360-degree view of the prestigious mountains surrounding Lake Chatuge.

But the view starts once you’ve reached the parking lot.  An observation deck rises high above this 18-acre summit and can be reached by climbing “only” 115 steps!  But Bell Mountain was historically used for much more than sightseeing… it once belonged to the Cherokee Indians and remained in their possession until the Indian Removal Act of 1830. The top of Bell was also used for mining quartzite in the 1960s and the remains from some of the blasting (large white rocks) can still be seen at the backside of the parking lot. 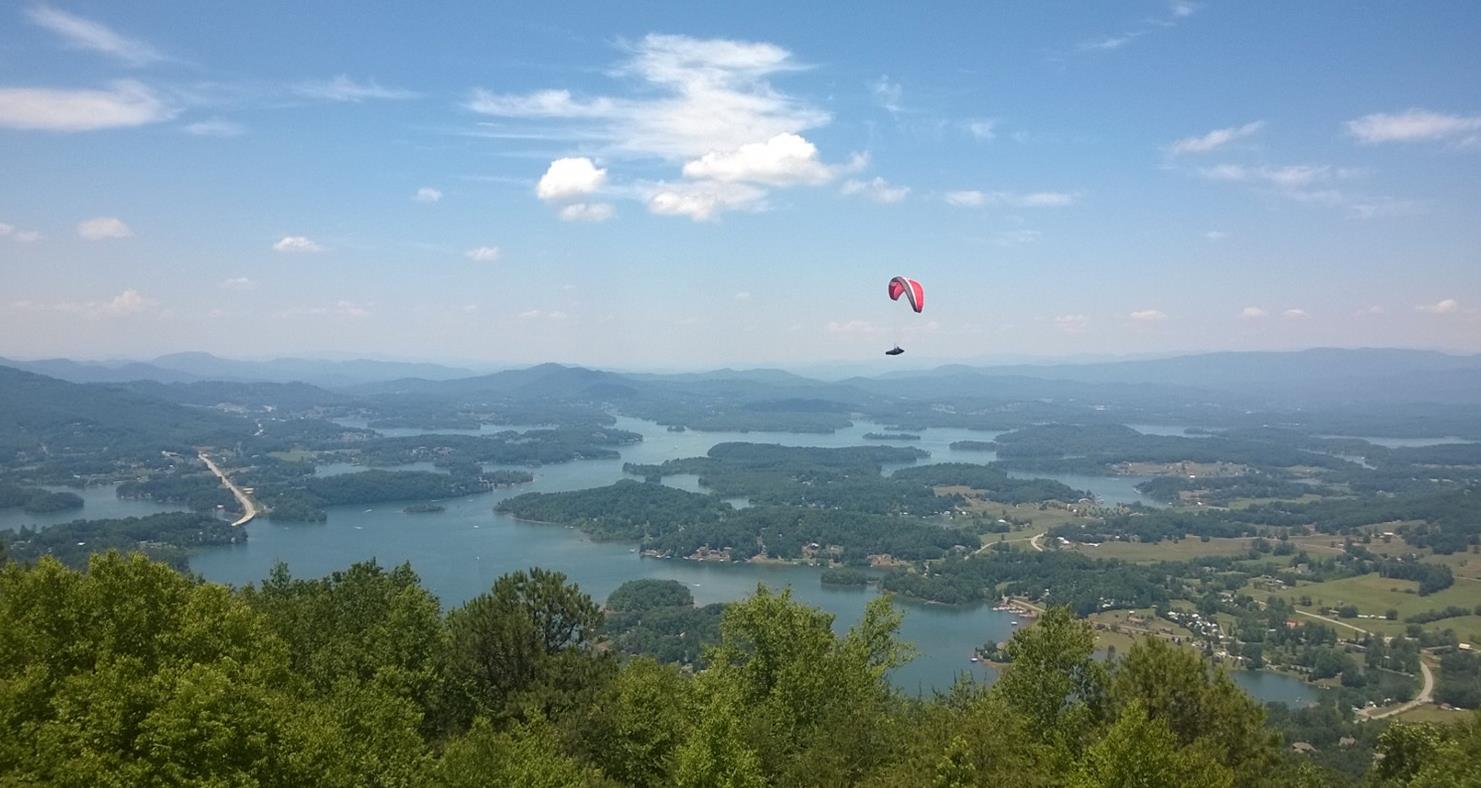 A paraglider over Bell Mountain.

Even before the parking lot and access road were paved, Bell Mountain was and still is a favorite among paragliders. On a day when the wind currents are just right you may see paragliders running straight off the side of the mountain and soaring high above the mountains and the lake most certainly enjoying one of the best views of their lifetime.   And then there is the history of the graffiti that appears on most of the large boulders surrounding the parking area.

While some folks think the graffiti on the rocks is destructive, long-time citizens of the county know that this is a part of the history and “color” of Bell Mountain.  Some of the graffiti has been on these rocks for over 50 years and depicts a “coming of age” for some high school and college students, when the mountaintop could only be reached by foot, young people were dared to climb Bell and leave their mark. Intended to be found only by other young people that made the climb, the graffiti has now become part of the uniqueness of this destination.

An American flag waves above the observation deck of Bell Mountain.

But far and beyond any of the other enchanting characteristics of this location, and one of the most photographed sights in the County, is the American flag just off the observation deck. Watching the flag wave in the wind atop Bell Mountain looking out over the oldest mountain range in the U.S. will put a lump in your throat and goosebumps on your arms.  And, if you time your trek to the top deck at just the right time, you may see the eagles that nest on the cliffs off the east rim of Bell Mountain. Often eagles can be seen flying over the summit. And there is truly no better sight to see than eagles soaring high above the American flag waving proudly from the top of Bell Mountain in beautiful Towns County. 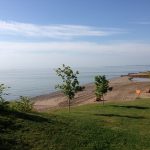 Campers Cove: Lakeside Fun for the Whole Family Previous
From the Desert to the Mountains – Southern California... Next 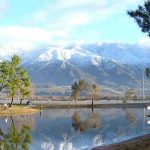