75 Years on the Alaska Highway 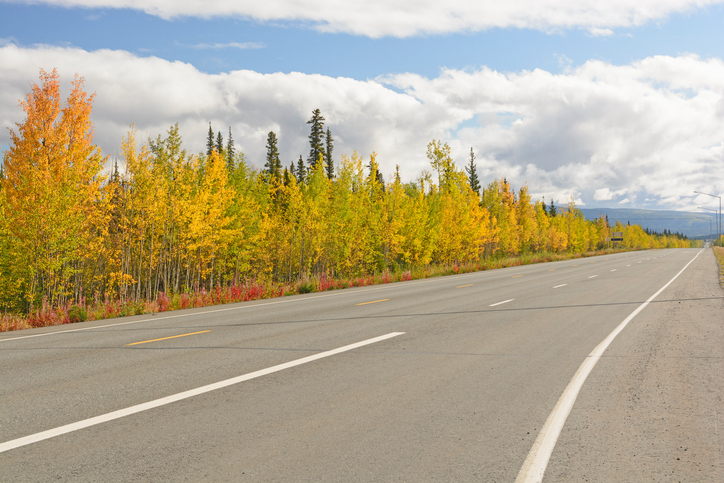 This year marks the 75th anniversary of the Alaska Highway, the 1,422-mile long ribbon of asphalt that crosses stunning terrain between Dawson Creek, British Columbia, and Delta Junction, Alaska.

For RVers, the so-called AlCan (short for the Alaska-Canadian Highway) is the ultimate travel adventure. The mountainous scenery and recreation possibilities along this stretch of highway are unparalleled, and the stops along the way have become iconic. Highlights range from photo ops at Mile-Marker Zero in Dawson Creek to the Signpost Forest, an attraction in Watson Lake, Yukon, that features more than 77,000 signs of hometowns from visitors from across the globe. Other popular attractions along the way include the SS Klondike on the Yukon River in Whitehorse. Who could pass up the chance of prospecting for gold around Tok, Alaska? These and several other stops in between bring travelers to the highway again and again.

RV the Alaska Highway Past and Present

Long before RVers cruised along the highway, the corridor bustled with construction vehicles and military trucks. Following the United States’ 1941 entry into World War II, President Franklin Delano Roosevelt authorized the U.S. Army Corps of Engineers to construction a transportation artery along the rugged, undeveloped region of Northwest Canada to Alaska. The goal: a highway for the deployment of soldiers and supplies to ward off a possible invasion of America from Japan. A massive construction push involving 11,000 troops and costing $142 million gave birth to a crude roadway in 1942. 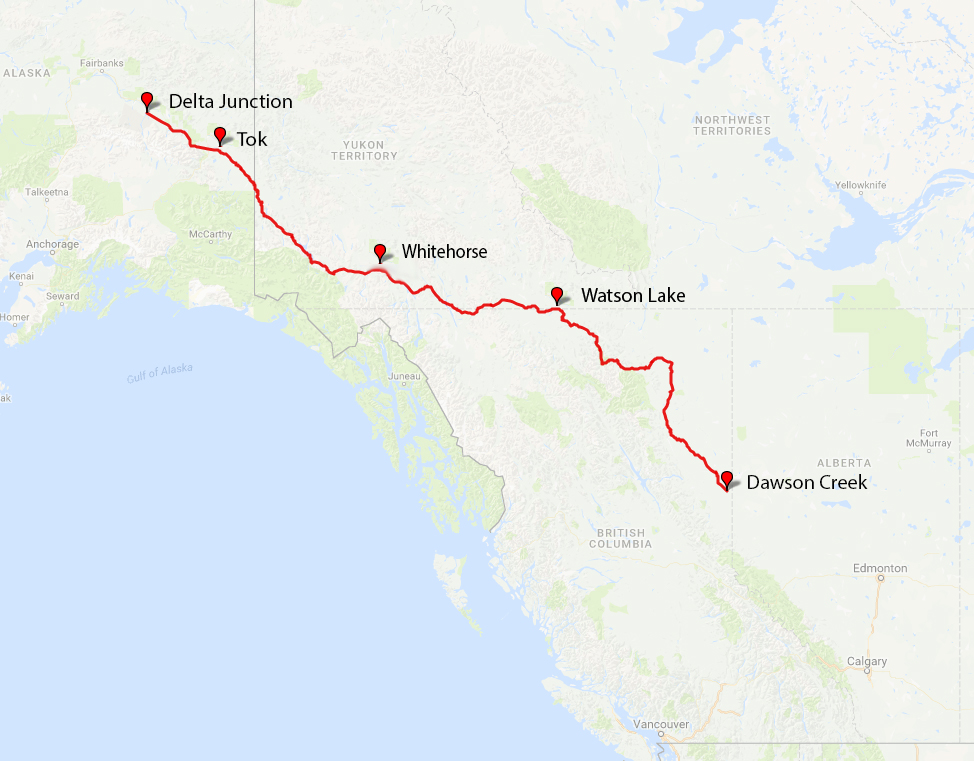 Over the decades, both Canada and the United States have overseen the corridor’s transition from military to civilian usage, paving its surface for both leisure and commercial traffic. During the warm-weather travel season, motorists enjoy long summer days and stellar views. May and June tend to be less rainy than July, but weather along the AlCan is unpredictable.

For many RVers, the highlight of the trip is milepost 1221.8, the U.S. Customs Border Protection Station at Port AlCan. Not only is this is the crossing between Alaska and Canada, but it’s a fantastic photo op in its own right. The highway’s terminus at Delta Junction, more than 200 miles to the northeast, opens up even more possibilities. From this town, visitors can hop on the Richardson Highway and head 95 miles north to Fairbanks, home to the annual Midnight Sun Festival and launching pad for adventures near the Arctic Circle to the north and Denali National Park to the south.

In the coming months, the towns along the highway will hold celebrations in honor of the AlCan’s big 75. Check out the Alaska Highway Road Show, a series of exhibits and musical performances that celebrate the major route’s passage through Canada. In Dawson Creek, the Peace-Liard Regional Arts Council has launched a 75th Anniversary Song Contest. On the U.S. segment of the highway, the town of Delta Junction has begun planning a series of celebrations, including recognition of the highway’s African American laborers.

Start planning your trip today! In the coming weeks, the Good Sam blog will feature articles designed to help you get the most out of your visit to Alaska. We’ll also provide helpful tips in making the epic trek north. So buckle up and start celebrating the AlCan’s 75th birthday. 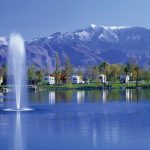 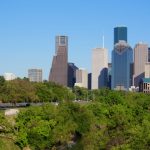