I took my girls to northern California on a camping vacation. We had so much fun. We saw the Giant Red Wood Trees, we saw Lake Tahoe, we went white water rafting on the American River, we explored Alcatraz and rode a trolley car in San Francisco. We spent almost two weeks up there fooling around. There are always special moments that stand out in your mind when you get home. One of our special moments from that trip was also one of the least expensive things we did.

I took the girls on a scenic drive one afternoon up the coast on Highway 1, because a nice lady I met in San Francisco recommended that I take the girls to see Fort Ross. I really did not know what to expect and was pleasantly surprised. The girls saw it first and once they figured out that it looked like a real old fort they could not wait for me to get the car parked.

“The fort is situated atop a mesa which is surrounded by ravines which abut the sea. It is constructed of redwood planks (there is no other wood used in any of the structures) and forms a palisade. It is four varas high, uniformly, and is surmounted by a beam set with pointed stakes intended to dissuade any assault. It has three gates: one to the northeast, one to the west and one to the southeast…” Diary of Fr. Mariano Payeras, 1822.

What a fantastic place this was. I have never been any where quite like it. I almost kept up with the girls as they jumped out of our pickup and took off looking for a docent or a sign that would tell them what we found. It didn’t take long for us to learn that this was an old Russian fort, Fort Ross.

Fort Ross was established by the Russian American Company in 1812. The girls found the docent they were searching for and received a personal tour. The place was fascinating. I think my oldest enjoyed pretending to light the cannons and blow her sister to kingdom come the most. The girls ran from building to building and cannon to cannon in pure delight. Education should always be that much fun.

Fort Ross was built to support the Russian settlements in what is now Alaska. Unfortunately, only one building is original, the others have been reconstructed. But the reconstruction was done very well and you would never know if the docent didn’t tell.

There is nothing like a fort to bring out the imagination. What better place to have fun than a true historical landmark. Fort Ross is educational and incredibly fun! When it was time to climb back in the truck and head back to our campground we really weren’t ready. But, Fort Ross was closing and we were getting hungry so we went back to camp with wonderful memories and a few pictures.

Find campsites for your visit, at Woodall’s. 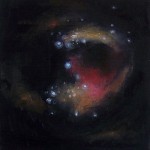