Many vacationers come to Elephant Butte for its namesake lake and state park. Some travelers return to the same region year after year, making new discoveries with every visit.

Elephant Butte Dam, started when New Mexico was still a territory, plugged the Rio Grande River for irrigation purposes to create the reservoir. Considered an engineering marvel when it was completed in 1916, the concrete dam was the largest in the country at the time and is the driving force behind the Elephant Butte National Register Historic District. The pachyderm-shaped volcanic monolith that suggested the region’s name became an island in the lake.

The shoreline is speckled with sandy beaches and developed and undeveloped areas for recreation. The Audubon Society has designated the lake as an Important Bird Area for birdwatchers. Marinas offer anything from houseboats to ski boats to pontoons and kayaks to those looking to ride on the water. Under the lake surface reside record New Mexico fish including striped bass, sunfish and catfish. In September, the skies above the lake fill with all shapes and colors during the Elephant Butte Balloon Regatta.

The twin towns of Elephant Butte and Truth or Consequences, known quickly as T or C, grew up to support the construction of the dam, mostly with liquor and gambling. Today they support recreation seekers instead, doling out services from Southwestern-style downtowns.

Of the two, T or C is the larger and even manages to trump its neighbor in “most unusual place name.” It was just an ordinary spa town called Hot Springs until 1950, when Ralph Edwards, presenter of a popular national radio program called Truth or Consequences, announced he would host his quiz show from the first town that renamed itself after his program. Hot Springs jumped quickest; Edwards came the next year and continued to come back to town for 50 years after that when he was not on the air.

The mineral waters ranging from 98 to 115 degrees still flow into the Hot Springs Bathhouse Historic and Commercial District as they have for 50 million years or so. Not only do the soaks in the town’s 10 commercial bathhouses have no unpleasant odor from the geothermal stew of 38 minerals, but the main ingredient of chloride purifies the water and sterilizes the skin.

Elephant Butte is only the largest of the local Rio Grande impoundments. Twenty miles downstream, Caballo Lake serves up many of the same pleasures on a more intimate scale with the Caballo Mountains framing the waters. Its state park has developed an impressive signature cactus garden. Percha Dam has its boosters for quality fishing and camping as well and it is unrivaled for its birding, which some ornithologists maintain is the best along the entire length of the Rio Grande River. 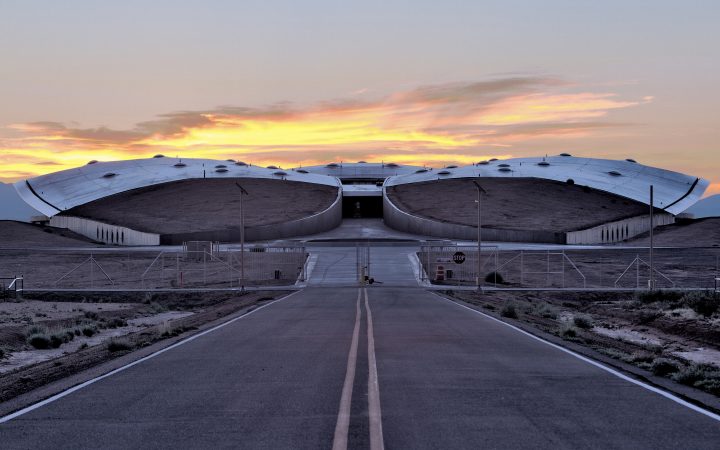 For real imagination, however, little can compete with Spaceport America, Virgin Airlines’ base for commercial galactic travel, which is building on 18,000 acres south of Elephant Butte. Bus tours show off the facility, and the public is invited to launches and other space-related events.

While you have to wait for that trip to space to hunt moon rocks, the New Mexico landscape has the next best thing. Rockhounding is a state passion, and the Rock Shop on Broadway in Truth or Consequences will get you started. Green fluorite and many types of quartz are common finds, and the area around Elephant Butte, once an ancient seabed, yields the occasional banded agate that is seldom found elsewhere.

The word “museum” almost doesn’t seem broad enough to describe the range of artifacts found in the area’s eclectic museums. The Geronimo Springs Museum in Truth or Consequences finds room for everything from prehistoric Southwestern pottery to a life-size wax statue of Geronimo to an authentic miner’s cabin. The Blank Range Museum in Hillsboro preserves the history of a 19th-century gold mining community that was once the county seat.

Over the years after vacationing at Elephant Butte for so long, many have started retiring into Sierra County as well. This is spawning an ever-expanding range of dining choices.

Why Snowbirds flock to Yuma, Arizona Previous
Meet Your Go-To RV Park in Daytona Beach! Next 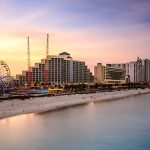