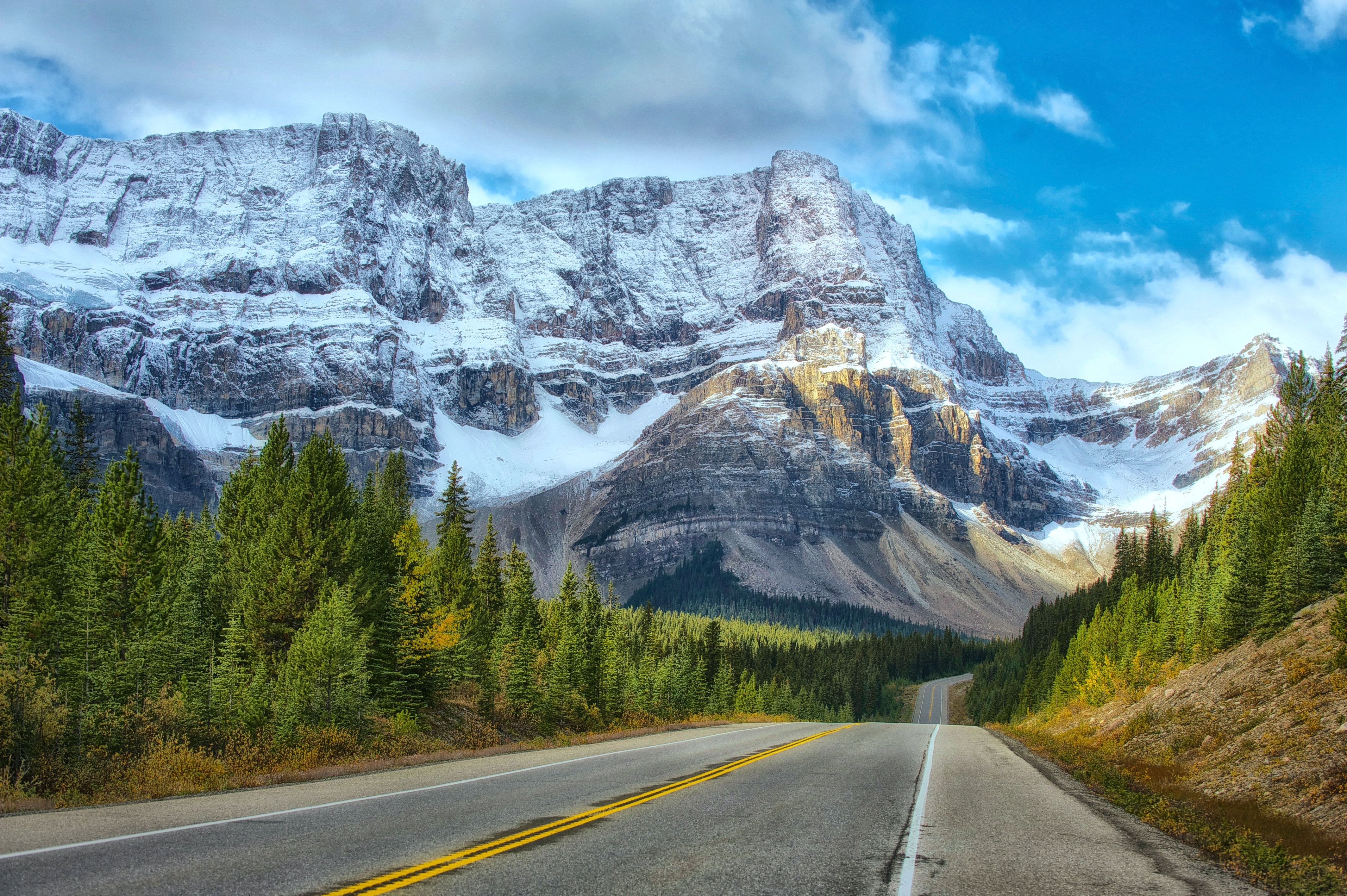 Crystal-clear lakes, glacier-carved mountains, and dark star-filled skies are what make Canada every traveler’s dream destination. Nature preserves offer visitors easy access to wilderness in the Great White North. For each province and territory in the country, we’ve listed down these 12 Canadian National Parks you don’t want to miss, including those you might not have even heard about! 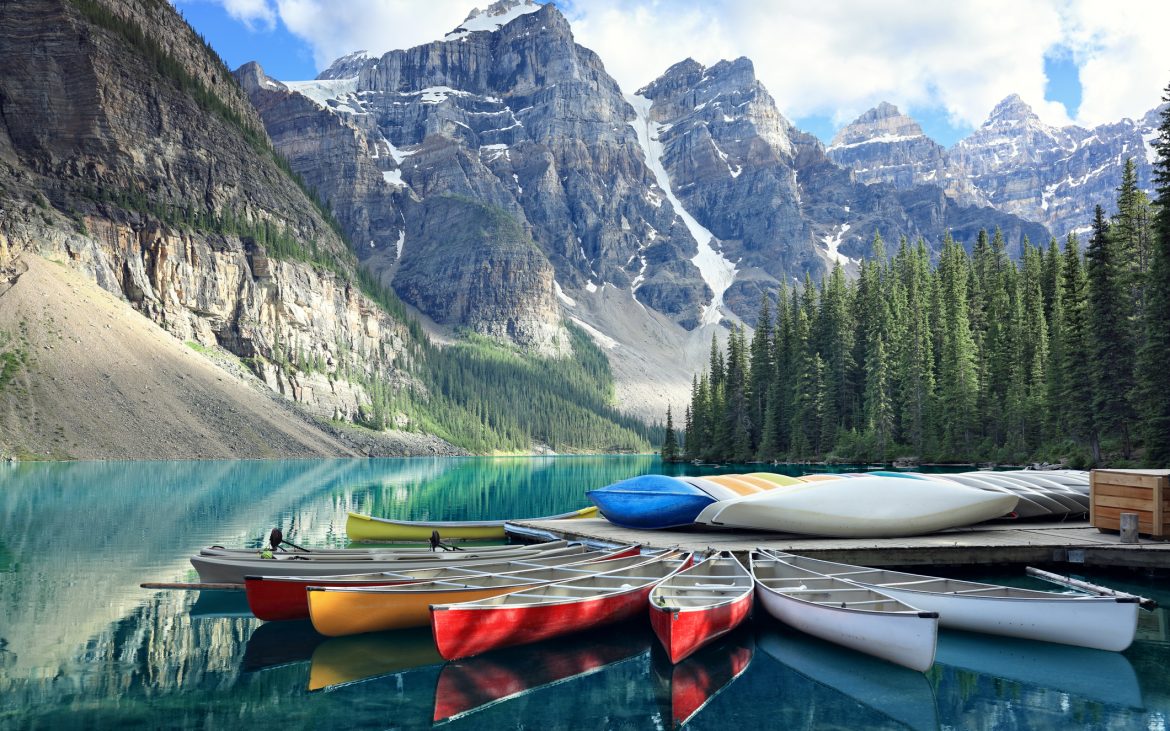 Starting off with the most popular on the list, Banff must be on every traveler’s bucket list. With over 1,600 kilometers of trails to explore, you can go hiking, horseback riding, skiing, and snowboarding in the rugged mountains.

Visit its many lakes, like the Louise and Moraine, and dip into the Banff Upper Hot Springs for a natural spa. Wildlife consist of bears, elk, wolves, and foxes. 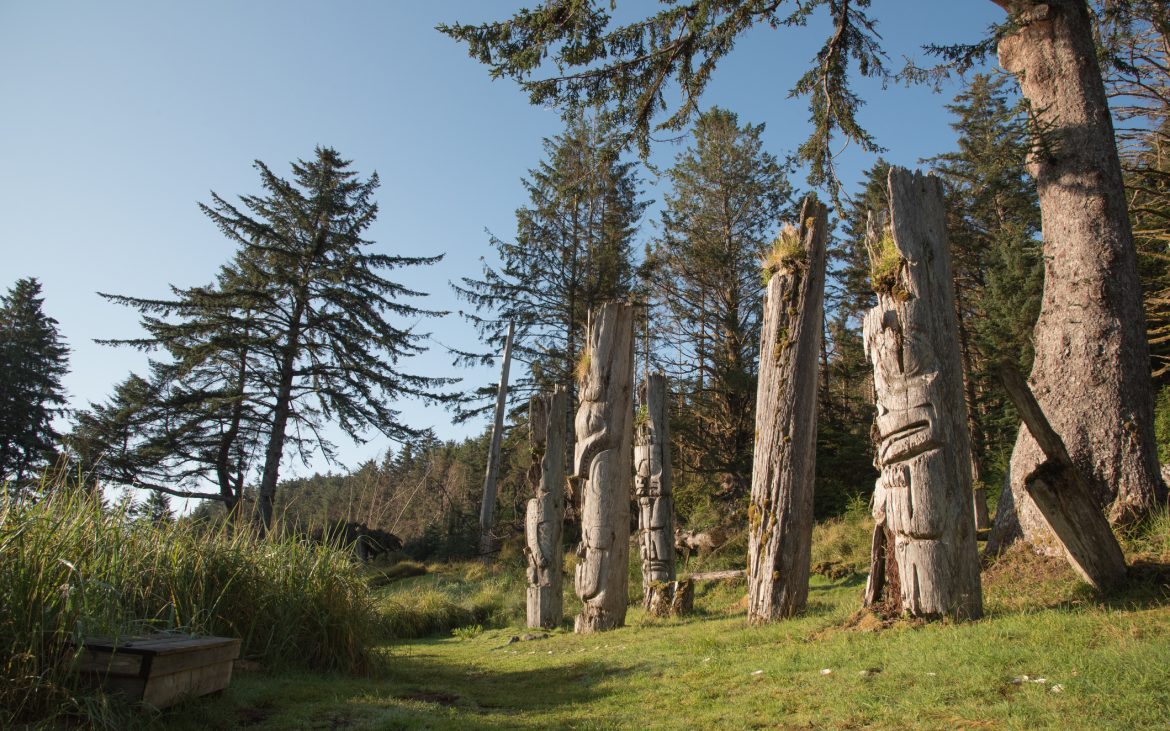 Get your culture fix in the Gwaii Haanas and Haida Heritage Site, an archipelago that is home to preserved Haida villages. Like a breathing museum, the reserve lets you witness Haida culture in its uninhibited settlements and burial caves.

Its most famous village is Ninstints, in which houses and carved mortuary and totem poles allow us a glimpse into the lives of the Haida people. Other ancient villages include that of the Skedans and Hotspring Island, where you can sink your toes in the warm pool. 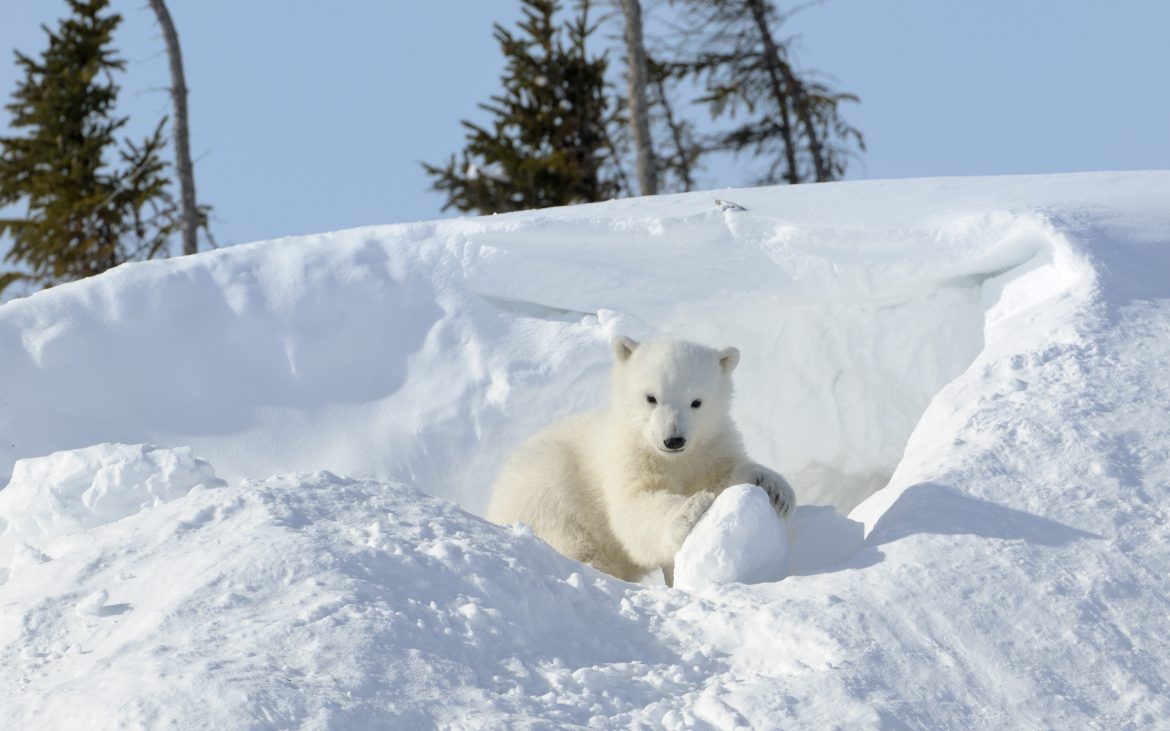 Preserving one of the world’s largest polar bear maternity denning reserves, Wapusk is the most popular destination for watching polar bears in their natural habitat. Way up north, the arctic tundra provides a striking backdrop for wildlife, including arctic foxes, moose, and caribou. There are subarctic forests, wetlands, and landscapes to see and experience.

Ideal months to visit are sometime between February and March if you want to spot bear cubs and October and November, when you can find hordes of adult polar bears during tours. In the colder season, you might be able to see the Northern Lights. If you’ve got a bit of cash in your pocket, consider a tour in a helicopter for an aerial view of the tundra, which is sure to make your jaw drop. 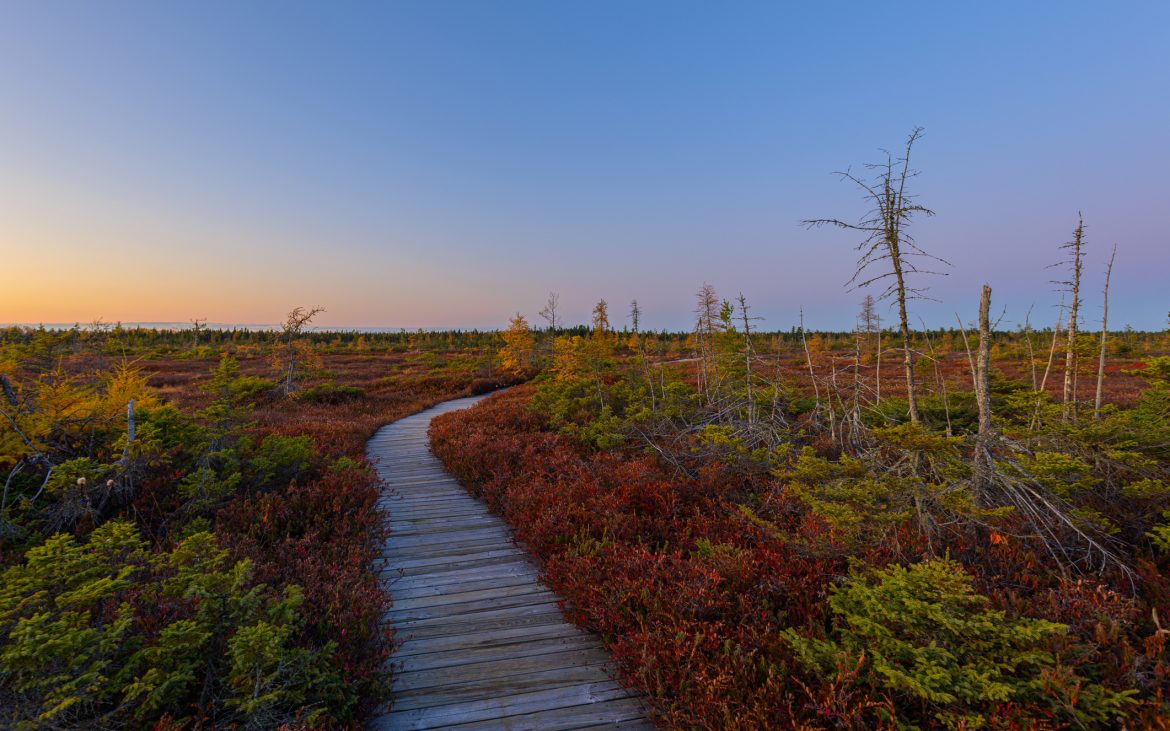 On the Northumberland Strait through the Acadian Coastal Route, you can find the beautiful Kouchibouguac. Its name, derived from the First Nation’s language, Mi’kmaq, means “river of long tides”. Tidal rivers, salt marshes, and lagoons of the island is home to thousands of animals and plants, which reside in the Acadian forest.

Popular for its cycling trails that go as far as 60km, much of the land on Kouchibouguac is flat, safe for the winter season when visitors can cross-country ski and snowshoe in the dunes. 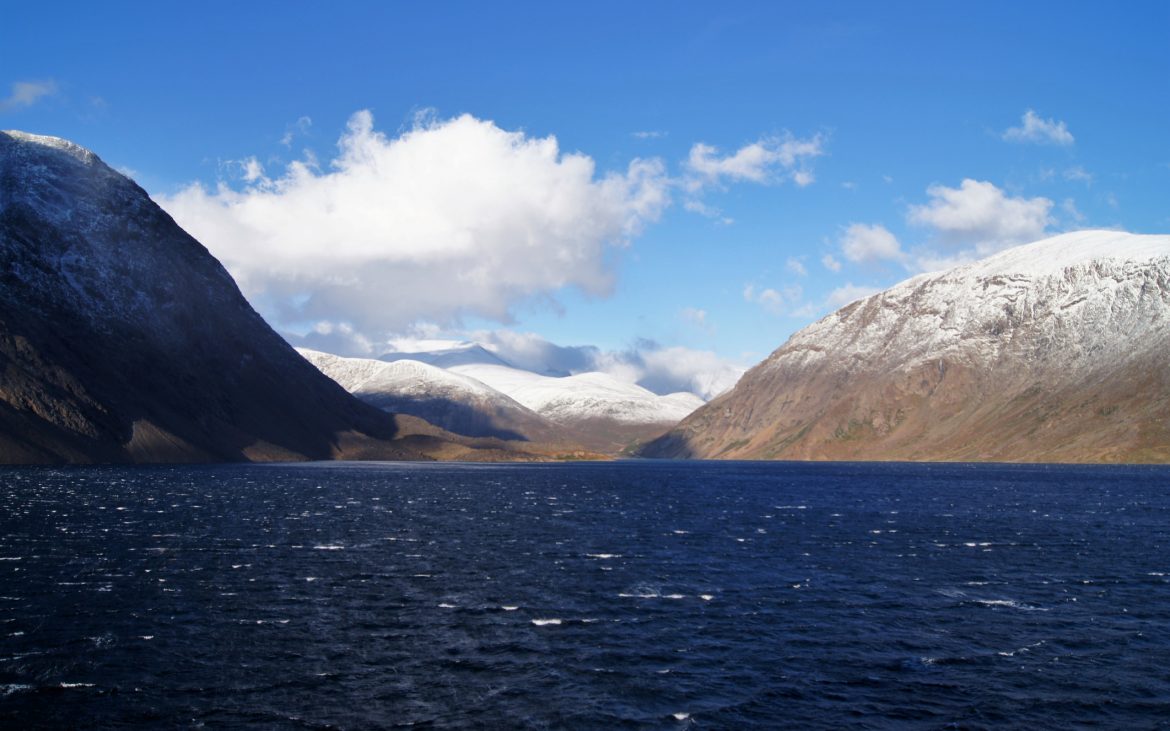 Almost ten thousand kilometers of wilderness that stretches from Saglek Fjord to the northernmost tip of Labrador, Torngat Mountains is home to polar bears and caribou. The ancient peoples of the Inuit continue their lives as hunters and travelers as their ancestors did for thousands of years in the spectacular fjords.

From the Inuktitut word Tongait, Torngat is a “place of spirits”. Indeed, the mountainous terrain and the stunning lakes make for a beautiful doorway to a netherworld. You can join the Inuit and visit spiritual and cultural sites and immerse yourself in their ways of life. Harvest alongside them as they gather food, listen to their legends of the land, and go hiking and camping in the expansive landscape. 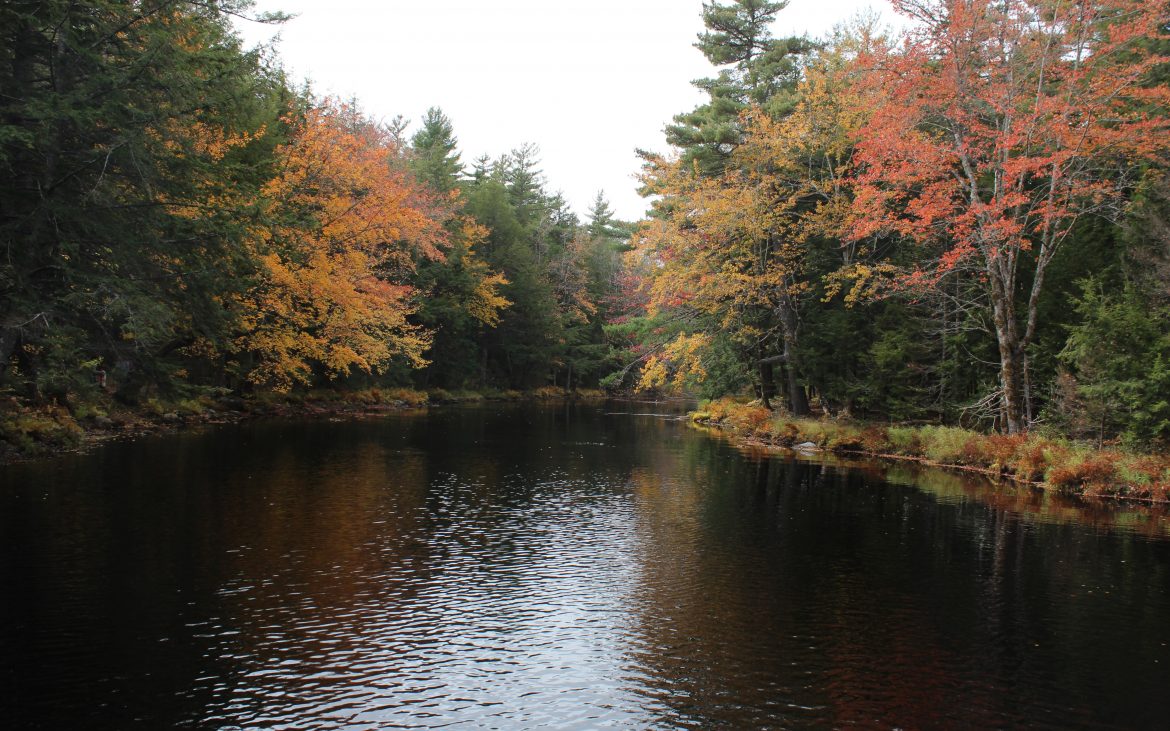 Take a trip to Canada’s backcountry and visit Kejimkujik, where you can experience both nature and culture. Hike along the trails, watch butterflies flutter freely, and wander along the white sand of the beach. Find basking seals and other forms of wildlife on the island. At night, the sky becomes a star-studded velvet tapestry to gaze at near the shores.

Witness the petroglyphs of the ancient Mi’kmaq people, who have resided there for over 10,000 years. Traces of their heritage can be found in the area, such as their waterways that you can canoe and paddle along the streams. 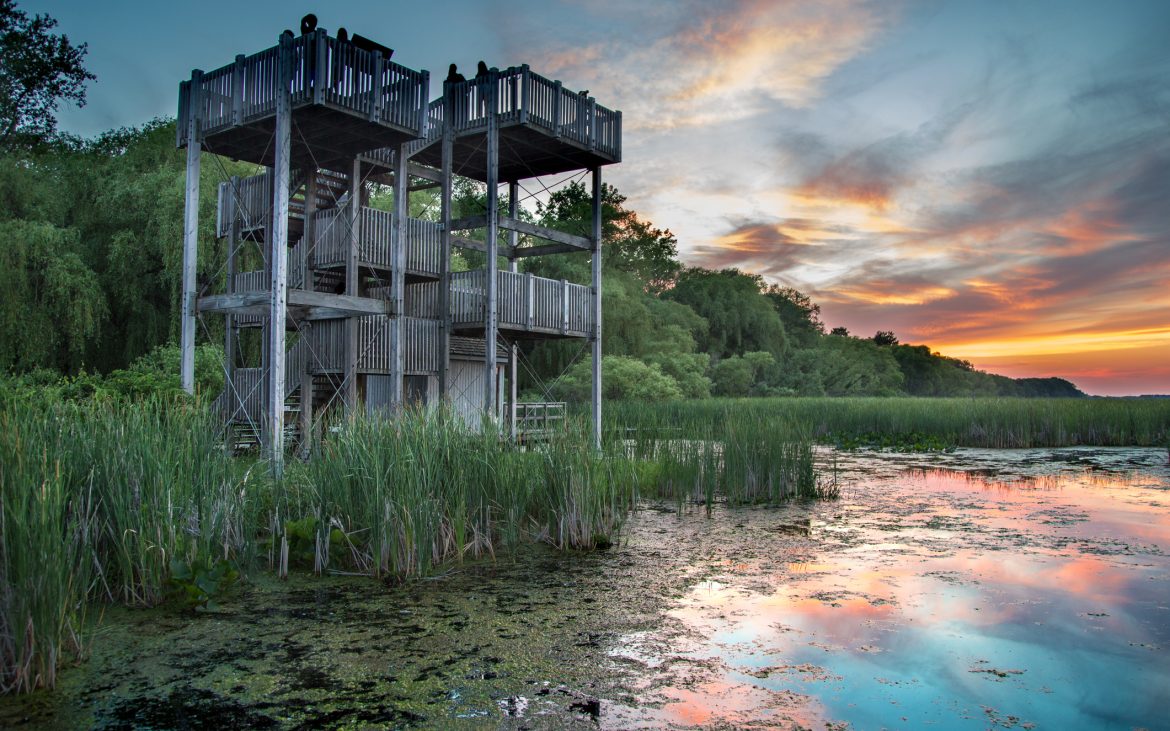 A peninsula at the southernmost point of the mainland, Point Pelee stretches for miles of shoreline and juts out into Lake Erie. It is renowned as a “Wetland of International Significance” and as the “Warbler Capital of Canada”.

Because of its desolate nature by the beachside of Ontario, it has become a roosting place for migratory birds. Birders from all across the world stroll the boardwalks through the marshland, wander along the shores, and kayak through the wetlands. Visitors can come during the Festival of Birds in spring where they hold workshops and birding hikes. In the fall, hundreds to thousands of Monarch butterflies fly through the beaches.

See the stunning seascapes in the summer season along the shores of Prince Edward Island. Swim, sunbathe, and surf in its beaches that stretch over 40 kilometers in the coast. If you’re a fan of books, you might already know Prince Edward’s local heritage site, the Green Gables, the setting for Lucy Montgomery’s Anne of Green Gables.

Once you’re able to tear yourself away from the sandy shores, go hiking, birdwatching, and golfing. Visit the dunes, marshes, and woodlands through the different terrains. 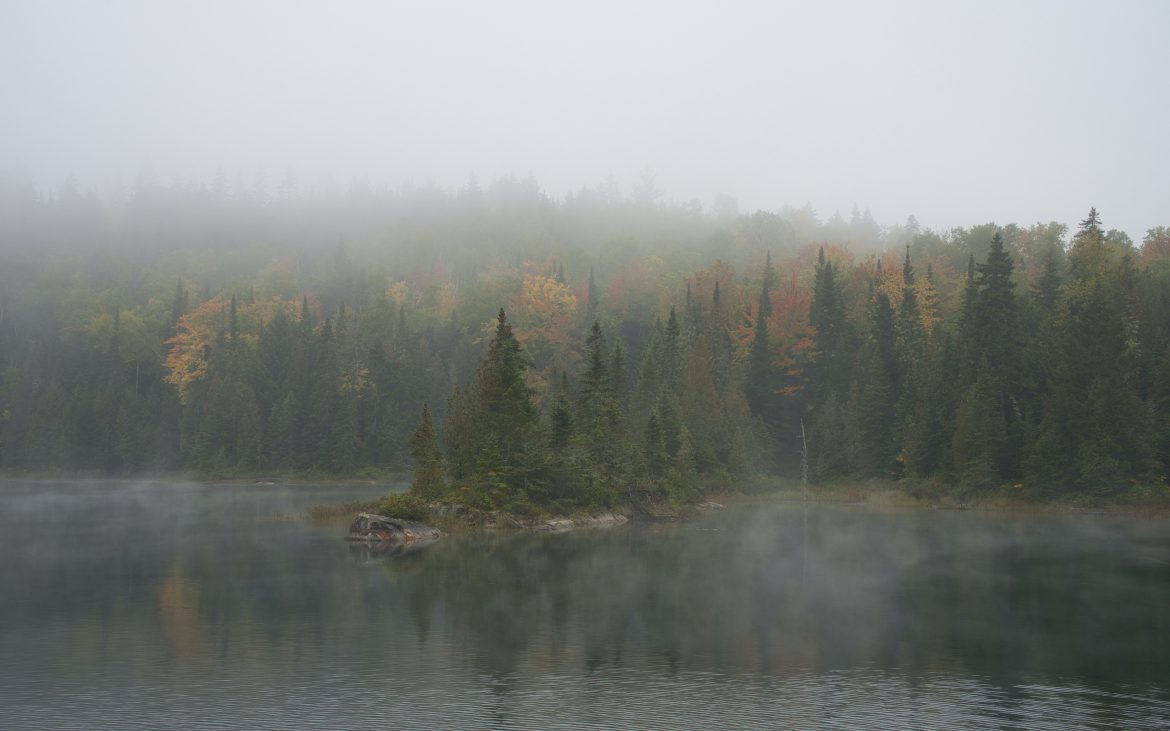 Covering 212 square miles of wilderness between Québec City and Montréal, this park preserves a great portion of the Laurentian Mountains, one of the world’s oldest mountain ranges. Its low, rounded peaks show signs of erosion that wore down its summits.

The Saint Maurice River bounds the bark in the north and the east while the Mattawin surrounds it in the north-west. Much of the land is densely forested and is made up of over 150 lakes. Visitors can do some snowshoeing and cross-country skiing in the colder season, while for warmer months, activities include canoeing, hiking, swimming, fishing and mountain biking. 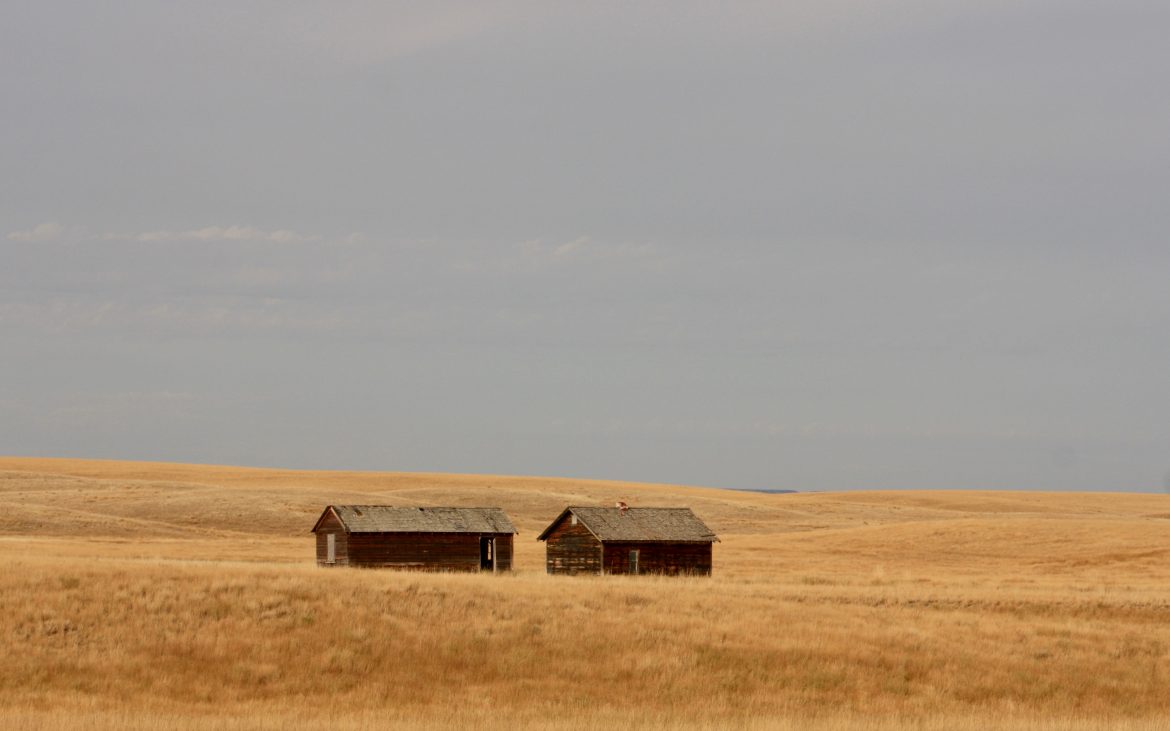 Perhaps one of the most startingly beautiful places in the country, the badlands of the north is everything the Wild West might have been in the distant past. Aboriginal tribes tend to the herds and colonies of bison and black-tailed prairie dogs that graze and roam freely on the flat fields. You can also hunt for fossils in Killdeer Badlands.

As you enjoy its vastness, remember to look up at the deep dark sky, untethered from city lights in all directions. Stargazers marvel at the crystal-clear constellations in the Grasslands, some saying they are completely transported back to simpler times. 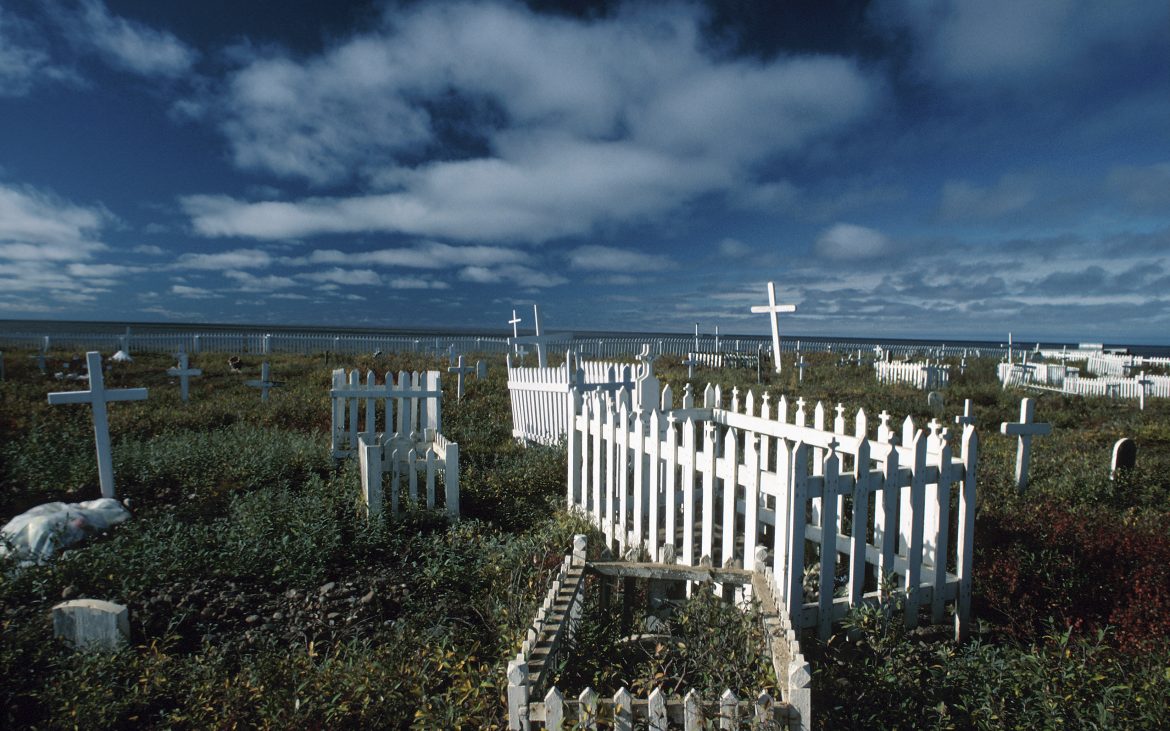 Gorgeous gorges, wild waterfalls, calving caribous, and ancient artifacts await you in Canada’s least visited site. Tuktut Nogait, meaning “young caribou,” has one of the highest concentrations of the Bluenose West Caribou herds in the country after the Inuit of Paulauk in this Territory protected the breeding grounds. There are almost 70,000 of the large animals that graze in the island, along with peregrine falcons, tundra swans, and jaegers.

Hornaday River Canyon has some of the most beautiful gorges in the land. The river flows through tumultuously to various passages, one to the upland tundra to the Arctic coast, and one leading down a tiered cliff of Roncière falls, beneath which a red Arctic char splashes in the current.

Ancient Inuit archeological sites reveal previous human settlement in the area. These included artifacts dating a thousand years in the past, such as tent rings, hunting blinds, and food caches. 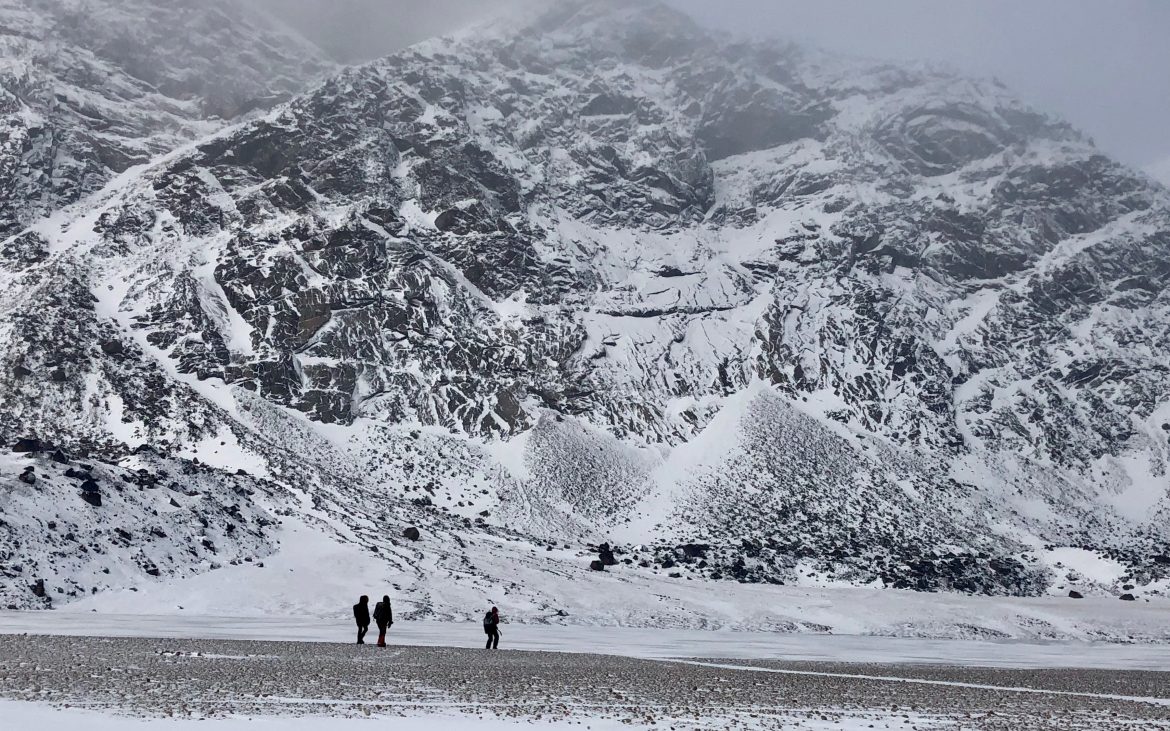 Great glaciers fringing fjords, tundra of tremendous and desolate distance, and immense icebergs greet you the second you step into one of the most stunningly gorgeous sites in the world. Although not quite as popular as the rest in Canada, Auyuittuq is the picture-perfect park that lets you experience the Arctic wilderness—both in its frozen beauty and in fresh bloom.

Translated from the Inukitut language, its name means “the land that never melts”. Although the snow and ice do not completely melt, you will find land-based wildlife in Auyuittuq in the springtime, when wildflowers start blossoming in its vast fields. Animals like foxes, polar bears, and caribou roam the landscape. Waters around the island nest beluga whales and narwhals.

Other attractions are Mount Odin, Mount Asgard, and Mount Thor, the steepest, tallest cliff on Earth at 4,000 feet of rock face and a 105-degree overhang. Experienced climbers can go rock-climbing even in the Midnight Sun. 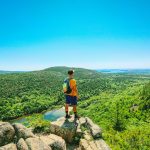 5 National Park Hikes to Get You Into Summer Shape Previous
It's May and Cody Yellowstone is Open – And We Do... Next 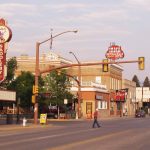