The City of North Battleford and Town of Battleford are separated by the North Saskatchewan River, and together they are called “The Battlefords”.  The Battlefords is the gateway to Northwest Saskatchewan’s land of outdoor adventure. When you look at a map, you will see that in the Battlefords two rivers converge – the Battle River which flows from the Foothills of the Rocky Mountains in Alberta and the mighty North Saskatchewan River which rises in the midst of the Rockies near Jasper, Alberta. Before the advent of the European settlers, the Battle River was known as the “Fighting River” and it marked the boundary between Blackfoot and Cree Territory.

For thousands of years a strong aboriginal presence has shaped The Battlefords and the surrounding area. Notable figures like Chief Poundmaker and Big Bear, advocates of aboriginal rights and negotiators of government treaties, Allen Sapp, world renowned Cree painter, and Gordon Tootoosis – internationally acclaimed actor; all are among those that have left an indelible stamp and enduring legacy of aboriginal culture in The Battlefords. With seven surrounding First Nations aboriginal pride is very much alive and prominent in The Battlefords. Today, that pride continues with spots like the Allen Sapp Gallery, Poundmaker Historical Centre and the Gold Eagle Casino’s Annual Sakicawasihk Pow Wow.

Recorded history reveals that the first fur trading post was established here in 1785, a telegraph line in 1874, a North West Mounted Police headquarters in 1876, the Capital of the North West Territories in 1877 and the first newspaper west of Winnipeg in 1878.

In 1905, North Battleford came into being when the CNR built a railroad on the north side of the North Saskatchewan River. This was the fastest growing center in the west, incorporated as a village in 1906, a town in 1907 and a city in 1913.

The Battlefords is the crossroads for the Yellowhead Highway Route (Hwy 16) with four other highways, 4, 26, 29 and 40. The Battlefords is a diverse community, ranging from professional services to wholesale distribution, manufacturing industries to local businesses.

For those who enjoy an active lifestyle, The Battlefords has golf courses, nearby lakes and a provincial park, tennis courts, cross-country ski trails, walking trails, sporting facilities and more! The community boasts an abundance of meeting facilities, exciting attractions and a variety of restaurants and shops. Friendly attentive service, unobtrusive efficiency and a little extra courtesy and consideration are the hallmarks of genuine prairie hospitality.

The Battlefords has truly become a “Destination Point” for business and tourism. 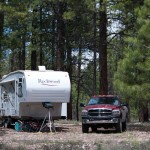