Here’s a disturbing news story that has direct implications for those of us who RV camp. Anyone RV camping right now should be alert! This especially applies to those of us who are currently in the Western states.

On July 30, three male convicts escaped from an Arizona State Prison. Their female accomplice tossed them a pair of wire cutters over a perimeter fence.

Since the escape, TWO males have been apprehended. But the third and his female accomplice are STILL AT LARGE. They have been on an apparent crime spree — and they are frequenting campgrounds and truck stops!

Authorities are still searching for John Charles McCluskey, 45, and his accomplice, 43-year old Casslyn Welch. McCluskey was serving a 15-year prison term for attempted second-degree murder, aggravated assault and discharge of a firearm.

Tracy Province, 42, was captured about 40 miles outside of Yellowstone National Park.

Tragically, officials believe the escapees murdered an RVing couple in New Mexico. The badly burned skeletal remains of Oklahomans Linda and Gary Haas, both 61, were found in a charred camper on on a remote ranch. A truck (the tow vehicle) belonging to the couple was found 100 miles west of the crime scene. The Oklahoma couple were traveling on a camping trip to Colorado.

Since the murders, the criminals have been covering large expanses of ground. Some speculate they are headed for Canada. It’s said that they have been stopping at campgrounds and truck stops (Love’s, Flying J, etc.). They were once believed to be in the wilderness of YELLOWSTONE National Park, near the Wyoming / Montana border. But more recently, it was speculated that McCluskey & Welch may be in ARKANSAS (Welch’s motherlives in Arkansas). A U.S. Marshall has stated that these two really could be anywhere in the United States, from Ohio to Texas.

The escapees may be using a 1997 platinum gold Nissan Sentra with Arizona license plate 620PFV.

Thomas Henman with the U.S. Marshals Service said the group should be considered “extremely dangerous,” and urged the public to be very careful if they spot them and call authorities immediately.

If you see the escapees or have information about their location or activities, you are encouraged to call your local police or the AZ Kingman Escapees Task Force at 602-542-1212.

DO NOT approach these individuals. “They’re desperate. One of them was more than likely responsible for the death of the elderly couple, and it could happen again,” U.S. Marshall Fidencio Rivera said.

They also have little in the way of wilderness survival skills — which means they will grow more desperate and dangerous every day.

A $40,000 reward has been offered for information leading to their capture. Further information will be provided as it becomes available.

While this is certainly not our usual fare here on RV.net, the sooner these criminals are apprehended, the better. Everyone camping right now should be especially vigilant. Remember, these two have already preyed upon one RVing couple and they may look for more victims. Stay safe, everyone!

For happier RV camping topics, check out our website, where we now have DVDs for your enjoyment: LONGLONGHONEYMOON.COM 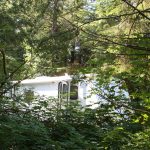