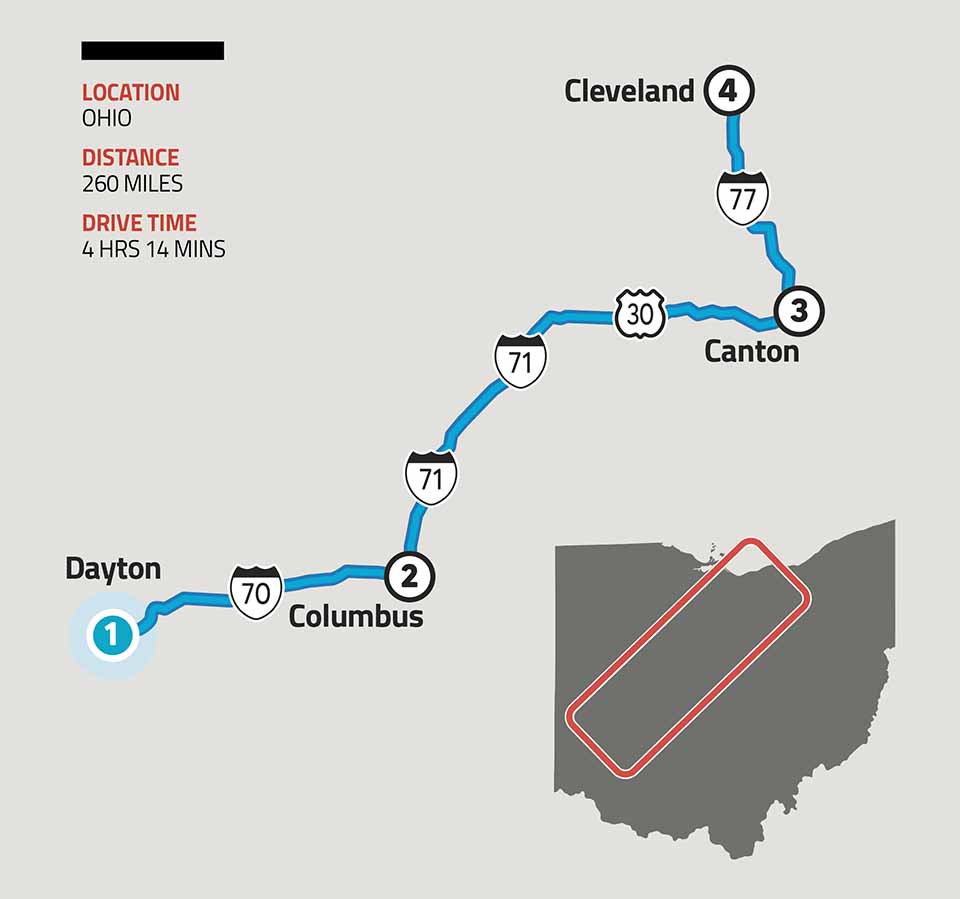 Get acquainted with the innovators who pioneered flight, football and rock ‘n’ roll. This trip through the Buckeye State brings you to shrines to invention. Learn the strategies of the Steel Curtain and figure out how Jimi Hendrix honed his Stratocaster sound.

The sky’s the limit in Dayton, Ohio, The Birthplace of Aviation with an astounding array of aviation sites, diverse museums, and opportunities to hike and bike throughout the community. The Gem City is bursting with innovation — more patents have been issued here than in any other city in the country, which could explain why the world’s first “buildbar” — a place for inventors and innovators —started here. Dayton blends big-city amenities with a small-town vibe. Touch down at the U.S. Air Force Museum, the largest military aviation museum in the world. Explore more than 200 planes and hundreds of exhibits spanning the early days of flight to modern technology. Don’t miss a tour of the Restoration Hanger for a glimpse of planes as they’re being refurbished. The fascinating history and one-of-a kind airplanes make this a must-see for aviation buffs.

Ohio’s capital city is brimming with attractions that compete for your attention. The world-famous Cleveland Zoo and Aquarium is one of the globe’s premier conservation organizations and a bucket-list destination that’s home to over 7,000 animals. The equally renowned Franklin Park Conservatory and Botanical Gardens features stunning gardens and sculptures nestled among the picture-perfect grounds. Even Columbus’ downtown district offers the chance to experience nature within city limits along the Scioto Mile, a 175-acre urban green space that lines the banks of the Scioto River and includes walking and biking trails, a climbing wall and the Scioto Audubon center. 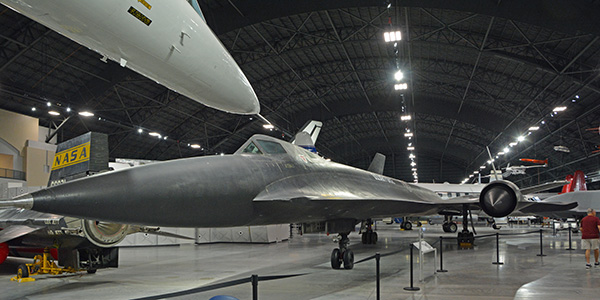 Less than 40 miles south on Route 77, Ohio’s “Museum City” is home to the Professional Football Hall of Fame, the ultimate destination for fans looking to get up close and personal with gridiron greats. Classic game film and compelling exhibits shed light on the impact of the sport and the larger-than-life athletes who dominated the game throughout their careers. Elsewhere in town, try the MAPS Air Museum, which features 47 historic aircraft and interactive exhibits. The Canton Classic Car Museum boasts unique automobiles and other transportation memorabilia. It’s all housed in a building that served as a Ford dealership in 1914.

Would you like to see the notorious Fender Stratocaster played by rock star Jimi Hendrix during the wild 1960s? How about the gold suit Elvis wore during his famous comeback? It’s all at the Rock ‘n’ Roll Hall of Fame on the shores of Lake Erie. If you prefer a different kind of wildlife, cruise over to the Cleveland Metroparks Zoo, divided in several areas, including the Australian Adventure, Waterfowl Lake and Rainforest. It’s like no zoo you’ll ever experience.