With a rich Western heritage, a clutch of big-time attractions and a down-to-earth vibe, Wichita offers a dynamic base for regional exploration. From its days as a former cow town on the Chisholm Trail, Kansas’ largest city is a hotbed of great food and culture. Just east of downtown, the Old Town (a former warehouse district) is now the hub for museums, galleries, restaurant and bars. Within a couple of hours’ drive, state parks and recreational areas offer scenic beauty, relaxation and outdoor recreation. Campgrounds in Wichita offer easy access to most tourist destinations. Choose from top-rated RV parks as well as Good Sam Parks in the vicinity. 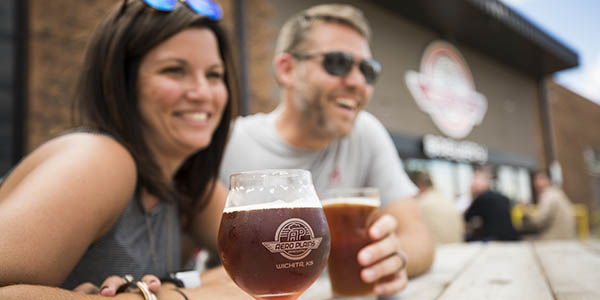 Heart of the Prairie

Situated in the heart of the Great Plains, Wichita is 200 miles southwest of Kansas City, just off Interstate 35. The city lies at the northern recesses of North America’s humid subtropical climate zone. The city started life as a major stop on the cattle trail, and the discovery of oil in the region only added more wealth. Its airfield also became a favorite stop among early 20th-century aviators like Amelia Earhart and Charles Lindbergh. Today, the city preserves its aeronautic history at the Kansas Aviation Museum.

Just over an hour’s drive northeast of Wichita, Tallgrass National Prairie Preserve protects some of the Great Plains’ last remaining tallgrass ecosystems. Along with the vestiges of a 19th-century ranch and family-oriented living history programs, there are several self-guided and ranger-led hikes. A two-hour drive north of Wichita, the Konza Prairie Biological Station presents a cinematic vision of the quintessential Great Plains landscape, a captivating mosaic of tall, swaying prairie grasses enveloped by big, blue sky. The park is woven with 6 miles of novice and intermediate hiking trails that showcase the park’s diverse species of flora and fauna, including 3-foot-tall grasslands, several dozen species of fish, amphibians, reptiles and mammals, and over 200 species of resident and migratory birds.

The heritage of the Great Plains tribes has left its mark on the town. Wichita’s most prominent landmark is “The Keeper of the Plains,” a majestic 44-foot-tall sculpture of an Indian chief that towers over the convergence of the Big and Little Arkansas rivers near the center of town. Completed in 1974, the piece was designed by artist Blackbear Bosin. The plaza that surrounds the statue features walk-up displays that tell the story of tribes that inhabited the region. Two suspended footbridges allow people to cross from the north and south river banks to the base of the Keeper.

Learn more about the history of Native people who populated modern-day Wichita at the Mid-America All-Indian Center. The center exhibits tribal artifacts and showcases educational presentations for small and large groups. The museum is the centerpiece of this destination, housing the work of Native American artists alongside detailed displays that tell the moving, sometimes heartbreaking, story of Native American life.

Aviation has been at the heart of Kansas industry for more than a century, and Wichita is the proud home of the Kansas Aviation Museum. The storehouse of air-travel history pays tribute to early industry pioneers of airplane design and manufacturing, including Clyde Cessna, whose groundbreaking Comet model was built in Wichita. The museum is housed in an art deco-style former municipal airport terminal near McConnell Air Force Base. Exhibits show how Wichita rose to become “Air Capital of the World,” responsible for producing half of the planet’s general aviation airplanes.

Over recent years, a number of art galleries have sprung up through Old Town, Delano and South Commerce Street. As part of the Final Friday Gallery Crawl event, visitors can tour galleries and museums, which are open free to the public. In June, one of the state’s top events, the Wichita Riverfest features sports events, block parties, arts and craft exhibits, live music, food venues, historical reenactments and a flea market. Not surprisingly, aviation-themed events are common in the Wichita area, including air shows, fly-ins, air races, conferences, exhibitions and trade shows. 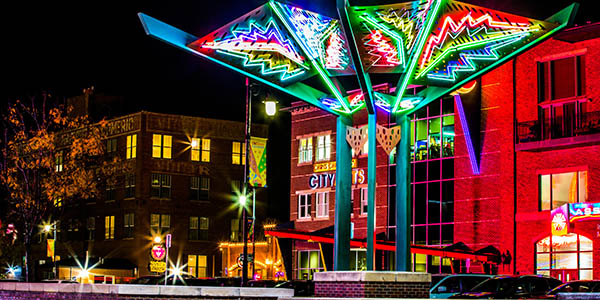