Valley of the Sun

Arizona’s capital, and the fifth largest city in the U.S., Phoenix delivers an alluring blend of history, art, architecture and cuisine. But that’s just the beginning. Just outside of Phoenix you can go rock climbing, hiking, mountain biking, whitewater rafting and kayaking, or simply relax and rejuvenate amidst the deserts and mountains of the Southwest. Feel like taking it easy? Upscale communities like North Scottsdale offer spas, tourist shops, galleries and diverse restaurants. 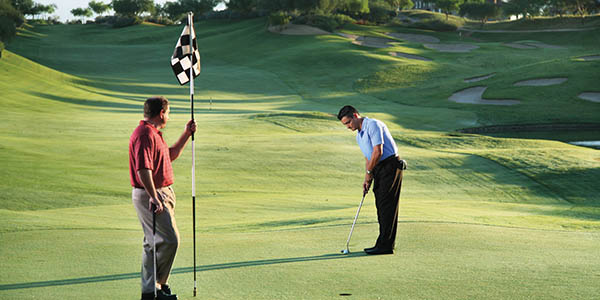 Center of the Grand Canyon State

Unfurling along the Salt River in south-central Arizona, at the northern tip of the Sonoran Desert, Phoenix is about 150 miles north of the Mexico border and midway between El Paso, Texas, and Los Angeles. The Valley of the Sun (or technically speaking, the Salt River Valley), encompasses Phoenix but also popular cities, including Mesa, Scottsdale and Tempe. Boasting more than 300 days of sunshine a year, the average high temperature in the winter approaches 70 degrees, but with July and August Phoenix routinely sees the mercury rise above 100 degrees. There are less than 8 inches of rainfall annually, evenly distributed between winter and summer months and with monsoon storms late summer.

Covering vast swaths of the American Southwest, including the Phoenix area, the Sonoran Desert is one of the planet’s most diverse ecosystems. Just south of downtown Phoenix, South Mountain Park is the largest municipal park in the U.S., with just shy of 60 miles of hiking, biking and horseback riding trails that meander through a profusion of flora and fauna. Included is the signature elephant tree and huge numbers of chuckwalla lizards. Located in Echo Canyon, Camelback Mountain is one of the highest (2,700 feet) and most scenic peaks in Phoenix. Great views reward hikers who take on the rocky and vertiginous 1.2-mile Echo Canyon Trail. The 1.5-mile Cholla Trail provides a tamer route to the summit.

Despite its desert location, Phoenix has no shortage of watering holes for catching big ones. Chaparral Lake in Scottsdale serves up trout, green sunfish and bass for anglers, and fishermen also flock to the Lower Salt River, where the cold waters make it perfect for world-class rainbow trout. Surprise Lake, located in a highly developed area, nonetheless is a great source for hefty trout; 6-pounders have been caught here. Tempe Town Lake is a 2-mile-long, 220-acre lake that’s the largest body of water in the Valley of the Sun. Year-round fishing from boats or from the north or south shorelines are popular pastimes.

Phoenix cultural cachet is on the rise with some of the region’s top museums and attractions, as well as a highly regarded opera, a symphony and vibrant theater scene. The Phoenix Art Museum showcases more than 18,000 works of art, including seminal works by Diego Rivera, Georgia O’Keeffe and Frida Kahlo, as well as acclaimed traveling exhibits and the Thorne Miniature Rooms, a perennial favorite with kids. A unique attraction, the Musical Instrument Museum, 20 miles north of downtown Phoenix, features more than 6,800 instruments from around the world as well as reels of concert footage and era-defining clothing. For rollicking fun, visit Fort McDowell, home to the Fort McDowell Casino with poker, blackjack, entertainment and more.

Scottsdale is home to Taliesin West, a National Historic Landmark and former winter retreat of famed 20th-century American architect, Frank Lloyd Wright. The “desert camp,” which now serves as the campus for the Frank Lloyd Wright School of Architecture, was built between 1938 and 1940. Raised upon caliche foundations and incorporating natural elements, the structure’s rugged lines, earthy tones and “origami” furniture blend seamlessly with the Sonoran landscape and stand testament to Frank Lloyd Wright’s much-quoted mantra, “The desert abhors the straight, hard line.” Guided tours (1.5 hours) of Taliesin West’s indoor and outdoor spaces are conducted daily and include a visit to Wright’s private quarters, living room and the drafting room where several of Wright’s later, greater works were drafted. 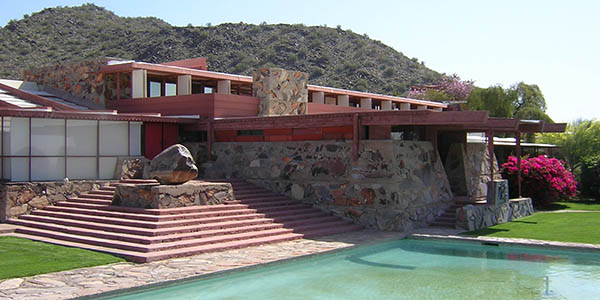 Hailed for their incredible feats of engineering, the Hohokam (A.D. 600 to 1450) people were the most advanced pre-Columbian irrigation society. It was the Hohokam’s construction of a 1,000-mile series of canals that set the stage for Phoenix’s status as an agricultural powerhouse. You can delve into the history, life, arts and culture of American Indian tribes in the Southwest at the lauded Heard Museum, which features art exhibits, ethnographic displays, audiovisual presentations and interactive children’s areas. At the Pueblo Grande Museum and Archaeological Park, an interpretive trail provides a fascinating insight into the Hohokam people, who abandoned their adobe city in the 15th century.

While Phoenix serves as the hub for the Valley of the Sun metropolitan area, it’s worth your while to venture out to the surrounding communities. Mesa is a place to get away from it all and experience true desert solitude, with the creature comforts of a friendly town. The San Tan Mountain Regional Park offers a variety of trails that you can walk, peddle or ride (even horses are welcome here).

About 35 miles east of Phoenix, Apache Junction takes a step back in time. Visitors have fun walking the dusty streets of the Goldfield Ghost Town and bellying up to the saloon bar. Watch out for gunfights, as re-enactors playing feisty cowboys duel in the streets. Folks interested in extreme sports can zoom on the Superstition Zip Line, which whisks riders high above the desert floor.