Bakersfield is a dynamic central California crossroads known for its farm-fresh cuisine, an iconic local music scene and enough Americana to keep history buffs busy for weeks. Recreation opportunities ranging from hiking to fishing and wildlife-watching abound in town and the surrounding hills. Over the last decade, downtown Bakersfield has been in the throes of a renaissance with restored buildings now housing hip restaurants and vibrant theaters. 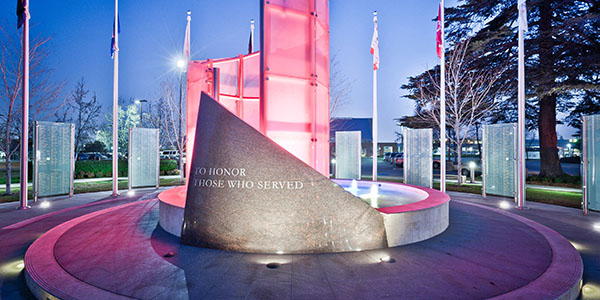 Beating It to Bakersfield

Located near Interstate 5 in Kern County, Bakersfield lies 112 miles north of Los Angeles and 110 miles south of Fresno. Within a two-hour drive, you can relax and play on California’s sandy beaches, marvel at the spectacular rock formations of the Mojave Desert, and ski or snowboard in the Sierra Nevada. Bakersfield boasts around 270 days of sunshine a year, with an average of 6 inches of rain. Summer highs usually reach the upper 90s and during the winter it rarely drops below freezing.

Within easy reach of Bakersfield, California’s signature landscapes yield myriad opportunities for white-water rafting, biking and hiking. The bucolic Kern River Parkway Trail runs for 21 miles through the heart of the city and is popular for cycling, jogging, rollerblading or just walking the dog. Leading off from the San Emigdio Canyon, there’s an extensive network of trails with creeks and bridges, tree tunnels, an old Indian village site, and diverse flora and fauna, including the endangered Bakersfield cactus.

Carpeted with wildflowers in the spring and brimming with wildlife, the Wind Wolves Preserve lies 37 miles south of Bakersfield. It’s worth a side trip.

Lots of places beckon anglers to cast a line for local fish. The Lower Kern River is a good place for rainbow trout and brown trout. Several fishing spots are available on its banks. Also teeming with fish is Lake Isabella, located about 42 miles to the northeast. Here, visitors will find largemouth and smallmouth bass, rainbow and brown trout, kokanee salmon, bluegill, crappie and catfish. The Park at Riverwalk also draws anglers. 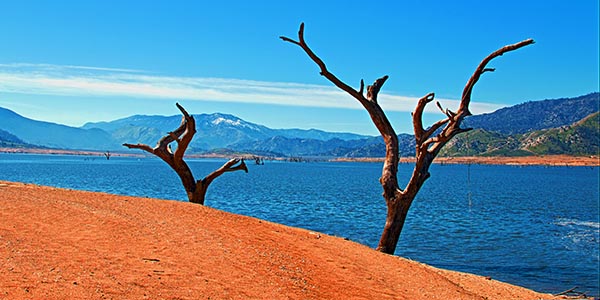 Forged in Farming and Oil

Bakersfield’s first settlers were lured to the area when gold was found at the bottom of the Kern River in the 1850s. A robust agricultural scene took off soon afterward, and the subsequent discovery of oil proved the catalyst for Kern County’s vital manufacturing industry. All three developments are chronicled in the Kern County Museum, with thousands of artifacts displayed in over 50 historic buildings, including a one-room school, a general store, jail and an oil derrick. In Old Town Kern, located east of downtown, several historic homes and businesses reveal how fortunes were made from the railroad.

The Bakersfield VillageFest Party of the Year in September combines the city’s passions for regional cooking, live music and suds. There are six themed areas, including MicroBrews Alley, where 60 breweries serve more than 100 varieties of hops, and VinoVillage, where 25 central coast wineries offer pours of their signature libations. The city’s Basque heritage is celebrated at the Basque Festival in May with pelota/handball games, booths purveying traditional Basque dishes, and regional dancing and music. Also in May, the Stampede Days Rodeo goes by the nickname “The Biggest Little Rodeo in California” for its large roster of well-known competitors.

When the Bakersfield Sound first blasted from speakers in local music venues in the 1950s, the landscape of country music was changed forever. With the use of electric instruments, as well as the fiddle, steel guitar and stylistic overtures to rock ’n’ roll, the Bakersfield Sound began as an answer to the polished sound of albums produced by the Nashville establishment. Country music legends Buck Owens and Merle Haggard were hugely influential in transforming the sound into a global phenomenon that has inspired everyone from the Beatles to the Grateful Dead.

Even if country music isn’t your thing, you’d be hard-pressed not to enjoy a night at Buck Owens’ Crystal Palace. Since it opened in 1996, the all-in-one restaurant, museum (chock-full of Owens’ memorabilia) and beloved music venue has played host to a bevy of country music legends. The restaurant’s signature dishes include Cryin’ Time Jumbo Onion Rings, Buck’s Favorite Chicken Fried Steak and Sweet Molly Brownie.

The large influx of Basque shepherds who migrated to the region in the early 1900s has made Bakersfield the best place in the U.S. to sample authentic Basque cuisine. Check out the historic Noriega House, a 4,400-square-foot Queen Anne cottage, built in 1900 by the Noriega family from Santander, Spain, to provide lodgings to Basque immigrants who came to the U.S.