Situated on the southern bank of the Colorado River in southwest Arizona, Yuma’s sun-kissed landscapes and history-rich streets entice everyone from snowbirds to Wild West fanatics. Cloudless skies hang over the city for 90 percent of the year, making it the sunniest place on Earth, according to the Guinness Book of World Records. The agreeable climate sets the stage for year-round hiking, camping, golfing, fishing and boating.

Depicted in the movie “3:10 to Yuma,” the infamous Yuma Territorial Prison State Historic Park brings Yuma’s rough-and-tumble past to life. The sprawling prison opened in 1876, and over the next 33 years, it locked away over 3,000 criminals, including Pearl Hart, a lady stagecoach robber, and 28 other female prisoners who occupied the women’s section of the complex. Ghosts have been reported on prison grounds, and some say the hauntings are attributable to the 104 outlaws buried in convict graves.

During its heyday, the prison suffered from overcrowding, reaching maximum capacity in 1907. Realizing that there was no room for expansion, authorities determined to relocate convicts. The last inmate left the Yuma prison in 1909, and the complex transitioned from a place of confinement to a popular tourist attraction. Today, ample signage and friendly guides will help you experience the past. Visitors can enter eerie cells, learn about famous inmates, walk through the prison cemetery or head up to the old guard tower for sweeping views of the gorgeous restored riverfront.

Dating back to 1864, the Yuma Quartermaster Depot State Historic Park was used by the U.S. Army as a warehouse to store food, clothing and ammunition. Almost a thousand mules surrounded the depot, ready to bring supplies to other military forts nearby. Featuring five historic buildings, this 10-acre park is home to some of the best-preserved architecture in Arizona. While you’re here, be sure to check out the Yuma Siphon exhibit, an extensive tunnel beneath the Colorado River that was completed in 1912 and still brings irrigation water to the Yuma Valley. Exhibits showcase the tools and diving suits that early excavators had to use to dig the amazing tunnel.

Walk in the footsteps of Spanish Missionaries at St. Thomas Indian Mission, which overlooks the river. Built on the site of a 1780 Spanish Mission, this Catholic parish continues the legacy of the Yuma area’s first European settlers. 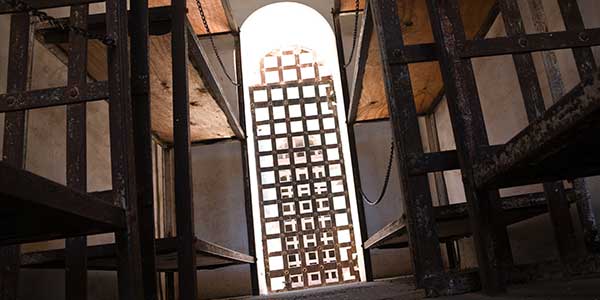 After uncovering Yuma’s rich history, it’s time to have some fun on the water. Sit back and relax at West Wetlands Park, a beloved recreation destination in town on the banks of the Colorado River. This outdoor oasis is a prime bird-watching spot, thanks to its burrowing owl habitat and hummingbird garden. Play a round of disc golf at the nine-hole course or cast your line at West Wetlands Pond, which is regularly stocked with catfish, trout, bass and more. Nearby is Centennial Beach, the perfect spot to embark on boating, kayaking and river tubing adventures.

Not far from West Wetlands Park is Yuma East Wetlands. Once an overlooked property plagued by non-native plant species, the Yuma East Wetlands has been restored into a lovely and tranquil environment. Since 2002, more than 200,000 trees, plants and shrubs were planted, and more than 330,000 cubic yards of dirt were moved to create 2 miles of channels and lakes.

As a result of these efforts, the local bird population has doubled, and species diversity has gone up by 75 percent. Today, the wetlands are a great place to unwind, with unpaved trails weaving through lush marsh, cottonwood-willow and honey mesquite. The South Channel entices visitors for a day of fishing, kayaking, canoeing or paddleboarding.

Spur your adrenalin by off-roading in the country’s largest sandbox. Just 20 miles from the city, the Imperial Sand Dunes National Recreational Area covers over 40 miles, with dunes that tower as high as 300 feet. The desolate yet breathtaking terrain resembles an alien landscape. Not surprisingly, the dunes have served as backdrops for blockbusters including “Star Wars: Episode VI – Return of the Jedi” and “The Scorpion King.” A haven for thrill-seekers, this public land sees over 1 million visitors every year.

During peak season, permits are required for vehicles. However, rangers will let you enter if you want to take a quick photo. ATVs are available for rent from Jet Rent, and vehicle camping is allowed, with sites available on a first-come, first-served basis.

Rolling on the Colorado River

See the Colorado River from a historic perspective during a day cruise or dinner cruise on the Colorado King Sternwheeler. The hosted tour provides guests with a history of riverboat travel on the Colorado, as well as stunning views of the waterway and surrounding landscape. The vessel boasts an open top deck, giving passengers sweeping views of the terrain as the King churns along the water.

One of the highlights of the tour is the Watchmen’s Cabin, inhabited by a local who watched for the smoke of the approaching paddlewheel steamer, then used a mirror to signal prospectors upriver. Wildlife-watchers can keep an eye out for the bighorn sheep, deer and migratory birds that populate the banks of the river.

To add thrills to their touring, visitors can reserve spots on jet boats, which provide an exciting ride but also stop to allow passengers to see interesting sights on the banks.

About 25 miles southwest of Yuma, Fortuna Mine was a quick boom-and-bust town that today is marked by an interpretive trail. Founded in 1894, Fortuna played a key role as an oasis offering food and water to travelers crossing the stark desert terrain. The mine yielded $2.5 million in gold, but by 1904 the vein was depleted. The 2-mile trail takes hikers past a stamp mill, a slurry pile, the Fortuna Cemetery and several mine shafts.

Ready to lace up those hiking boots? About 45 miles east of Yuma stands Castle Dome Peak, a distinctive, blocky summit that dominates the horizon. The peak features a solid rock footing that allows experienced hikers a reasonably safe trek up to the top. Hikers who make the trip are rewarded with sprawling views of the rugged terrain below. If you’d prefer not to make the hike, you can still enjoy spectacular views of the summit from afar.

Bighorn sheep make their home among the peaks and valleys of the Castle Dome Mountains. For a moderate hike, head out to Telegraph Pass Trail, a 2.2-mile round-trip trail east of the city that boasts scenic views.

The history of the region starts with the Cocopah, or River People, who lived along the lower Colorado River and delta for more than 3,000 years before European settlers reached the area. Today, roughly 1,000 tribal members live and work on or near the Cocopah Reservation, a few miles south of Yuma. The Cocopah way of life and history are documented in the Cocopah Museum and Cultural Center in nearby Somerton.