Come face to face with nature in Alaska’s accessible wonderland

While much of Alaska is off the grid and requires watertight planning and a keen eye for logistics, the Kenai (Keen-eye) Peninsula is not only accessible (well, by Alaska standards) but it forgoes the considerate expense and long journeys that beset Alaska’s wilderness itineraries. At Kenai, attractions are located within reasonable driving distances from the heart of the peninsula, making it economical for eager explorers.

Adventures abound. You can experience the migration and habitat of five different species of whales (orcas, humpback, fin, minke and beluga); try your hand at the region’s legendary sport fishing; hike breathtaking trails; go on an antiquing journey in fishing towns known for their local Alaskan chocolates; and watch bears as they gorge on colossal king salmon in Kenai’s rushing rivers.

It’s here at Kenai that the ice age endures; some 40 glaciers drift from the Harding Icefield at Kenai Fjords. In summer, Kenai sees lots of traffic; Anchorage’s outdoorsy denizens flock here on the weekend (it’s about 70 miles away) to fish, hike, dig clams and paddle kayaks. 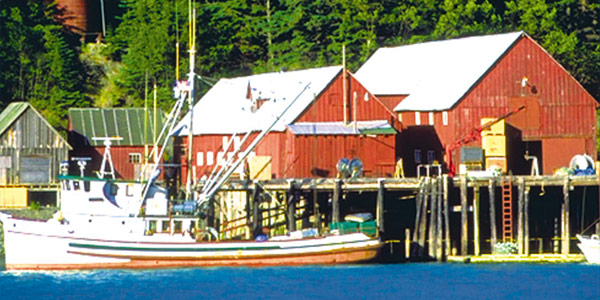 Almost half of the Kenai Peninsula’s 58,000-strong population lives in either Kenai (the region’s largest town), or in Soldotna, 10 miles up the Kenai River. Homer, with its idiosyncratic, creative residents and stunning natural setting, is one of those towns that exerts a quasi-mystical pull on visitors. There are highly praised galleries, the stellar Pratt Museum, some of the state’s top restaurants, innovative live theater and myriad recreational activities across the Kachemak Bay.

With artsy coffee bars, gourmet delis and a crop of boutique stores, daily rituals in Homer are worth lingering over and provide the opportunity to meet the fiercely individualist, always outspoken and often eccentric folks that make the town so compelling. The Homer Spit, a 4½-mile-long needle of land, buzzes with locals, day-trippers and tourists who revel in the mild year-round climate. Join the folks who set up tents on the beach, partake of exceptional halibut and king salmon fishing, or pull out the binoculars to break your personal record for the number of bald eagles spotted.

Homer’s clam diggers converge on the gravel beaches while ornithologists flock to behold a staggering diversity of seabirds, including eagles, pigeon guillemots, horned and tufted puffins, and marbled murrelets. Gull Island, near Halibut Cove, provides a rookery for more than 12,000 seabirds, notably puffins.

Despite being the smallest national park in Alaska, the wild and breathtaking Kenai Fjords National Park packs a biological punch. A large portion of the Harding Icefield, which covers an astonishing 700 square miles, is the park’s crowning glory. Feeding an estimated three dozen glaciers, the Harding Icefield is a remnant of the gigantic ice sheet that enveloped much of Alaska during the Pleistocene era. 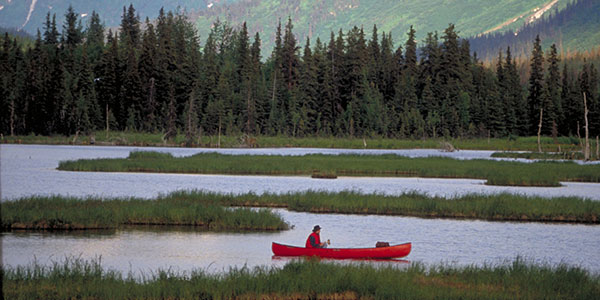 Where the River Runs Through It

It’s quite rare that the words “combat” and “fishing” go hand in hand. But in June and July, when red salmon make their runs on the Kenai and Russian rivers, a phenomenon known as “combat fishing” ensues. At certain places along the rivers, anglers from all over Alaska converge, standing cheek to jowl, each casting into his or her own well-fought-over slither of river, and yet they still catch plenty of hefty salmon. If you catch a salmon, your fellow anglers will soon jockey for your spot.