Columbus, sitting on the eastern banks of the Chattahoochee River on the Georgia-Alabama border, is a classic American river town. In the 1800s, that meant sending bales of cotton and textiles from local mills down to Apalachicola, Florida, and into the Gulf of Mexico. Today, that means strolling down the nationally acclaimed 15-mile Chattahoochee RiverWalk or riding the Whitewater Express, a 2.5-mile run of rapids through town that is the longest urban whitewater course in the world.

Recreation draws lots of fun-seeking visitors, but Columbus has not forgotten its past. Columbus has grown to be the second largest city in Georgia, so it makes sense that the Columbus Museum, an American art and regional history depository, is the second-largest museum in the Peach State as well. Founded in 1953, the collection now comprises more than 14,000 items and admission is always free. 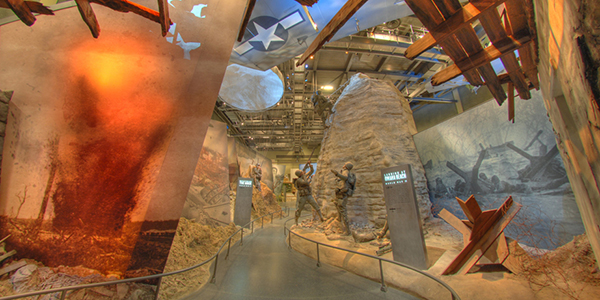 The city’s rich industrial heritage from the 19th century is the inspiration for Heritage Park on Broadway, where granite pools recreate the tumbling waters of the Chattahoochee, which once provided power for mills and factories. Across the street, the Historic Columbus Foundation conducts tours of its Heritage Corner, which features the 1850s Italianate-style Rankin House and the Walker Peters Langdon House, both of which date to the early 1800s. Also nearby is the Coca-Cola Space Science Center, with simulated missions, hands-on exhibits, and shows and demonstrations in the Omnisphere Theater. The Mead Observatory opens once a month for the public to come and gaze at the stars like a trained astronomer.

The Columbus Black History Museum and Archives highlights the contribution of the African American community to the city, including Horace King, who directed the building of the Columbus City Bridge while still constricted to slavery. King purchased his freedom in 1846 and eventually engineered lattice truss bridges at major crossings of the Chattahoochee River. The museum’s music collection is particularly strong, with the archives of Gertrude “Ma” Rainey, the Mother of the Blues, and of savant slave “Blind Tom” Bethune, who became internationally famous in the 19th century as a composer and musician.

Since 1918, the fortunes of Columbus have traveled in lockstep with Fort Benning, which occupies 182,000 acres on the city’s southern doorstep. Fort Benning is home to the United States Army Infantry and more than 120,000 active military personnel. A self-guided driving tour will lead to 35 destinations inside the Main Post, which has been rebranded the “Home of the Maneuver Center of Excellence.” Admission is free and pets are allowed to tour as well. On Legacy Way, where the city meets the base, the National Infantry Museum and Soldier Center honors the American foot soldier from the days of the War of Independence to the nation’s longest war in Afghanistan. At the National Civil War Naval Museum on Victory Drive, you can see the CSS Jackson, the largest surviving Confederate warship, as well as artifacts from both sides in the battle for supremacy of the coast during the War Between the States. 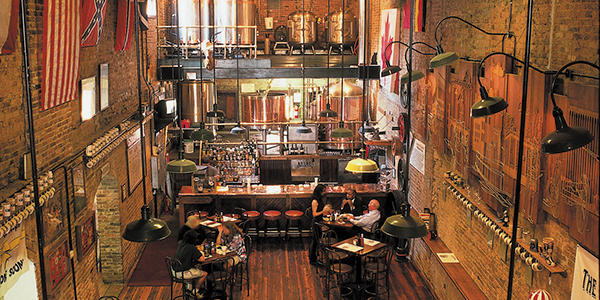 Civilian pursuits thrive in Columbus as well. The Columbus Symphony Orchestra, organized in 1855 by Herman S. Saroni as the second orchestra in the United States after the New York Philharmonic, performs out of the state-of-the-art RiverCenter for the Performing Arts. Also making appearances at the RiverCenter is the Columbus Ballet, featuring students at the Columbus State University Dance Conservatory. The sumptuous stage at the Springer Opera House has been designated the State Theatre of Georgia. When it opened in 1871, the Springer was considered by traveling troupes to be the finest theater between New York City and New Orleans.

When it’s time to get outside in Columbus, you can enjoy passive recreation like birdwatching in the urban jungle or strolling through the display gardens in the Columbus Botanical Garden outside the historic 1890s Adams Farmhouse. The Oxbow Meadows Environmental Learning Center takes advantage of a hardwood wetland in a bend in the Chattahoochee River to introduce visitors to the city’s small mammals, birds and turtles. A special Tree Top Trail can be accessed for $5.

Columbus has also made it easy for geocachers to explore the city with 32 caches hidden along the Chattahoochee RiverWalk. Complete a grid sheet created by the Convention & Visitors Bureau and return it to the center to receive a bronze, silver or gold coin. Bikers and hikers will want to explore the Fall Line Trace, an 11-mile Rails-to-Trails project that has converted abandoned Norfolk Southern Railroad tracks into a scenic asphalt pathway.

And what about that Whitewater Express through the center of town? Those rapids can reach up to 13,000 cubic feet per second in volume.