LOUISVILLE, KENTUCKY AND THE RALLY 2010 RECAP

Rally 2010, July 22-25, was marked by sweltering record- high temperatures, but Rally guests enjoyed all the Rally activities in the cool, climate-controlled environment of the state-of-the art Kentucky Exposition Center (KEC.) Rally guests never had to set a foot outdoors to enjoy the many seminars, events, RV exhibits and entertainment the Rally offered.

More than 7,000 RVers in 2,867 rigs joined some 4,700 day-pass guests to participate in the Rally activities. Hundreds of new motorhomes, travel trailers, fifth wheels and camper vans opened their doors in the huge exhibit area, and 500 booths offered every item an RVer might need or want.

Rally guests enjoyed outstanding entertainment each evening, with legendary comedian Bob Newhart opening on Thursday night; followed by country star Tanya Tucker, and Super Diamond, a tribute to Neil Diamond. The Rallyís entertainment lineup ended with a bang on closing night with the Rallyís Got Talent competition. Four fearless Rally guests took center stage in Freedom hall to perform and receive friendly critiques from the showís judges: Bob Livingston, Sue Bray, and Brian Brawdy. Vic Sands of Nashville, Tennessee, edged out the other contestants and won with the most audience-member votes. A surprise performance by Kevin Skinner, the million dollar winner of the 2009 Americaís Got Talent TV show, brought the house down.

To commemorate the 100th anniversary of the manufactured RV, a large contingent of vintage rigs and their owners camped out on the Rally grounds, under the guidance of Al Hesselbart, historian for the RV/MH Hall of Fame Museum in Elkhart, Indiana. And Bob Livingston, concluded his sold-out Centennial Caraventure at KEC for the start of the Rally.

In addition to the vintage RVs on display, the Rallyís contest for the oldest rig at the event was won by Bill Combs of Milford City , Ohio who towed his 1975 Airstream trailer to Louisville. The Rally-goer with the most futuristic RV was Brian Brawdy, an outdoor-survival expert who displayed his eco-friendly Lance truck camper and trailer.

“The Rally’s Got Talent” Sponsor 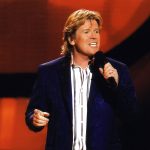