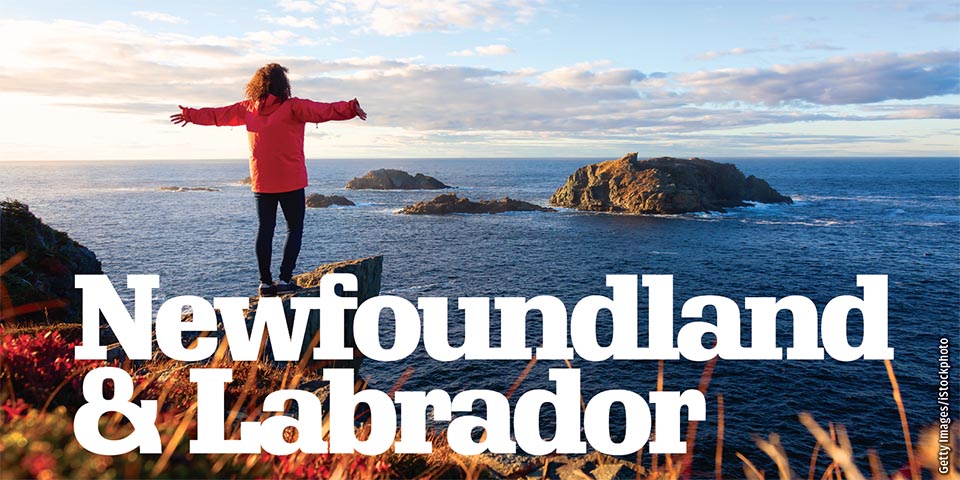 Breaching whales, mammoth icebergs and rugged coastlines are just a few of the spectacles in Newfoundland and Labrador. This Atlantic province wows visitors with natural attractions and remarkable history. 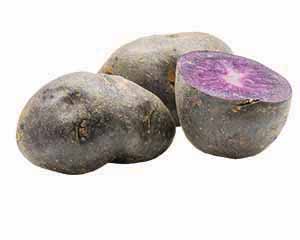 There’s a lot more than cod in this Maritime province. Its rocky soil grows all sorts of produce, including blue potatoes. Boasting a purple-cobalt tinge, these rare spuds are usually pan-fried and served alongside a fresh slab of fish. Keep an eye out for them on restaurant menus and at specialty farmers’ markets.

The locals of St. John’s speak with a distinctive brogue, but that’s not the only trait that sets this city apart. Climb Signal Hill to explore Cabot Tower, a historic structure with sweeping views of the surrounding coastline and the Atlantic Ocean. You’ll also want to visit the Rooms for its impressive collection of local art. Motor about 10 miles out of town to make a stop at the Cape Spear Lighthouse, the easternmost point in North America (except for Danish-controlled Greenland). If you have the time, head to the fishing town of Bonavista to see its colorful row houses, classic lighthouses and a replica of Cabot’s ship.

Long before Columbus first “discovered” North America, Vikings landed on the coast on their sleek longboats. Today, you can see what’s left of one of their settlements at the L’Anse aux Meadows National Historic Site on the northern tip of Newfoundland. Excavated wood-framed buildings and 1,000-year-old artifacts provide incredible insight into how the Vikings lived. Costumed guides and a dramatic backdrop of cliffs, coastline and bogs round out the experience.