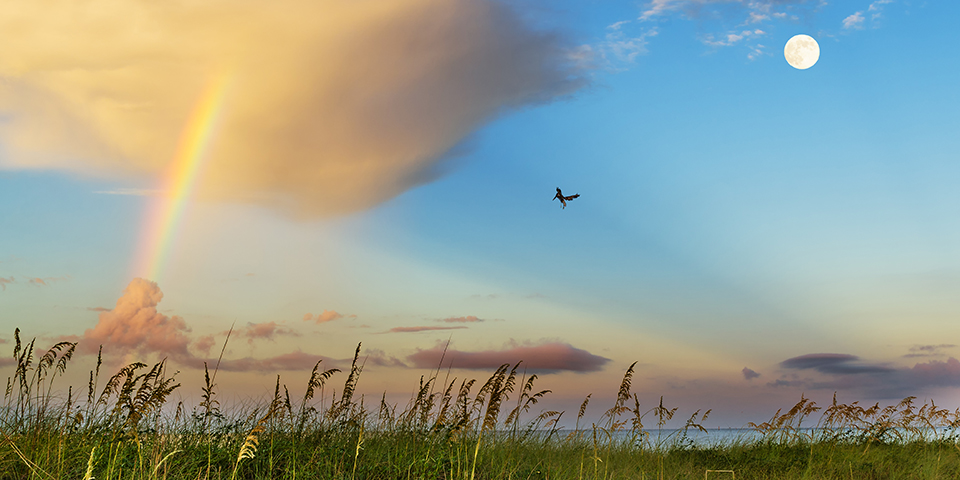 These spots in the Magnolia State will introduce you to a rock ‘n’ roll icon, Native American history and some of the tastiest seafood in the world. Throw in a little gambling and you’ve got an unforgettable vacation.

Mississippi’s Gulf Coast can be compared to a rich gumbo. Beginning with the French, who arrived at Biloxi Bay in 1698, the area has changed hands many times over its history, and each culture has contributed its own essence and heat to the coastal landscape. Today, in coastal communities like Bay St. Louis, Gulfport and Biloxi, visitors can savor each of the region’s flavors.

When King Louis XIV of France sent explorers to establish a French colony on what is now Mississippi’s Gulf Coast, he could never have imagined the palatial casino resorts holding court there today. About a dozen Gulf Coast gaming establishments in varying size offer blackjack, poker, slot machines and 24 hours of nonstop gaming. Thousands of visitors come each year, earning the region a spot among the top 10 gaming destinations. In addition to thrilling at the prospect of a big jackpot, visitors can enjoy star-studded entertainment and innumerable restaurant choices, serving everything from basic fare to fine dining.

Like the waves that roll ashore, the historic sights and sounds of Mississippi’s Gulf Coast are endless. Explore the region’s past to get a sense of the forces that shaped Mississippi into the state it is today. Start with a tour of Beauvoir, a National Historic Landmark and the retirement estate of Confederate President Jefferson Davis, situated on 52 acres overlooking the Gulf of Mexico. Tour the historic landmark to learn about the leader who attempted to lead the Confederate rebellion against the Union and died a political pariah in the South.

For more Civil War history, take a ferry ride into the Gulf for a visit to Fort Massachusetts on West Ship Island. Part of the property features park ranger-led tours of one of the last coastal forts of its kind built in the United States.

Gautier is where you’ll find Shepherd State Park, in the heart of what is called Pascagoula River Country. Also known as Singing River, it’s a natural estuary and home to nearly two dozen threatened and endangered species. Migratory birds use the river and its lush marshes as a resting point and breeding ground. 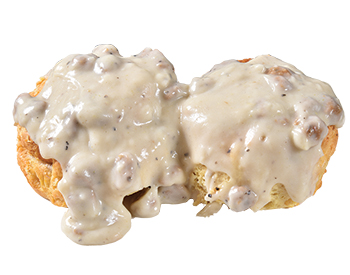 Directions:
Brown bacon and sausage thoroughly in skillet. Add butter and stir in flour. When it is brown, add boiling water, milk and nutmeg. Stir well over low fire until gravy thickens. Salt and pepper to taste. Serve over hot country biscuits.

Buccaneer State Park underwent a total renovation after being destroyed by Hurricane Katrina in 2005. The park, located in Waveland, features a 4.5-acre water park, an 18-hole disc golf course and more. In Gulfport, the Center for Marine Education & Research — also known as The Institute for Marine Mammal Studies  — provides a learning experience about marine life in the area. A visit to the Maritime & Seafood Industry Museum is the place to learn more about the Gulf Coast’s history and heritage.

Hit the Beach or the Links

Family time on the Mississippi Gulf Coast is like no other. A day at the beach means choosing a spot along 62 miles of scenic shoreline — plenty of room for swimming, sunbathing or hunting for seashells. Water sports like jet skiing and kayaking are available.

Fun Without Spending a Ton

There’s no rule that says all the fun comes with a price tag on the Gulf Coast. Watching sunsets on the beach or taking a hike on one of the nature trails costs nothing but time. A side trip along one of the area’s scenic byways is another novel and inexpensive opportunity to enjoy the Gulf Coast.

From Delta blues to Civil War battlegrounds, this stretch of the Mississippi River running through the Magnolia State boasts amazing stories of the American South. Ride with the current for a larger-than-life adventure.

From North to Natchez

Tunica, in northern Mississippi, is where you will find the glamour of casinos paired with river cruises, the Tunica River Park Museum and more. One of the first things visitors see coming into Tunica is a rustic train depot, which is actually the Gateway to the Blues Visitor Center and Museum. Inside, visitors can learn how Tunica played an important role in the birth of this uniquely American form of music.

Vicksburg is inextricably tied to the Civil War, and it’s where one of the most significant battles of the conflict occurred. At Vicksburg National Military Park, visitors can see battleground re-enactments and learn more about one of the toughest confrontations between the Confederate and Union armies, who fought to control this pivotal city on the Mississippi.

Natchez and its Louisiana sister city, Vidalia, enjoy an enviable position along the mighty Mississippi, sharing an equally storied past tied to the legendary Jim Bowie, a knife-wielding frontiersman the locals say defended himself time and time again with an infamous weapon — a curved knife — bearing his name.

Across the river in Natchez, the Natchez National Historic Park, Grand Village of the Natchez Indians and Natchez Museum of African American History offer distinctive perspectives of the multi-faceted history and culture of the city, the oldest on the Mississippi River. First settled by the French in 1716, Natchez for a time was under British rule and then Spanish oversight. It was the first capital of the U.S. Mississippi Territory (1798) and the original capital of the state (1817). For a photographic look back on Natchez history, visit Stratton Chapel, home to some 500 historic pictures.

The Elvis Presley legacy thrives in the town of Tupelo. Not only is this the birthplace of “The King,” it’s home to the Elvis Presley Park and Museum. But Elvis isn’t the only king around these parts. There’s also the largest herd of bison east of the Mississippi and one of the oldest warm-water fish hatcheries in the country. Battles have been fought here — everything from the Chickasaw Indians defending their native land to brother fighting against brother in the Civil War. Tupelo is listed in the annals of the fight for civil rights and is the starting point to an epic road trip through American history on the Natchez Trace Parkway.

Birthplace of the King

People travel from around the world to visit the place where it all began for the superstar known as the Tupelo Tornado. The two-room shotgun house where Elvis Presley was born is now part of a 15-acre park that includes his childhood church, a memorial chapel, a museum, a theater and an events center, along with several statues of the rock ’n’ roll icon. A story wall narrates Elvis’s life from birth to age 13, when his family moved to Memphis. Wander the Elvis Guitar Trail and explore 12 additional sites on the Elvis Driving Tour, including the Tupelo Hardware Store, where his mother, Gladys, purchased that first guitar.

The Private John Allen National Fish Hatchery is one of the oldest facilities of its kind in the country, founded in 1901. Operated by the U.S. Fish and Wildlife Service, this warm-water hatchery is used to spawn fish for public lakes, rivers, streams and reservoirs in Mississippi and the Gulf Coast. Fish hatched here are used to reestablish the species in their native environments and to sustain existing supplies. Hatchery-raised fish include striped bass, bluegill, paddlefish, lake sturgeon, piebald madtoms, alligator and Gulf Coast walleye. Fun-filled and family-friendly events are held throughout the year including a veterans and children’s fish rodeo.

The Natchez Trace Parkway was a “natural interstate” more than 8,000 years ago. This 444-mile course follows the “Old Natchez Trace,” a historical byway trod by Native Americans, pioneers, soldiers, slaves and future presidents, all searching for a better life. Regions traversed by the trace include swamps, lakes and rivers; forests, woods and bottomlands, along with prairies and fields. Thanks to the wide variance of ecosystems, the region is teeming with wildlife. Thirty-three animal species have been confirmed, including foxes, bobcats, feral pigs, black bear and armadillo. Running parallel to the parkway in some spots is the Natchez Trace Trail.

Follow the fight for freedom along the Civil Rights Trail, where seven plaques mark historic places of change for the local black community. Visit the location where African Americans held the “The March of Discontent” in 1964. See where marchers confronted police at the RC Cola plant.

For the Love of Elvis

Every June, Tupelo honors its native son with the Elvis Presley Festival. The event features blues, country and Southern gospel music that influenced Elvis during his childhood. Elvis look-alike performers shimmy and sing in the Ultimate Elvis Artist Competition. The festival is held in Fairpark, the place where Elvis competed in his first talent show at age 10.