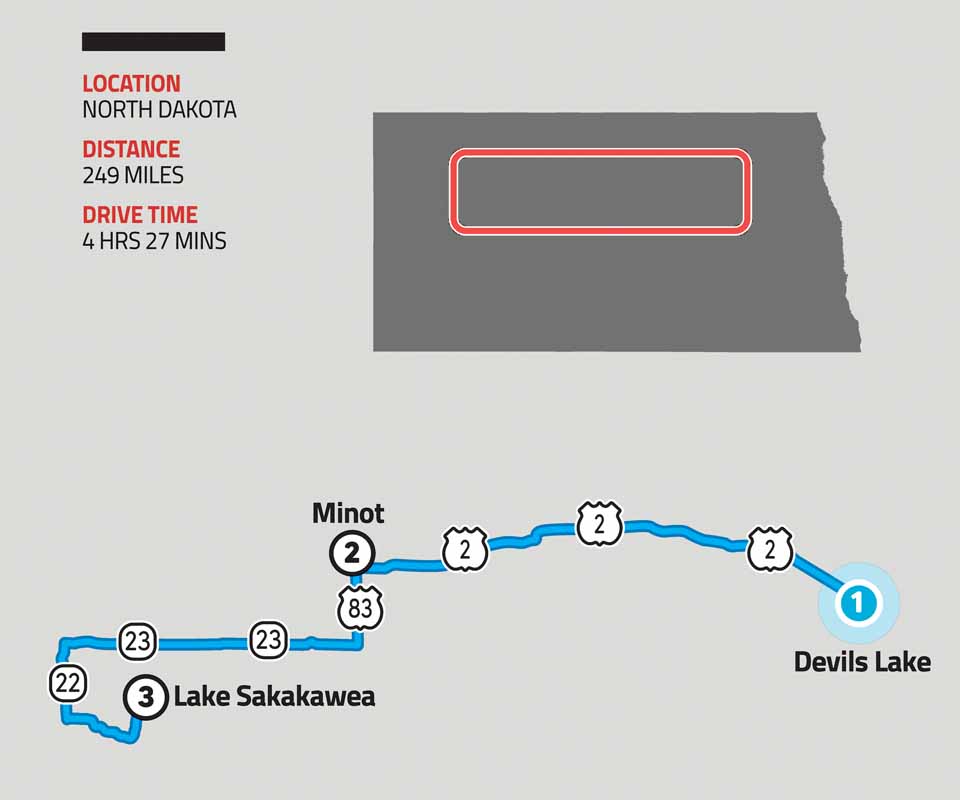 Surrounded by the expansive prairies of the Peace Garden State, the lakes of central North Dakota stand out like an oasis against the desert. From boating to hunting to world-class fishing, the possibilities for outdoors adventure are nearly endless, but as a vacation destination they remain largely off the beaten track. On this route from Devils Lake to Lake Sakakawea, you’ll have the chance to enjoy unspoiled natural beauty and top-notch attractions while still feeling like you’ve got the place to yourself. Hurry, because it won’t be long before the secrets out on some of the best fishing and sailing in the lower 48.

Despite being home to countless numbers of trophy-sized walleye, northern pike and white bass, it’s the perch that keep anglers coming back for more at Devils Lake. Regularly reaching over two pounds, the lake has been billed as the “Perch Capital of the World” and often ranks among the top five fishing lakes in the country. You’ll likely spend most of your days on the water, but hikers, birdwatchers and hunters should make time for the wildlife preserves nestled on the lake’s shore. Grahams Island State Park and Sully Hill National Game Preserve are popular year-round refuges for migrating waterfowl, as well as bison and elk. End your stay at the lake’s namesake town, where friendly cafes, local history museums and a rollicking casino dominate the downtown.

About 120 miles west, the “Magic City” of Minot beckons visitors looking for quirky culture and one-of-a-kind festivals. The Scandinavian Heritage Park offers the chance to discover the region’s Nordic roots through museum exhibits and full-scale reproductions of traditional buildings. The 60-foot-tall Stave Church and the replica 18th-century stabbur, or farmhouse, are especially popular. If you’re lucky enough to visit during late September, you won’t want to miss the festivities at the Norsk HostFest, North America’s largest Scandinavian festival, which boasts music, food and more from entertainers around the world. In July, the North Dakota State Fair takes over with world-class country musicians, rodeos and motorsports. 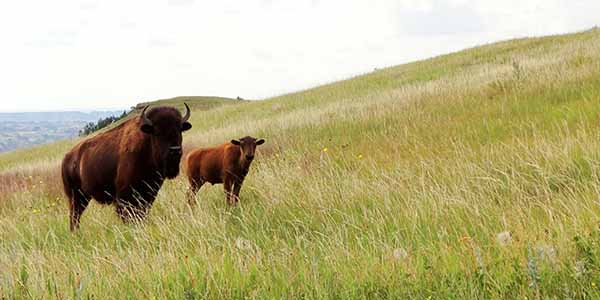 At nearly 180 miles long, Lake Sakakawea is the largest man-made reservoir in the nation and boasts more miles of shoreline than California’s Pacific Coast. A true boater’s paradise, you can rent or launch your own craft from one of the many marinas, though anglers should head to the state park on the lake’s southern shores, where the boat launches offer access to some of the lake’s best salmon spots. Walleye and northern pike are also frequent catches. From sailing to windsurfing, the prairie winds mean perfect conditions for a day on the water, but if you’d rather stay on dry land, there are also miles of hiking and biking trails to enjoy. The Shoreline, North Country and Overlook trails offer varying degrees of difficulty and equally stunning views.