A bustling city with an enviable setting on the Gulf Coast, Tampa keeps visitors busy with a slew of adventures. Few cities can lay claim to such world-class cultural attractions along with white-sand beaches, secluded bays, fertile rivers and state parks for travelers wild at heart.

The Thrill of It

From the slick glass and steel towers of downtown to the boisterous bars and nightclubs at historic Ybor City and the upscale shopping along St. Petersburg’s Beach Drive, there’s never a dull moment in Tampa. Busch Gardens’ adrenaline-infused rides, the water-themed activities of Adventure Island, and the impressive displays at the Florida Aquarium will keep families entertained for days on end. Tampa’s acclaimed Museum of Art is a breathtaking repository of classical antiquities, decorative arts, 20th-century photography and modern art. Art from the Surreal to Spectacular

At the Salvador Dali Museum in St Petersburg, visitors can peruse 2,400 of the outlandish Spaniard’s works, the largest collection of Dali’s works outside Europe. There’s plenty to satisfy art lovers at the John and Mable Ringing Museum of Art in Sarasota with its eclectic collection of European paintings along with circus bills and Asian art.

Founded by cigar manufacturers, Tampa’s Cuban influences infuse the city’s cultural landscape, especially in the city’s Latin Quarter, Ybor City. A National Historic Landmark District, Ybor City’s eye-catching brick buildings and former cigar factories have been recast as hip boutiques, chef-driven concept restaurants and contemporary galleries. The nightlife here is legendary, with a diverse mix of nightspots ranging from boisterous themed clubs to sophisticated wine bars, cocktail lounges and dive bars. Visitors can unravel the region’s Cuban roots at the Ybor City Museum State Park, where guided tours shed light on how the city became home to over 150 cigar factories and in the process (so legend has it) created the Cuban sandwich.

Beauty and the Beach

Chill on the Shore

Florida’s most-visited state park, Honeymoon Island is famed for its blissed-out beaches, abundant birdlife and the Osprey Trail that weaves through endangered pine forest. The island and its 4 miles of stunning beaches are best explored by bike, on foot or via kayak. The hardwood forests, pristine lakes and rolling hills of Alafia River State Park, 30 miles southeast of Tampa, are crisscrossed with a network of over 40 miles of trails. Little Manatee River State Park is the setting for one of Florida’s most popular hiking trails, a 6.5-mile loop trail through rare ecosystems. 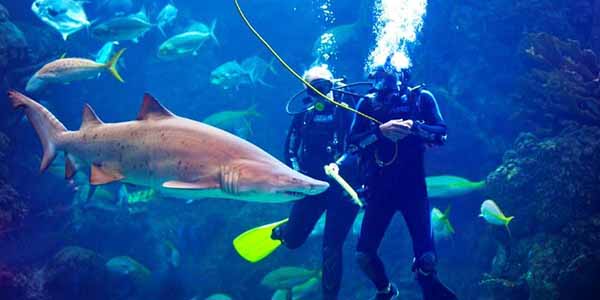 Pirates of the Caribbean

Tampa boasts a robust lineup of festivals and events that celebrate the region’s history, cuisine and landscape. The Gasparilla Pirate Festival in late January has been celebrating buccaneers and their shenanigans since 1904. At the Gasparilla Festival of the Arts in early March, over 1,000 artists compete for 300 spots in a highly competitive juried art show that aims to recognize both established and emerging artists. The Tampa Riverfest festival features food and drink tastings, arts and craft exhibits, live music, and the magical hot air balloon glow event. In February, Florida’s State Fair delivers agricultural and artistic exhibits and carnival rides. In November, top jazz musicians from across the nation converge on Clearwater for the Suncoast Jazz Festival.

The city’s historic Latin district, Ybor City came into being when Vicente Martinez-Ybor, a Cuban immigrant, arrived in 1886. Lured by an abundant water supply and superb transportation infrastructure, Ybor’s vision was to establish Tampa as the world’s cigar capital. When the Great Depression and mechanization hurt Tampa’s cigar industry in the late 1920s and early 1930s, Ybor City’s economic stature sharply declined. At the Ybor City Museum, housed in the 1920s-era Ferlita Bakery building, you can trace the history of Ybor City and immigrants’ role in the city’s commercial heyday. The museum’s exhibits include a typical “casita,” complete with period furniture.

At the Henry B. Plant Museum (formerly the Tampa Bay Hotel), you can marvel at a dazzling collection of antiques, artworks and period furnishings. Railroad mogul Henry B. Plant built the transport infrastructure necessary to attract and connect businesses and hotels. Plant’s lavish Tampa Bay Hotel, with its striking six silver minarets, was modeled on the Alhambra palace in Spain and now stands as a symbol of Tampa’s tourist industry.