Sprawling along the banks of the North Saskatchewan River, Edmonton is a prosperous city with a youthful air and confidence. Edmonton is studded with all the trappings of a thriving urban metropolis, including a revered art gallery, stately landmarks, a vibrant theater district and a stellar festival lineup. Going by the moniker of the “Gateway to the North,” Edmonton straddles some of Canada’s most fertile farmlands and oil-rich territories. With a park system that is without peer and spectacular wildlife watching at Elk National Park, Edmonton is an excellent base for exploring the wild and beautiful lands of Canada’s north. 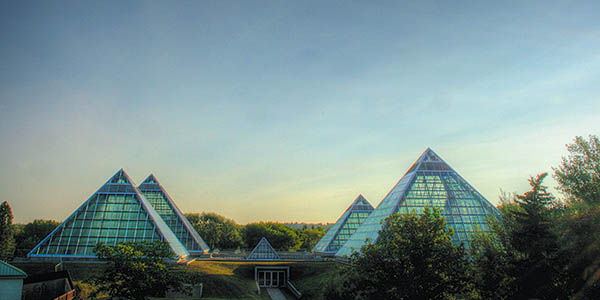 Located near the center of Alberta, Edmonton is the provincial capital and the northernmost city in North America with a population topping one million. Some 186 miles north of Calgary, Edmonton is one of Canada’s coldest cities during the winter, but summers are mild with highs in the low 70s. Alberta’s busiest and longest highway, Highway 2 (or Queen Elizabeth II Highway) runs from the Canada–U.S. border and cuts through Calgary and Edmonton en route to Grande Prairie.

The largest city park in North America, the River Valley Park system encompasses more than 20 parks laced with almost 100 miles of trails as well as swimming pools, tennis courts and playgrounds. The town of Devon, the most western part of the River Valley Park system, is home to Voyager Park, a superb family park with river and (rare) beach access. Less than an hour’s drive from downtown Edmonton, Elk Island National Park is one of the region’s undisputed highlights and should not be missed.

Bring your credit card to one of the most popular attractions in the city: West Edmonton Mall, the largest mall in North America. This vast indoor shopping complex features over 800 stores spread out over more than 5 million square feet, but retail isn’t the only game here. Popular non-shopping features include the Galaxyland amusement park, the second-largest indoor amusement park on the planet. The World Waterpark — the second-largest indoor waterpark on earth — is another major draw, with some serious slipping and sliding opportunities, including one slide that’s 83 feet high.

The park’s northern prairies plateau ecosystem preserves the second highest concentration of large mammals in the world, including the wood bison and pygmy shrew, the largest and the smallest mammals in North America. Magnificent herds of roaming plains bison, wood bison, moose, deer and elk can be seen in addition to more than 250 species of birds that flit through protected aspen woodlands, one of Canada’s most endangered habitats, at night. Elk Island has a number of novice trails (just a few steep inclines) that traverse the park’s signature habitats.

While Edmonton’s downtown has a no-nonsense business-oriented vibe, it’s well worth exploring for its handful of excellent museums, including Art Gallery of Alberta, which houses over 6,000 artworks, primarily Canadian abstract painting and sculpture. A usurper of Edmonton’s monolithic skyline, the iconic pyramids of the Muttart Conservatory botanical gardens showcase more than 700 species of plants and flowers, grouped according to their different biomes: tropical, arid and temperate. Also downtown, the City Market is frequently hailed as one of Canada’s best farmers’ markets for its super fresh produce and specialty items. The 4th Street Promenade is downtown’s most lively corridor, with a clutch of hip bars, restaurants and boutiques. South of the river, the eclectic galleries, restaurants, cafés and bars of boho Whyte Avenue are where you’ll encounter a more local scene. 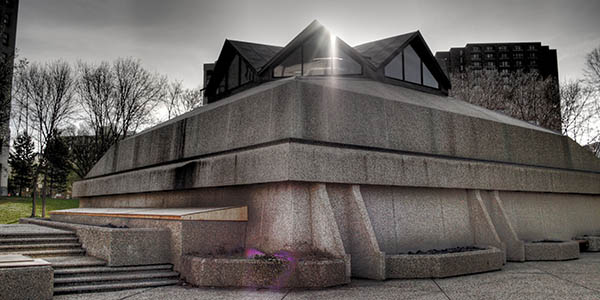 Edmonton is always game for a party and boasts an events calendar that’s chock full of diverse and irreverent festivals, including Edmonton’s Fringe Theatre Festival, second only to Edinburgh in its scale and quality. During August, all eyes are focused on the vibrant Old Strathcona theater district, where theater troupes convene from across the globe to showcase new works. The last week in June, the Summer Solstice Festival features some of the world’s top ensembles over a three-day period. In July, the Taste of Edmonton is Western Canada’s largest food festival with curated dishes from around 50 independent restaurants and food trucks, as well as cooking demos and workshops hosted by regional chefs.

One of the region’s most popular attractions during the summer, the Ukrainian Cultural Heritage Village explores and celebrates the heritage and traditions of Canada’s Ukrainian settlers who made Alberta their home in the late 19th century. The living history museum comprises of 30 historical structures, including a blacksmith’s shop, a grain elevator, a burdei (a cross between a log cabin and a sod house) a one-room schoolhouse, and three Byzantine churches. Costumed interpreters re-enact the day-to-day lives of early settlers and provide interactive demonstrations of their trade or craft. A café serves home-style Ukranian delicacies, including perogies, garlic sausage, cabbage rolls, and borscht. It’s an old-world feast for hungry appetites.