A visit to the Amana Colonies is a must for anyone touring the Midwest. Situated 25 miles west of Iowa City, these seven villages established on the Iowa prairie give visitors an intimate view into a self-sufficient religious settlement that thrived for nearly 80 years and is still alive and active today.

The Amana Colonies, known communally as the Amana Society, were settled beginning in 1855 as a series of villages by the Community of True Inspiration. The Inspirationists were German Pietists who existed throughout several provinces of Germany and Northern Switzerland. In the 1840s, migration to America began in order to form a communal society, allowing all members to afford the arduous journey. In New York, the Inspirationists founded the Ebenezer Society but began to dissolve it already in 1855 when the decision was made for the whole group to relocate to Iowa.

Communal life within the villages consisted of members taking meals at one of over 50 communal kitchens, working at jobs assigned by a council of elders, and a rigorous religious life that included attending 11 prayer meetings per week. The economy was driven by woolen and calico cloth production. The Amana Society produced and marketed hog powder, pepsin and other medicines, as well as various crops and ag products.  Proceeds from their economic activities helped sustain the lives of all the residents.

Life in the Amanas remained relatively quiet until the early 20th century when outside factors began to erode their simple way of life. The Great Depression, more interaction with outsiders and the desire to pursue a more modern life led the Amana people to abandon the formally established communal way of life. In its place, the residents formed a joint-stock company that held all the economic assets. The church remained virtually the same as before.

The Amana Heritage Museum and the Amana Colonies Visitors Center in the village of Amana are both ideal first stops. Start your visit at the Amana Colonies Visitors Center to gain an orientation of the area’s many interesting things to see and do. Then, three Amana Heritage Museum sites offer the opportunity to step into the living history of the Amanas. At the Amana Heritage Museum, a concise video and exhibits lay out 300 years of Amana’s history with open spaces reminiscent of the communal era. The Homestead Community Church is a 150-year-old worship space, where you will gain insight into the religious beliefs of the community. 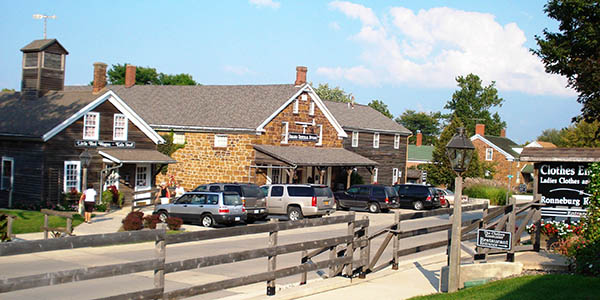 Ever wonder how 1,600 people ate at one time during the communal era? See how meals were prepared for Amana residents by visiting the Communal Kitchen and Cooper Shop Museum in Middle Amana. It’s the only intact kitchen house left in the Amanas, preserved as it was when it served multiple meals each day to residents prior to 1932.

The Amana people are known for their exquisite craftsmanship, which you can see firsthand at the Amana Furniture and Clock Shop. Walnut, cherry and oak are at the heart of many pieces, and they share space with Iowa’s largest clock selection on display, as well as workshop viewing gallery. More locally crafted treasures can be found at the Broom and Basket Shop in West Amana.

The economic force that afforded the early Amana people life in America was the wool industry. Expert clothweavers in the Old World, the Amana Woolen Mill has been a part of the community since its earliest days in Germany. Today, the mill continues a rich tradition of producing fine blankets and accessories in wool and cotton.

The Amana General Store is one of the most popular stops. Once an integral part of communal life, the general stores were the windows to the outside world where Amana Colonies residents could buy goods that were not locally produced. Today, the Amana General Store stocks its shelves with the best of contemporary and handmade collectibles. Its International Christmas Market celebrates the holidays year-round. If you want to take a step back into time, visit the High Amana General Store in High Amana to experience an Amana Colonies general store as it appeared over 100 years ago. Local and imported handcrafted gifts set the tone for a one-of-a-kind shopping experience.

If you like the arts, the Amanas have much to offer. Located in High Amana, the Amana Arts Guild promotes both traditional Amana and modern folk art. Its gallery offers a great selection of local-only handcrafted items. The Old Creamery Theatre Company is a 300-seat professional theater offering shows from April to December. Its location near the Amana RV Park is ideal for RVers looking for great entertainment during their stay.

The Colonies love to celebrate their heritage through numerous festivals held throughout the year. Maifest, Wurstfest and Oktoberfest promise great days of food, family-friendly activities and entertainment. If that’s not enough, the Amana RV Park & Event Center hosts many diverse events right on the grounds where you’ll be staying. Whether it’s the Becksterfest Polka Festival, Firecracker 4th Antique Show, Woodfest or a large RV rally, the RV Park is the place to be for great fun and entertainment from April through October.

The Amana Colonies embody a treasured delight to the traveler—genuine hospitality. While the early colonists sought to live away from the “world,” they nevertheless enjoyed travelers. Whether it was area farmers buying and selling crops, or salesmen and vendors for the mills, there were always coupons for them and their families to eat at one of the communal kitchens. The four hotels found in communal Amana always treated guests just right. Hospitality has become the epitome of the Amana experience.

The Amanas also carry on a long tradition of brewing wine and beer. Several wineries dot the village of Amana, while Iowa’s oldest microbrewery, Millstream Brewing, produces many German styles plus specialty beers. Stop by the Akerman Winery Haus for a fine vintage. 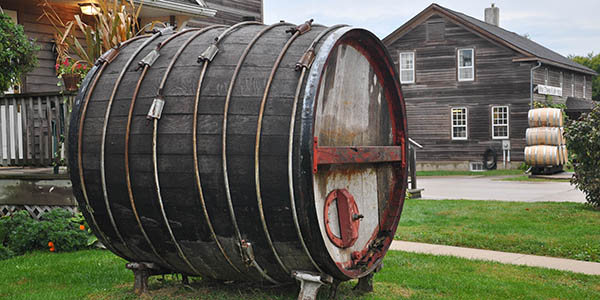