Get a unique taste of the Peace Garden State in this trip. From the state capital to the legendary stomping grounds of Teddy Roosevelt, you’ll get a sense of the history, culture and stories that have shaped this largely untamed slice of North America.

North Dakota’s capital is a showcase of history. At Fort Abraham Lincoln, visitors can get insights into a key infantry and cavalry post from the 1800s. Depart from the Port of Bismarck for a Missouri River cruise in a classic paddlewheel riverboat. About 40 miles north of the capital city is the Lewis & Clark Interpretive Center and re-created Fort Mandan. You’ll discover how local Native Americans helped the settlers survive the brutal winter of 1804-1805. Also, visit nearby Knife River Indian Villages. 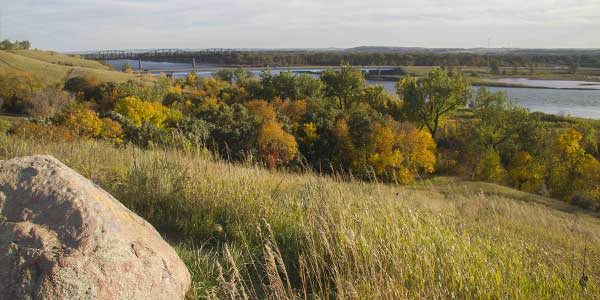 Dickinson is home to — among other things — the Dakota Dinosaur Museum. This fascinating facility offers a rare, up-close look at various prehistoric fossils, several full-size dinosaur displays and a genuine triceratops skeleton. Another exhibit showcases meteorites, including some that were originally part of Mars, as well as from our own moon. 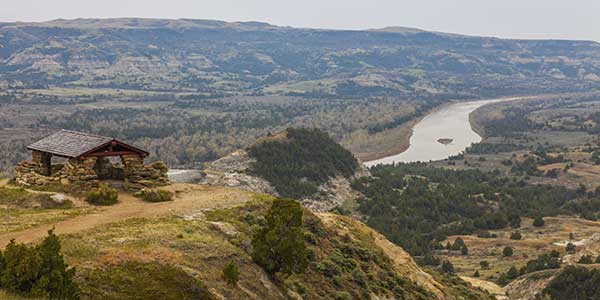 A gateway to Theodore Roosevelt National Park, this town is a launching pad to hiking adventures. In Medora, you’ll discover a few interesting tidbits about this area. Founded by a French nobleman in the late 1800s, Medora was a thriving boomtown for many years. A few years later, Theodore Roosevelt arrived on the scene, originally to hunt buffalo. He fell in love with the region and built two cattle ranches within easy range of the town.