Trace the city’s evolution from revolutionary tinderbox to modern metropolis

One of the bedrock cities in America’s Revolution, Boston’s patriotic past serves as a backdrop for its modern-day cosmopolitan style. Its window on the world is Boston Harbor, surrounded by world-class educational institutions, arts and culture venues, great dining and shopping options, and, of course, iconic professional sports teams.

When Samuel Adams and the Sons of Liberty defied British rule in 1773 by dumping crates of tea off a British ship and into Boston Harbor, the aptly named Boston Tea Party left an indelible impression on history. The raid, staged to protest exorbitant British taxes, only heightened the tension between the Colonies and England, setting the stage for the war to come.

The Boston National Historical Park tells the story of the city’s role in the American Revolution along with the city’s rise to prominence as the young nation grew. The park is essentially a cluster of 16 historic sites, all connected by the 2.5-mile Freedom Trail, which traverses the streets of downtown Boston. Visitors can follow the largely brick walkway to historic places like Faneuil Hall, a place of commerce and revolutionary ferment leading up to the war; Paul Revere House, home of the silversmith who warned residents of the impending British invasion; Bunker Hill Monument, marking a battlefield that saw heroic Colonial resistance to a British onslaught; Old North Church, memorialized in the Henry Wadsworth Longfellow poem, “Paul Revere’s Ride”; and the Old South Meeting House, which served as a staging ground for the aforementioned Boston Tea Party.

Fans of iconic American architecture should add a stop at the Beacon Hill neighborhood to their itineraries. This historic district is full of old Federal-style brick row houses that frequently make appearances on Boston postcards. Get another glimpse of the past at the Old State House Museum, housed in the former Towne House built in 1713, making it the oldest surviving public building in Boston. 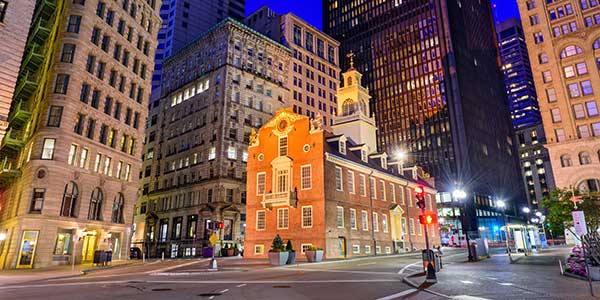 Turn the clock forward and enjoy the Boston of the 20th and 21st centuries. Perched atop a 50-story skyscraper, the Skywalk Observatory serves up sweeping views of contemporary Boston, whose diversity is as rich as its love for its home sports teams: Boston Red Sox (baseball), Boston Celtics (basketball), New England Patriots (football) and Boston Bruins (hockey).

Runners know Boston as the home of the Boston Marathon, one of the world’s biggest long-distance foot races, held annually on the third Monday of April (Patriots’ Day). This marathon attracts the crème de la crème of the running community, the top runners of their age groups. There are a few charity bibs for those who haven’t earned a fast qualifying time.

Beyond sports, family fun thrives in places like the New England Aquarium, Boston Children’s Museum and Museum of Science, each offering something for the entire brood. Cultural interests abide in the Museum of Fine Arts, The Institute of Contemporary Art and Isabella Stewart Gardner Museum. Performances of The Boston Symphony Orchestra, Boston Ballet and innumerable theaters around town underscore Boston’s commitment to the arts. The Boston Pops has gained popularity for its repertoire of popular and light classical music.

The Rose Fitzgerald Kennedy Greenway is a mile-and-a-half stretch of public space connecting the downtown area and the harbor. Visitors can ride the carousel, enjoy public art, shop at a farmers market and tap toes to live performances. The John F. Kennedy Presidential Library and Museum is located at Columbia Point, as is the Edward M. Kennedy Institute for the United States Senate. 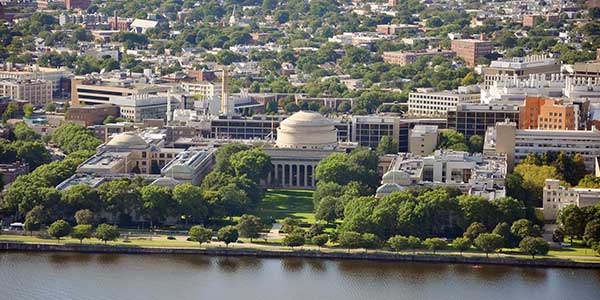 Boston University houses a collection of writings and other papers of the Rev. Dr. Martin Luther King Jr., who earned his doctorate at the school. Boston is also the place where King met his wife, Coretta, then a student at the New England Conservatory of Music, the oldest school of its kind in the United States.

Be sure to visit “Boston’s Left Bank,” also known as Cambridge, home to Harvard University and the Massachusetts Institute of Technology (MIT). You’ll find musicians, puppeteers and jugglers among the entertainers at Harvard Square, while culinary masterpieces are created at Central, Kendall and Inman squares. Of course, places like Faneuil Hall Marketplace, Boston Public Market and Haymarket offer shopping, dining and entertainment.

Discover greenery and peace in the midst of a major city. Board one of the swan boats at Boston Public Garden and spend the next few minutes gliding through the scenic pond with an experienced pilot at the helm.

Just North of Boston, a necklace of towns offer a refreshing perspective of New England’s past and present. Picture freshly caught seafood such as bluefish, clams, cod, haddock and, of course, lobster, ready for a dinner table near you. That, along with nearly a dozen historic lighthouses and almost as many memorable beaches, makes the trek worthwhile.

The Streets of Old Town in Newbury are dotted with pre-Revolution grand mansions and artisan homes. Essex, said to be where fried clams were invented, is bursting with antique shops and seafood restaurants. Yachts of every size and taste can be found at Marblehead. Salem, perhaps best known for its infamous witch trials in the 1600s, is home to the lighthouse known as Winter Island Light.

Enjoy the peaceful beauty of nearby Plum Island, home to the Parker River National Wildlife Refuge, where migrating shorebirds flock every year.

Gloucester, about 35 miles northeast of Boston, is the oldest seaport in the United States. Its seafaring story is preserved by the Maritime Gloucester heritage center. This is also where you’ll find the Annisquam Harbor Light Station and Good Harbor Beach. Whale-watching excursions leave from Gloucester and from the nearby town of Newburyport, the latter a showplace for homes built with fortunes made from shipbuilding and other maritime industries. Follow the lead of the locals, whose families head to Salisbury Beach State Reservation for fishing, swimming and other recreational activities.