More than 70 years have passed since the Nat King Cole Trio originally released (Get Your Kicks On) Route 66, but there’s still plenty to see along this iconic highway. Route 66 covers more than 2,400 miles and runs through a total of eight different states, leading motorists through communities that proudly preserve their classic Americana architecture and atmosphere. Along this fabled highway, travelers can see a blue whale, ride a 10-story slide and shop at Camping World Tulsa to stock up on supplies.

It’s important to note here that the development of more interstate highways has somewhat obscured the original Route 66. For the purposes of this article, we’re working from the historic route, which you can view here. 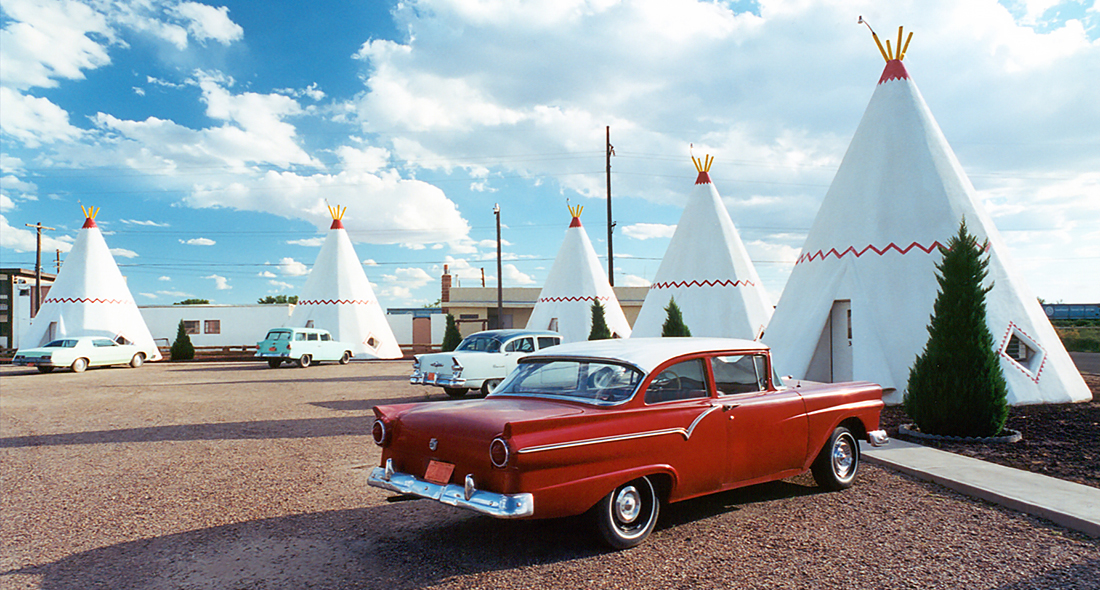 There’s a lot to see over that much distance. From Chicago all the way down to the beaches of Southern California, we’re going to use the rest of this article to highlight some of the best Route 66 RV road trip destinations. 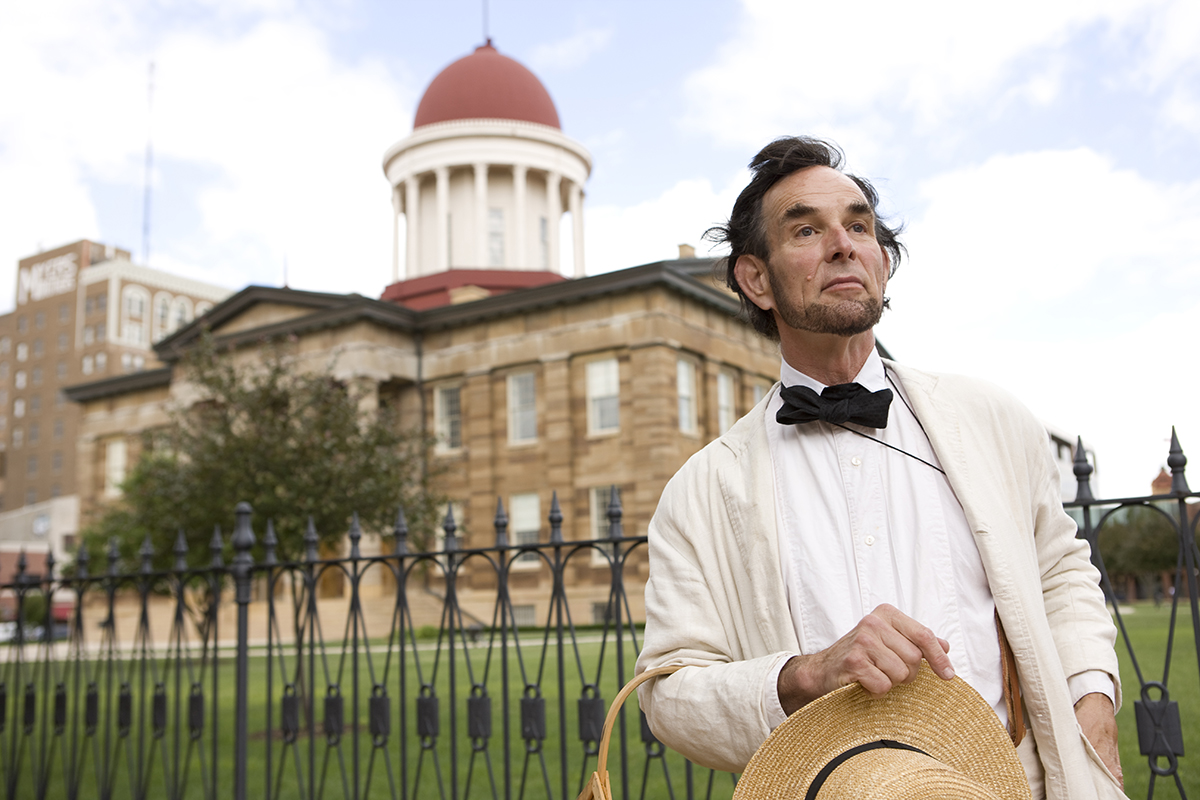 Springfield is the capital of the state of Illinois. One of our country’s most famous presidents, Abraham Lincoln, called Springfield home for many years before he was elected president. Today, Springfield is a great destination for exploring Civil War history, strolling through one of the city’s botanical gardens, or perusing the archives at the Abraham Lincoln Presidential Library.

One of the cooler attractions in Springfield is Adams’ Wildlife Sanctuary. Miss Margery Adams donated this beautiful parcel of land to the Illinois Audubon Society in 1983. The society, which is the state’s oldest non-profit independent conservation organization, has turned Miss Adams’ property into an urban nature center and trails system that is open to the public and free of charge. 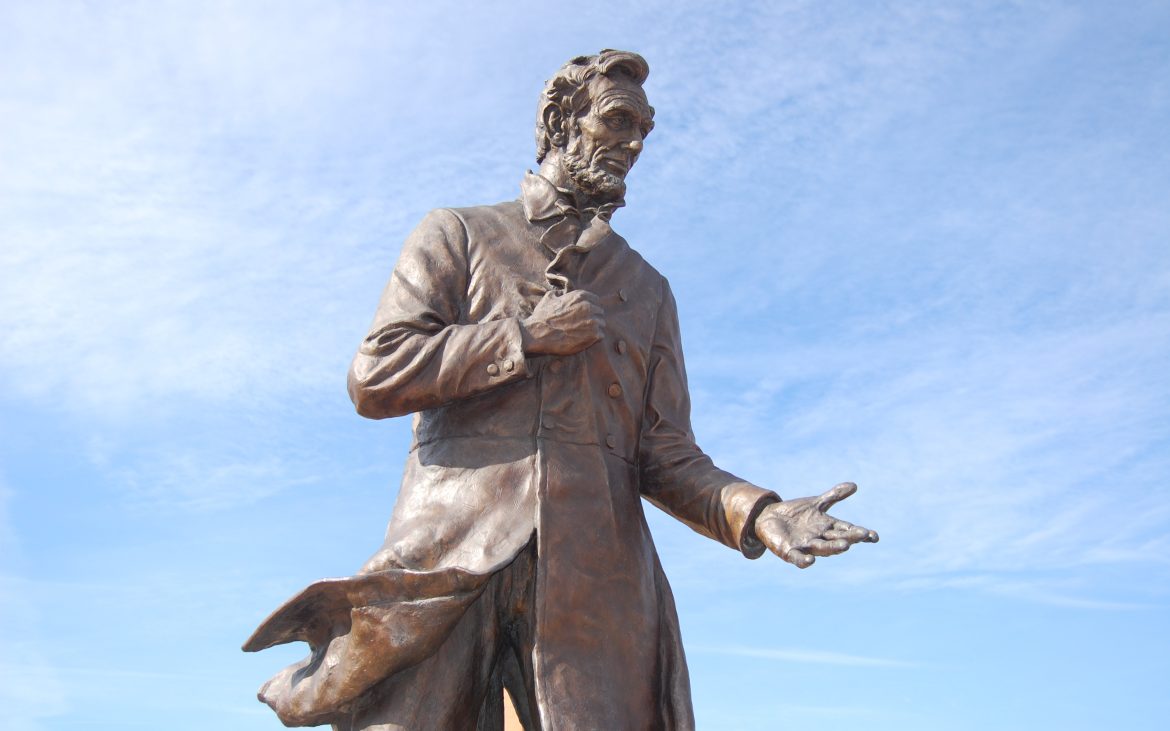 This statue stands in a public park outside the Abe Lincoln Presidential Library in Springfield. Photo Credit: Getty Images, SmileLikeUMeanIt

Top Stop: About 100 miles northwest of Springfield, the town of Pontiac honors the iconic route with historic murals on the buildings that line the road. The murals honor farming, industry and other local achievements that helped put Pontiac on the map. The Roszell’s Soda Shop Mural celebrates a day when ice cream, hot dogs and tall glasses of fizzy beverages were served in bustling local hangouts.

Stay: If you’re looking for a Good Sam Park in Springfield, it’s hard to beat the facilities and appeal of the Double J Campground. 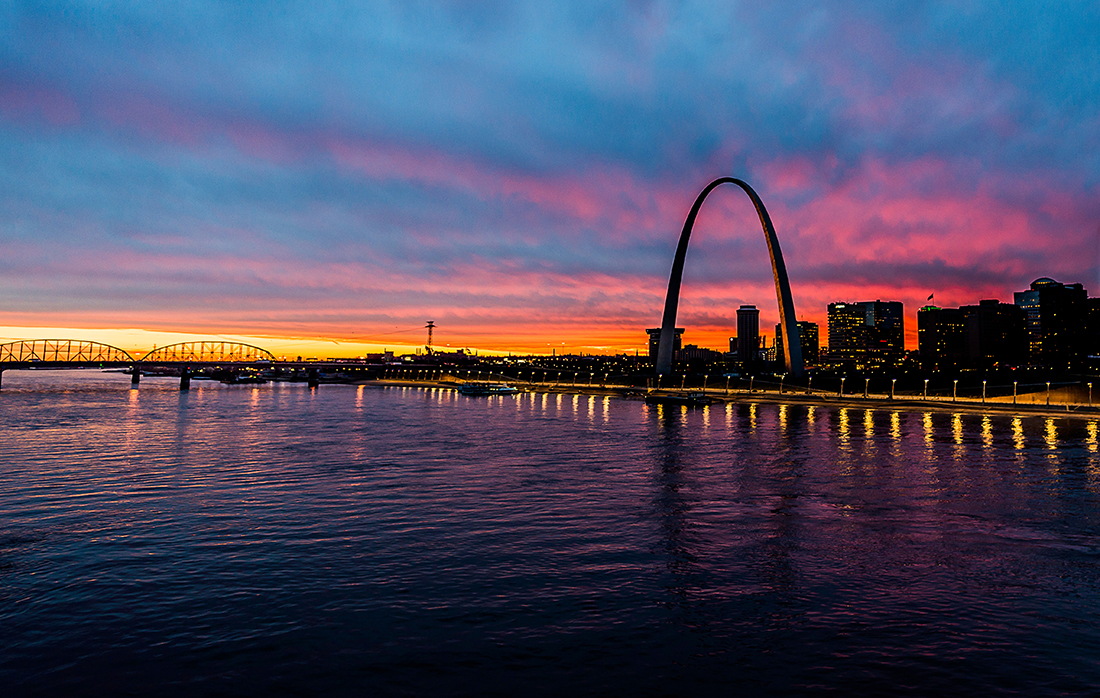 St. Louis is nestled on the banks of the mighty Mississippi and Missouri Rivers. As you make your way southwest on Route 66, you’ll want to stop in St. Louis to check out some of the city’s best attractions. Saint Louis was founded in 1764 and derives its name from King Louis IX. From the Gateway Arch to the Anheuser-Busch Brewery, there’s plenty to make Saint Louis a worthy stop on your Route 66 RV road trip.

Top Stop: One of the more unique and unusual attractions in Saint Louis is the 10-Story Spiral Slide located at City Museum. It’s a little bit like an family theme park set in a century-old warehouse. The museum has an amazing collection of architectural and industrial objects that have been repurposed to create spectacular artwork and educational exhibits. The towering play structure with tubes in all directions will keep kids busy. And yes, you can certainly slide down the 10-story spiral slide, so long as you can make the walk to the top!

Stay: While there aren’t any Good Sam Parks located in St. Louis proper, you’ll find Cahokia RV Parque in neighboring Cahokia. This park is just across the Mississippi River from downtown St. Louis. The Sundermeier RV Park in St. Charles is also a great option situated about 30 minutes northwest of the St. Louis city center. 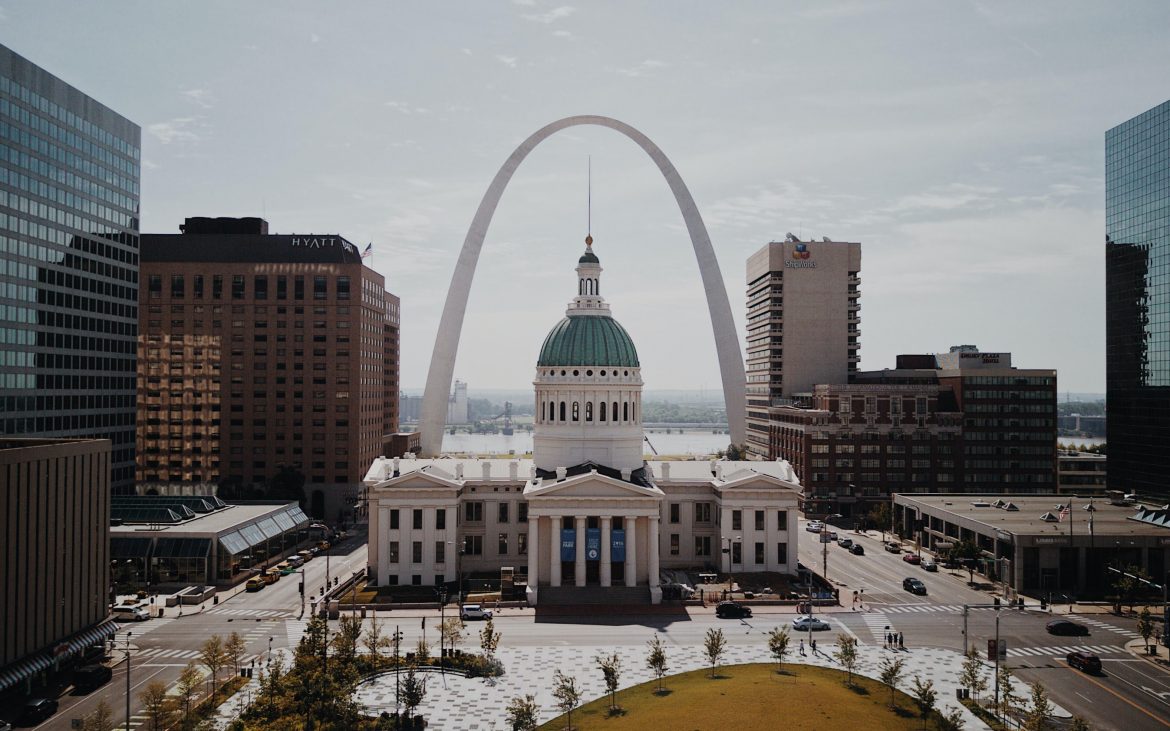 As you work your way along Route 66, one of the next best urban stops is in Tulsa, Oklahoma. The infamous Blue Whale of Catoosa is one of the bizarre roadside attractions along this stretch of Route 66, but there’s also plenty to do in Tulsa proper. The second-largest city in the state of Oklahoma is also the former undisputed “Oil Capital of the World.” Today, the city is a small-business haven and is one of the country’s busiest inland ports.

Top Stop: One of the more interesting attractions in Tulsa is the Gilcrease Museum. This museum houses the world’s largest collection of art and artifacts from the American West. There are more than 28,000 objects to see in the museum and the Kravis Discovery Center features many interactive exhibitions that allow visitors to immerse themselves in the early history of America. 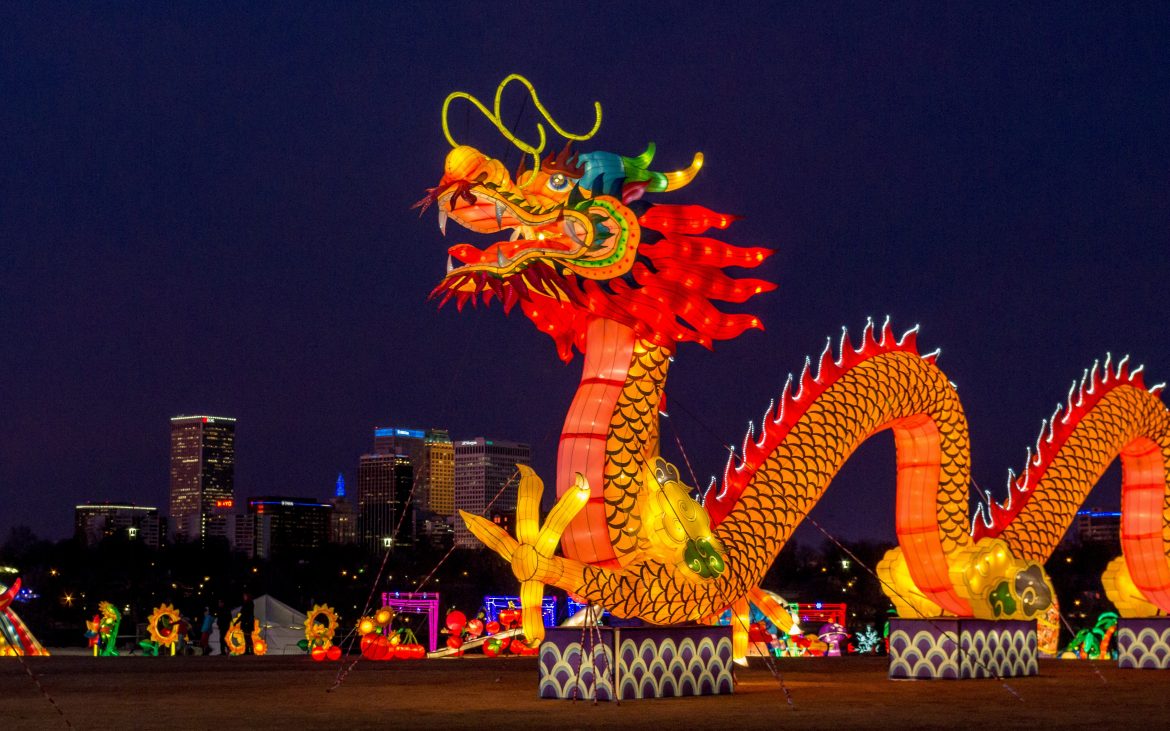 Stay: Within the Tulsa city limits, you’ll find two Good Sam Parks to choose from. Mingo RV Park is situated just five minutes from downtown Tulsa and offers free coffee and donuts to visitors. Another nearby option is the Cherry Hill Motorhome and RV Community. Nearby in Beggs, OK, you’ll find the Tulsa RV Ranch, which has a dog park, restaurant and bar on site. 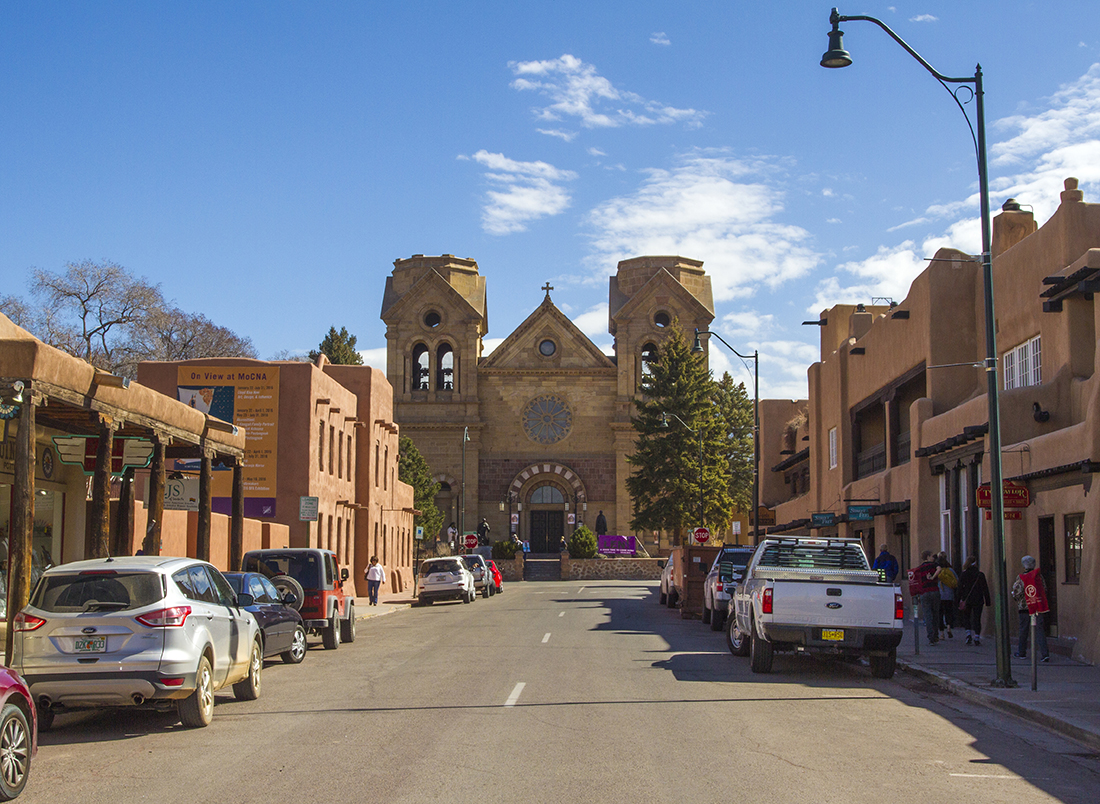 The iconic Santa Fe Cathedral in the heart of the city. Photo: New Mexico Tourism & Travel.

When it comes to unique towns in the American Southwest, it’s really hard to pass through Santa Fe without stopping to see some of the city’s best attractions. Santa Fe is the capital of New Mexico and, at 7,000 feet above sea level, it is the highest capital city in the entire United States. Santa Fe is also the oldest capital in the nation. New Mexico’s third Spanish governor, Don Pedro de Peralta, founded the city way back in 1608 and it became the capital in 1610. 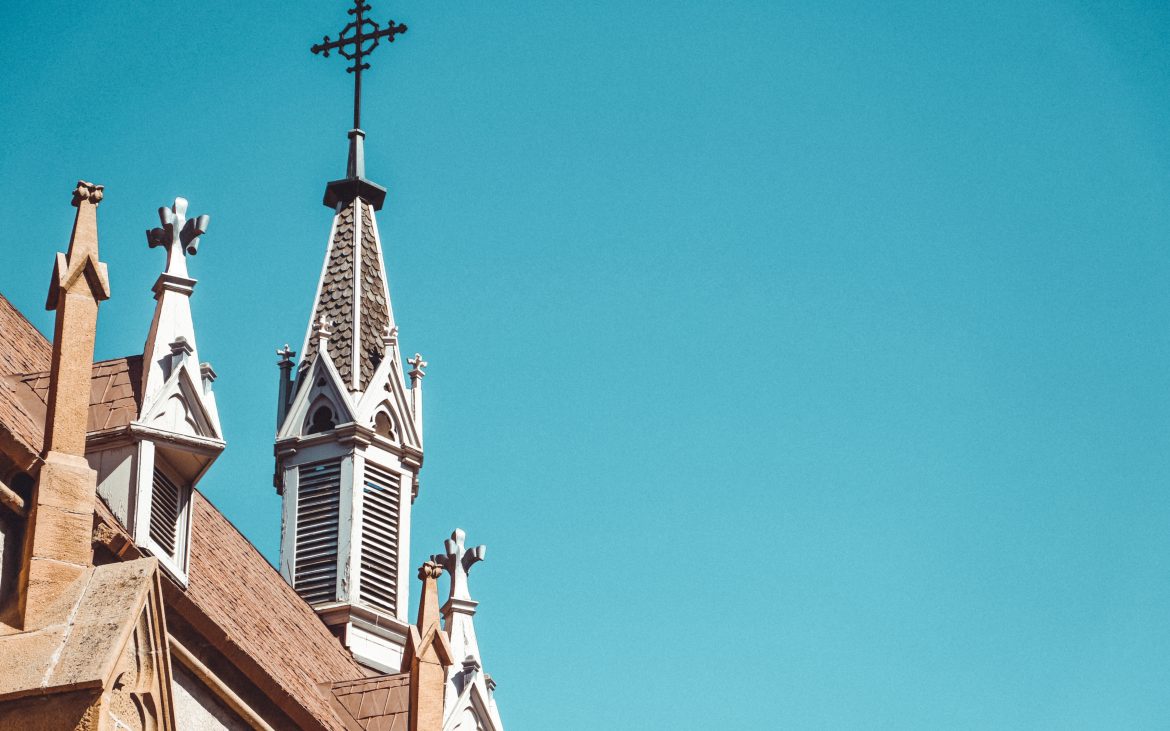 Top Stop: If you’re looking for a unique spot to check out in Santa Fe, be sure to stop by the La Cieneguilla Petroglyphs. The petroglyphs on this site date back to the Pre-Colombian era and they represent the largest collection of Native rock art in the American West. Within less than a mile, there are more than 4,400 images representing birds, deer, hunters and even some Native flute players. The site is located just a short hike off the Paseo Real and many of the images there date all the way back to as early as 2000 BCE.

Stay: When you arrive in Santa Fe, you should be sure to find yourself a Good Sam Park to call your temporary home base. The Santa Fe Skies RV Park is just minutes away from the city’s historic plaza, as well as many delicious restaurants and unique boutique shops. You’ll also find Rancheros de Santa Fe Campground and Roadrunner RV Park within a convenient distance of all that Santa Fe has to offer!

Get Your Kicks on Route 66!

We couldn’t finish this article without at least making one more reference to this historic tune that has been replicated by the likes of The Rolling Stones, Asleep at the Wheel and John Mayer. During your trip, you can find all the gear you need — and maybe even find new gadgets — at Camping World Tulsa. We hope that this has given you some great ideas for stops on your next Route 66 RV road trip! 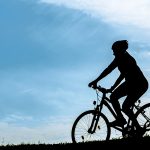