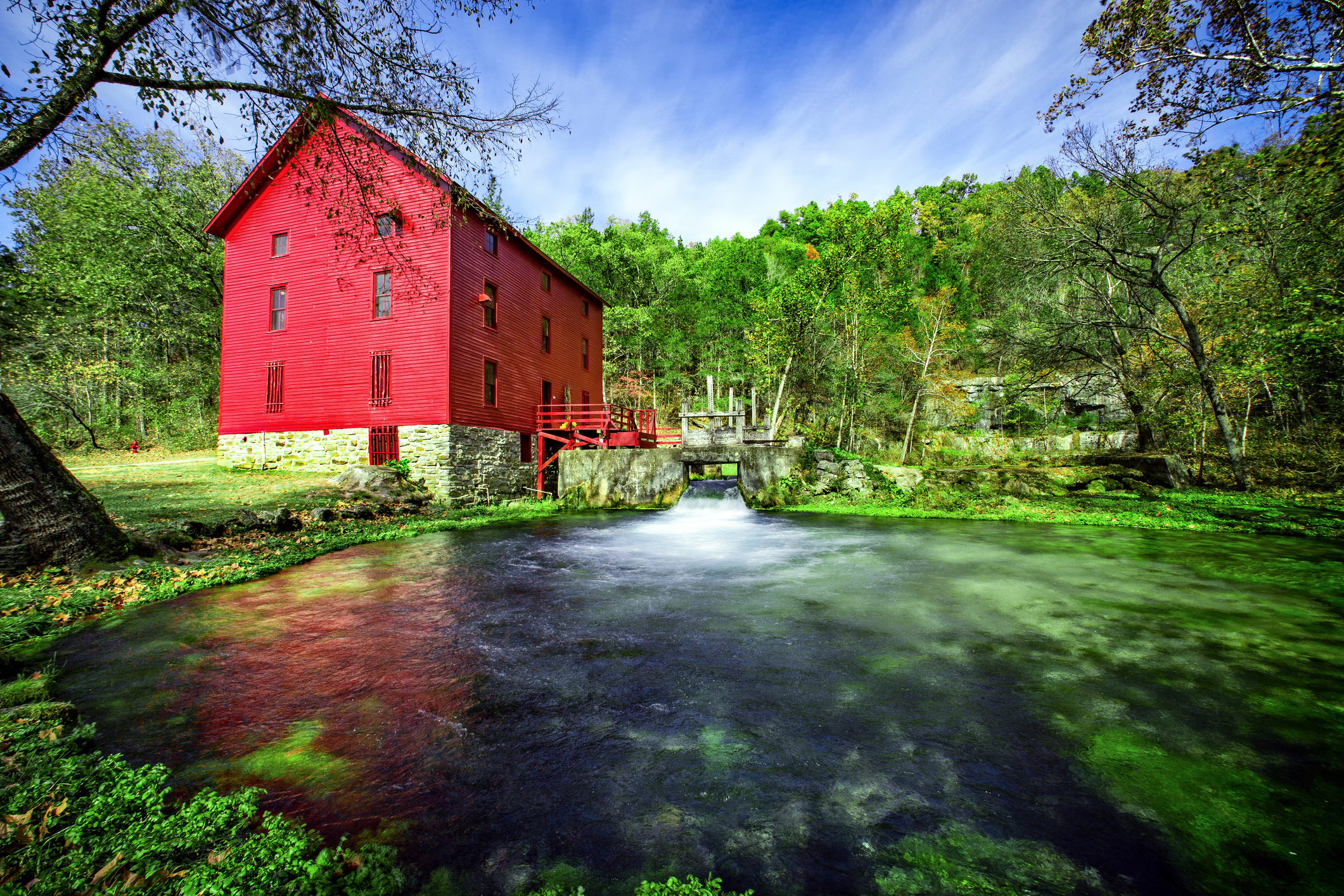 America’s South Central region is home to a slew of national parks that often fly under the radar. Located in Arkansas, Kansas, Louisiana, Missouri, Oklahoma and Texas, these parks preserve wide-open prairies, untouched river basins and historical landmarks. Note: Many park visitor centers, restrooms and facilities are closed because of COVID-19. Check each park’s website before touring national parks in South Central states. 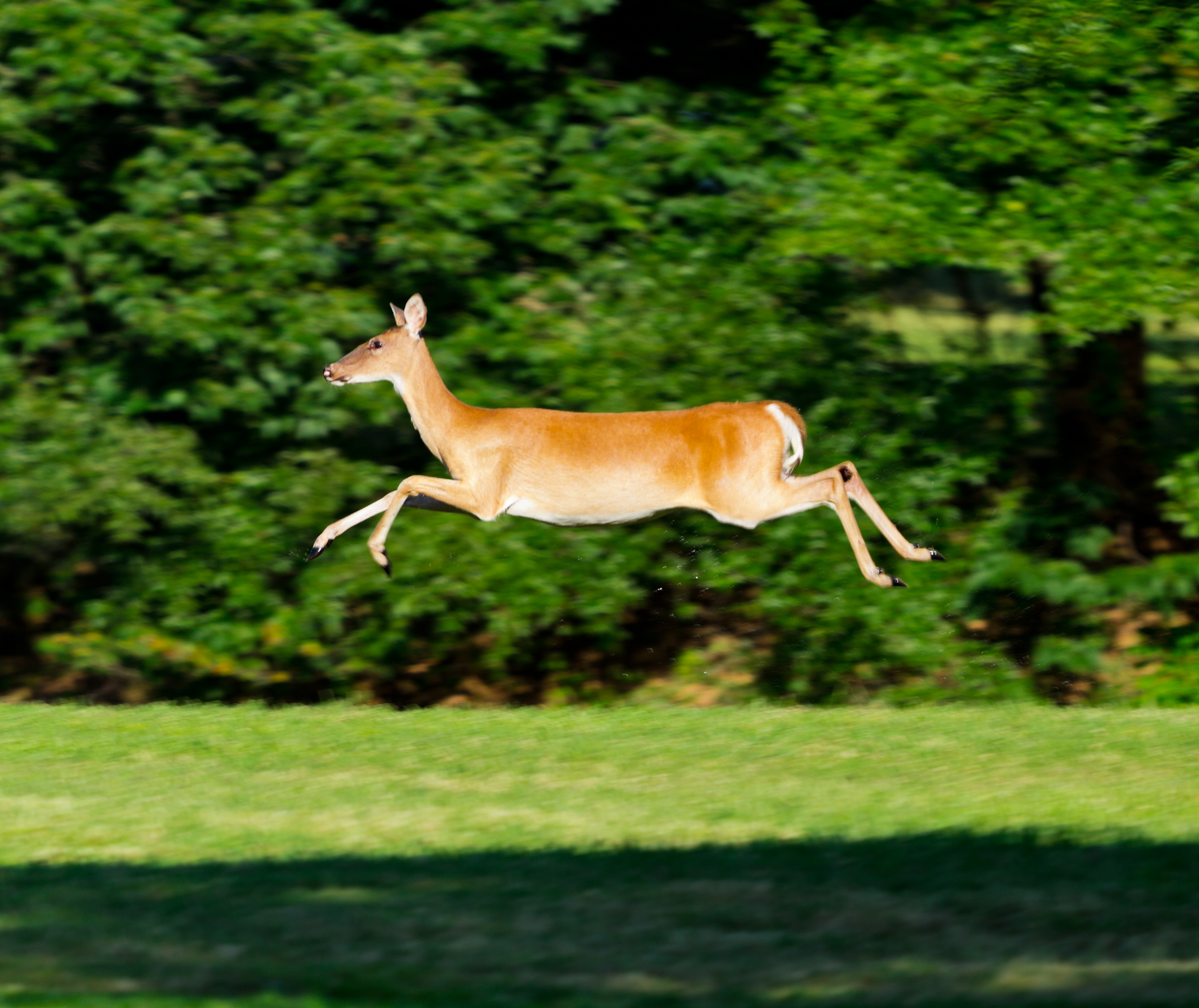 Long before interstates crisscrossed North America, Rivers served as the transportation arteries for both Native Americans and pioneers alike. And when major rivers flowed into one another, major settlements cropped up for the exchange of goods. Such a history is reserved at  Arkansas Post National Memorial, situated where the Mississippi and Arkansas rivers come together. Native American Tribes, French pioneers and Civil War soldiers left their stamp on this historic real estate, and the NPS offers a variety of attractions.

Why you should visit: Arkansas Post sends visitors on a trip into the area’s vibrant past. Hike the two-mile trail that snakes through the “historic townsite” and hardwood forest. Watch a historic musket demonstration (when reenactments are brought back), or go fishing and wildlife watching in the nearby waterways. 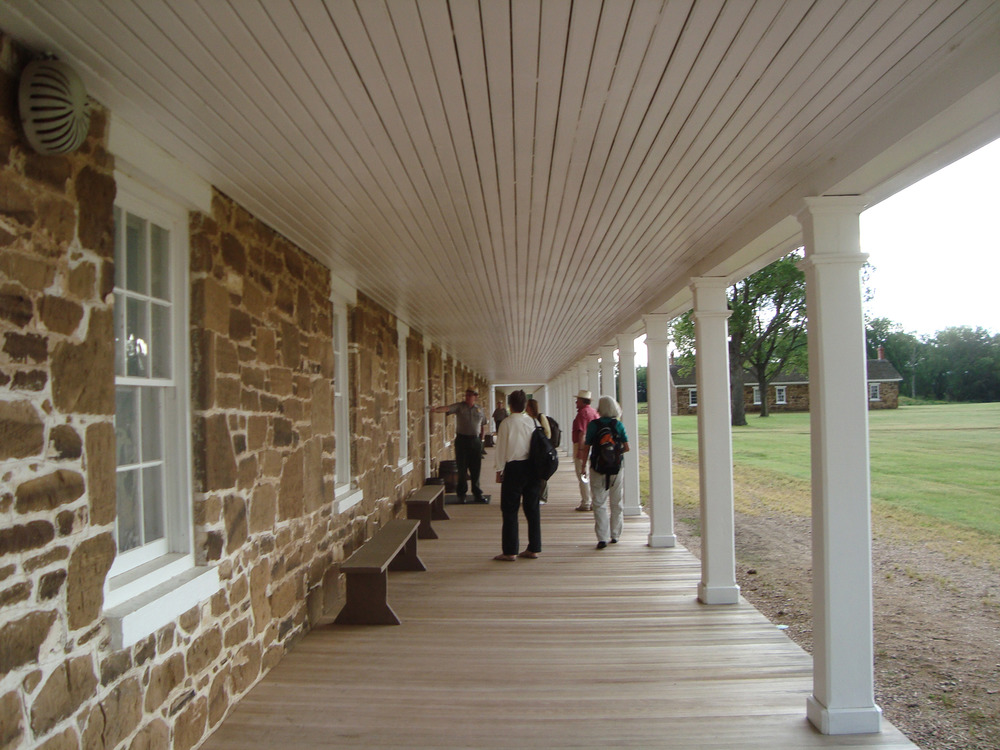 A ranger gives a tour of Fort Larned. Photo: NPS

Like an island surrounded by a sea of prairie, Fort Larned is a quadrangle of buildings that tells the story of the U.S. Army’s involvement in the Indian Wars of the late 1800s. Consisting of barracks, a cemetery, cavalry stables and dugout, the fort is one of the best-preserved frontier complexes from the 1800s in the West.

Why you should visit: When the park is fully open, visitors can expect exciting cannon-firing demonstrations by historic reenactors dressed in period army uniforms. For now, visitors can follow the park’s nature trail through the tall-grass ecosystem. Catch glimpses of hawks, mule deer and white-tailed deer. 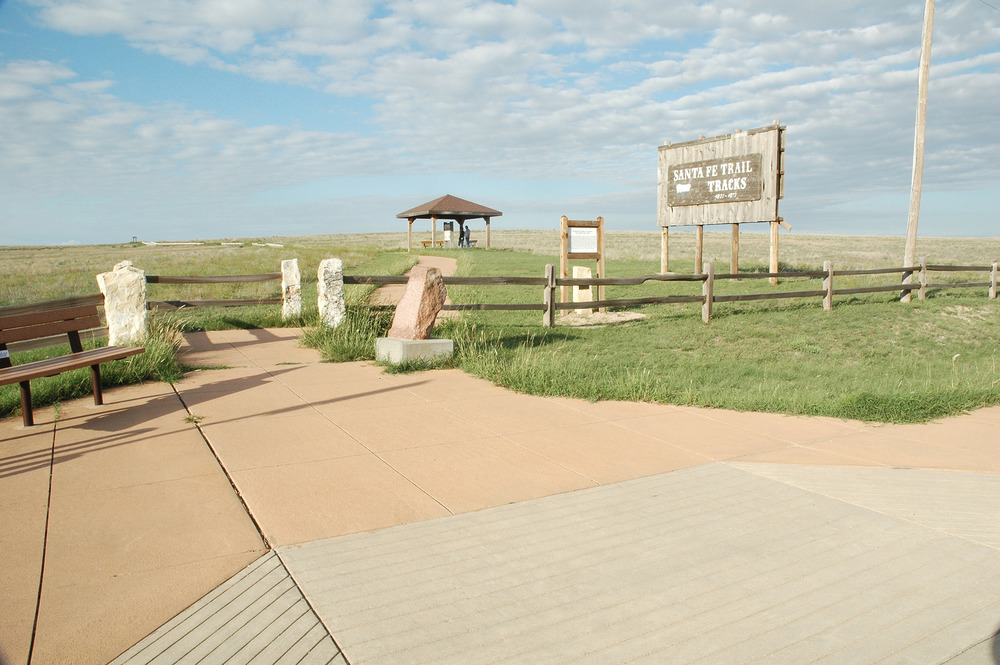 During the1800s, thousands of settlers traveled westward along the Santa Fe Trail, which stretched across the prairies from Missouri to New Mexico. The largest segment of the trail crosses Kansas, and several monuments in the Sunflower State honor the pioneers who slowly traversed the land in “Prairie Schooners.” Several notable points along the trail are maintained and administered by the National Park Service.

Why you should visit: See the actual tracks worn by the settlers as they navigated the often-treacherous landscape. The deep grooves of the Blackjack Ruts about 10 miles south of Lawrence. The indentations were used as shelter for combatants in the 1856 Battle of Blackjack, an attack led by abolitionist John Brown against a pro-slavery militia. Also on the trail is the Historic Adobe Museum, with exhibits devoted to the nomadic Indians who followed the buffalo across the plains.

Move over, Florida Everglades. When it comes to wetlands, nothing beats Louisiana’s Atchafalaya Basin and Swamp. Ranking as the nation’s largest river swamp, this ecosystem encompasses almost one million acres and hosts a vibrant population of wild animals. The basin consists of a delta system that stems from the Atchafalaya River and empties in the Gulf of Mexico.

Why you should visit: Although the Atchafalaya National Heritage Area makes up just the northern part of the basin, it’s more than enough for adventure. Paddlers will find paradise here. The many channels and bayous that constitute the heritage center will lead explorers through miles of hardwood forests and diverse animal habitats. Spot the more-than 250 bird species who wade and fly here along with more than 65 types of reptiles that crawl and slither through the undergrowth. Paddle under live oaks dripping with Spanish moss and keep an eye out for alligators and egrets. Check out the Atchafalaya River Trail, with great views of gators and more. 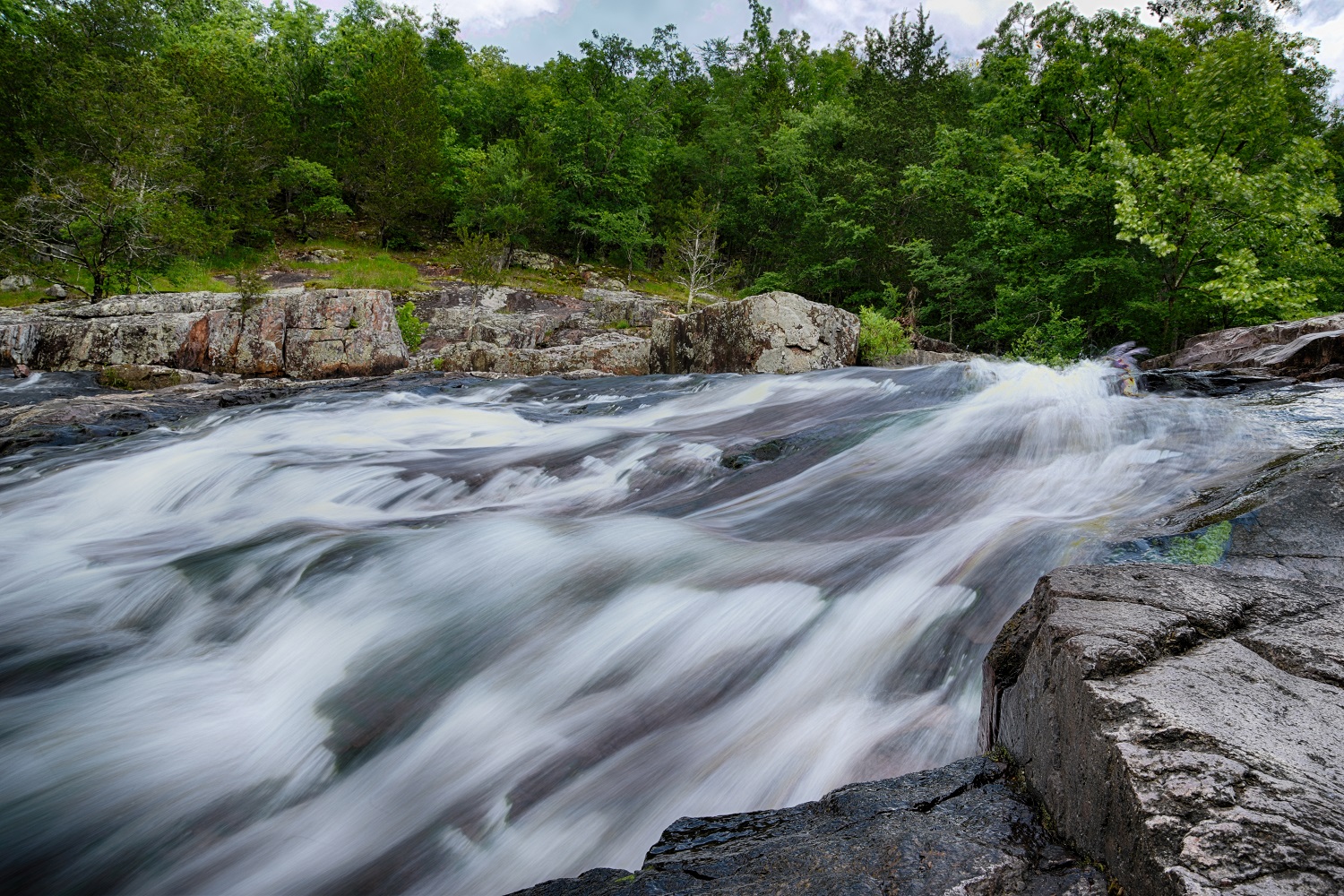 This sprawling expanse of Southern Missouri protects 134 miles of the Current and Jacks Fork rivers, giving recreation lovers ample opportunity for boating and angling in clear, clean waters. On land, the rugged terrain is dotted with caves and sinkholes, making it a popular destination for hikers and cavers.

Why you should visit: Spelunkers will find underground bliss in Jam Up Cave, which is 100 feet wide and 80 feet high at its entrance. Check out the underground waterfall and enjoy illumination from the natural skylight. Located on the Jacks Fork River, the cave is only accessible by boat, but it’s a voyage that’s well worth your time. Nearby lies Big Spring, one of North America’s largest natural springs. Almost 300 gallons per day are disgorged into the spring from underground passages, and a nearby picnic area makes this a popular destination. 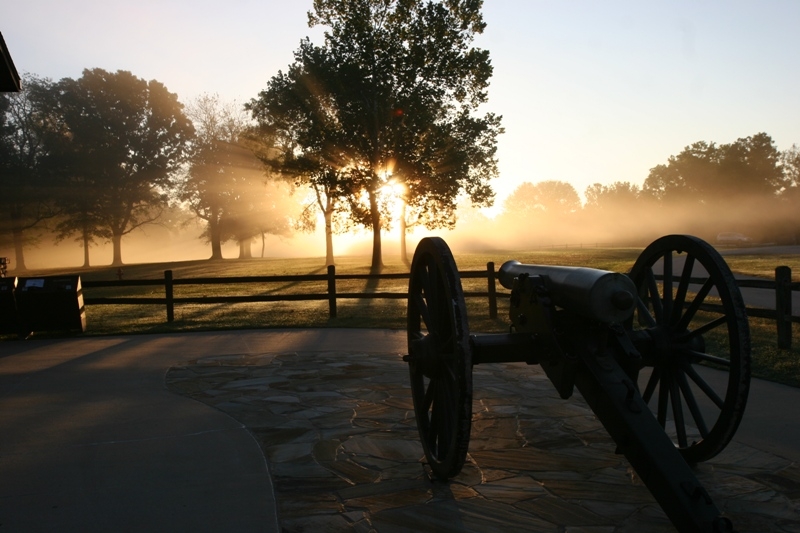 Just a few miles south of Missouri’s border with Illinois, the Pea Ridge National Military Park preserves the history of a battle that saved the Show Me State from the clutches of the Confederacy. In 1862, more than 23,000 soldiers clashed in a 4,300-acre battlefield in one of the biggest Civil War engagements west of the Mississippi. Today, visitors can tour the battlefield to relive a tragedy that unfolded on the rolling hills of northern Missouri.

Why you should visit: Although the visitor center remains closed, the park’s 7-mile trail guides hikers to some of the critical sites of the fight. Shorter loop trails bring hikers into the heart of the conflict with fewer steps. Horse and bicycle trails also are available. 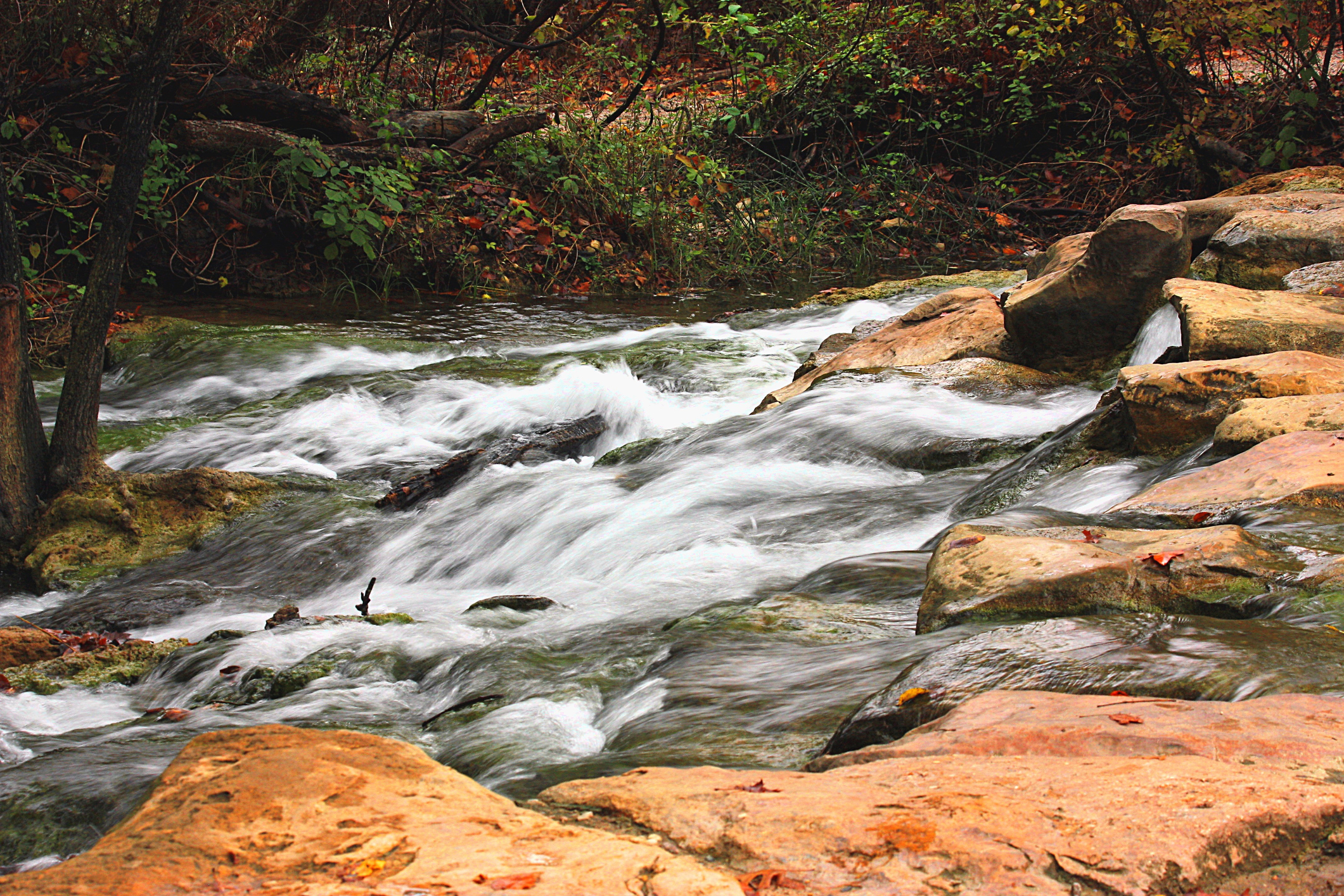 Why you should visit: Anglers will discover world-class fishing at Lake of the Arbuckles, where white bass, catfish and sunfish pull on fishing lines. Along the banks, cyclists and hikers can enjoy trails that snake through rolling terrain. For bigger animals, check out the Bison Pasture, occupied by a herd of the big mammals on upland prairie near Highway 177. Rise above it all atop Bromide Hill, a 140-foot promontory with stellar views. 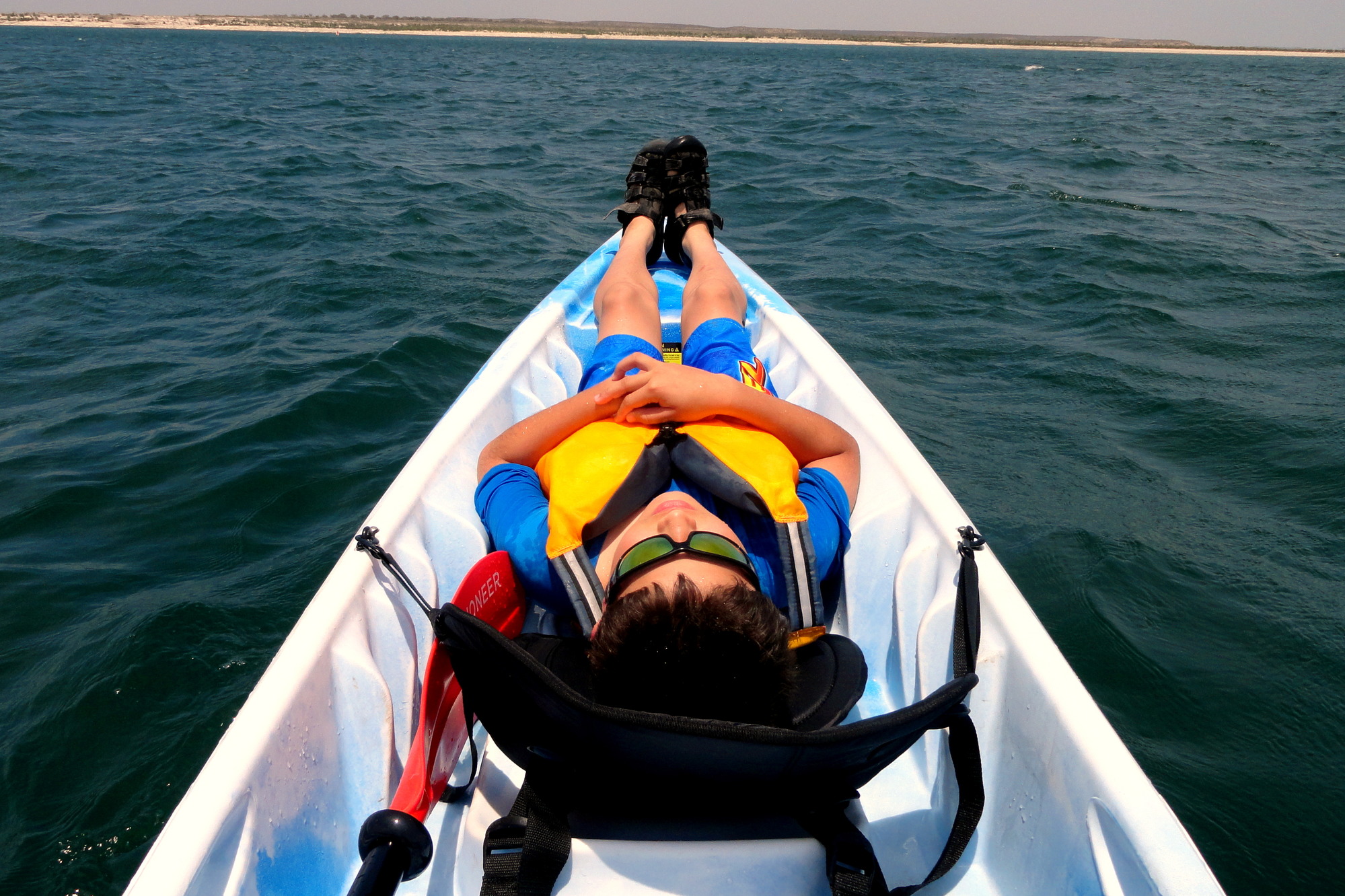 Head to the border for boating fun. Amistad National Recreation Area sits on the banks of the Rio Grande in Texas, just across the water from Mexico. Located about 170 miles west of San Antonio, Amistad is a welcome oasis for anglers, boaters and hikers.

Why you should visit: Guide your watercraft through narrow passages of walled canyon or skim over wide-open stretches of water where the river widens to a vast lake. You won’t run out of places to explore: The park boundary stretches 74 miles up the Rio Grande, 25 miles on the Devils River and 14 miles up the Pecos River.

Boat ramps allow access to the water, while the Rough Canyon Marina offers slip rentals for folks who want to stay awhile. And there are lots of reasons to linger. Anglers can cast for black bass (6-pound catches are common), white bass and catfish. Consult with guides to find the drops where fish are lurking. If you prefer wind in your hair to tugs on your line, hit the gas and go waterskiing (it’s welcome in the park, but you have to bring your own gear). 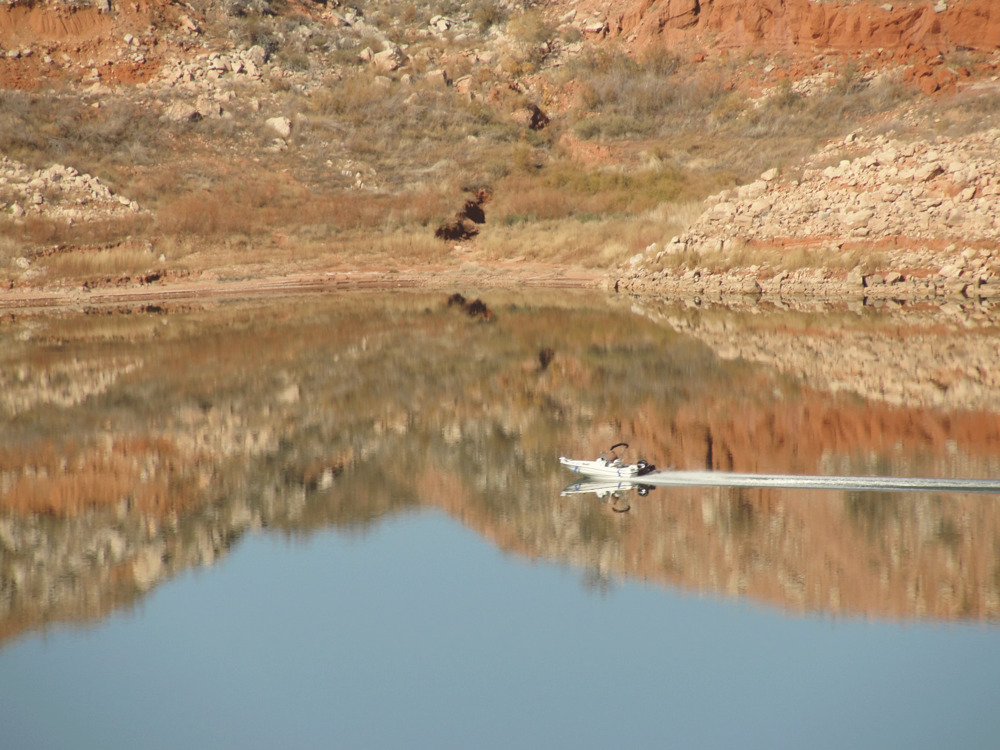 North of Amarillo in the Texas Panhandle, Lake Meredith stretches across the dusty, dry landscape like a shimmering mirage. But this is no illusion; the reservoir is a haven for fishing and boating surrounded by rugged banks. Humans roamed the banks of this lake 13,000 years ago, and today’s travelers can make their own history on this Lone Star playground. 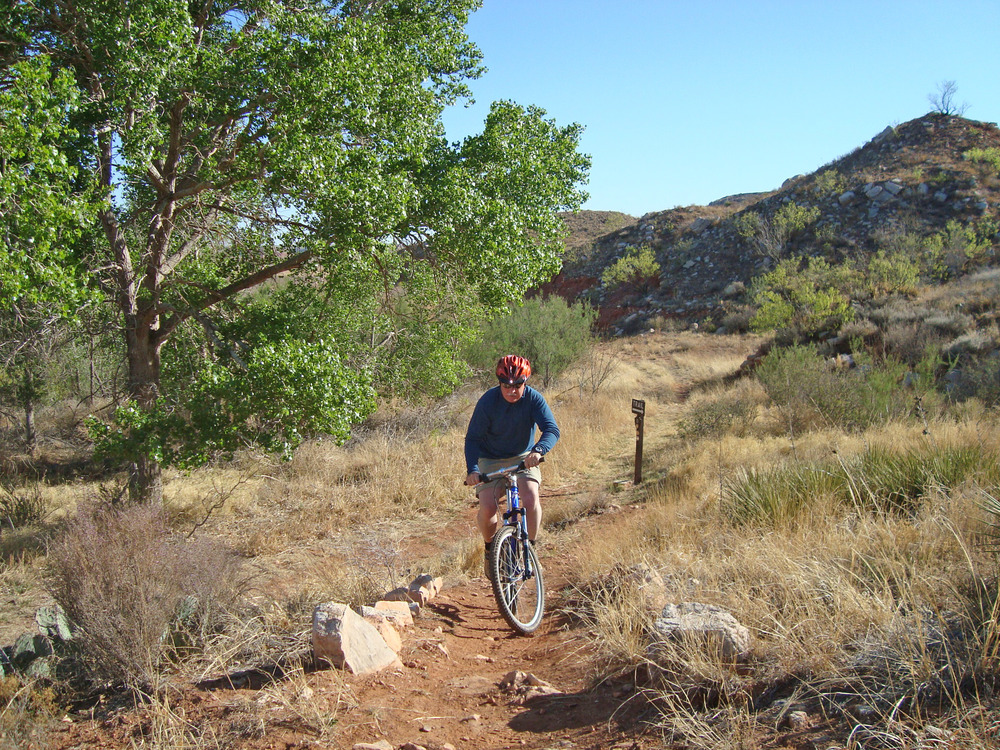 Why you should visit: This park packs both land recreation and water fun. Although docks and fishing piers have been closed, savvy fishing buffs will find spots on the banks for bass, trout or catfish. Hunting, hiking and offroading also are offered in the land surrounding the water. 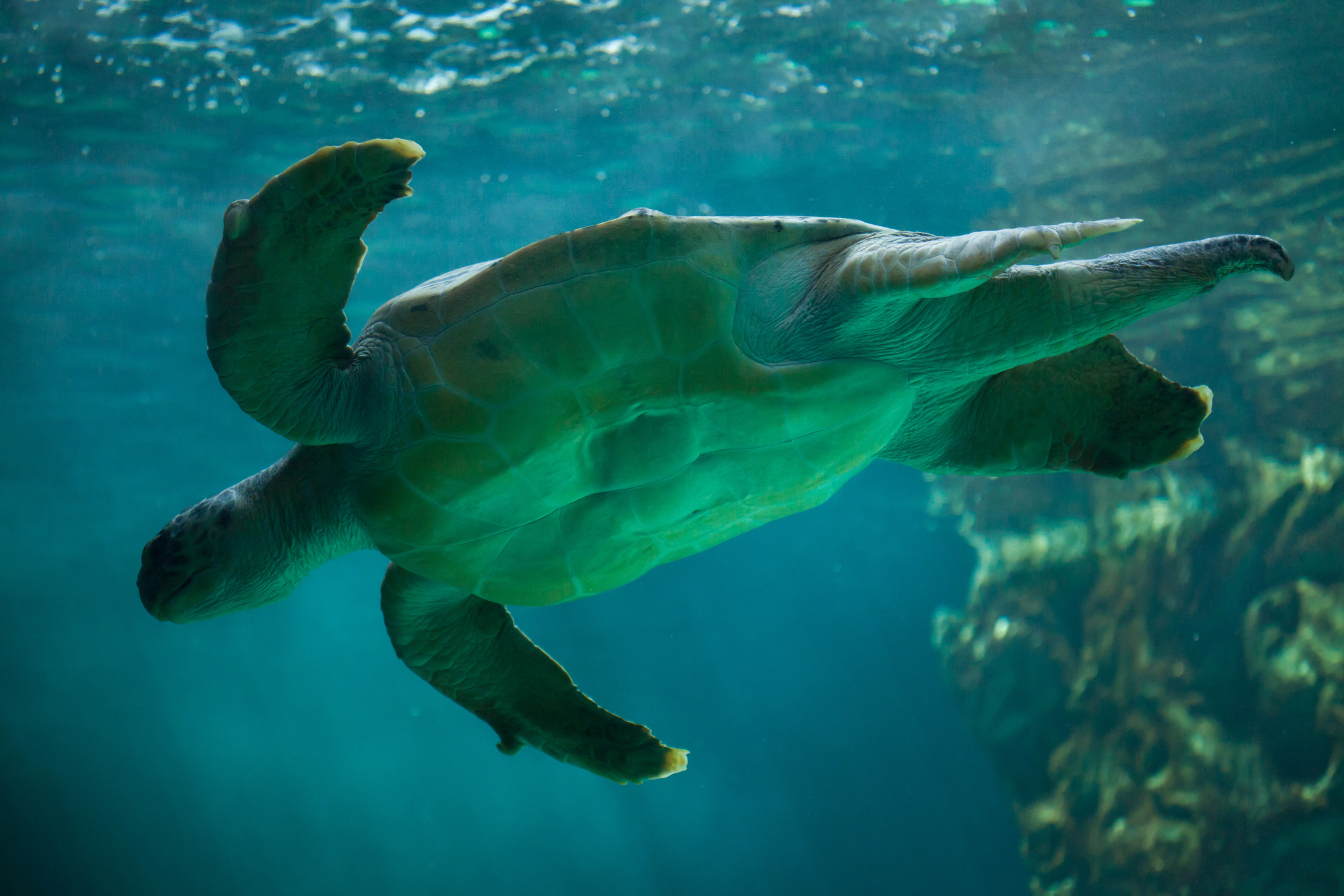 Miles of uncrowded and undeveloped beaches await you in Texas in the Gulf of Mexico. Sound too good to be true? Just cruise down to Padre Island National Seashore, part of the 130-mile-long Padre Island, the longest stretch of undeveloped barrier island in the world. The long sliver of an island also is the second-largest island by area in the contiguous United States after Long Island, New York. So there’s plenty of elbow room for beachcombers.

Why you should visit: Here, visitors will discover a dynamic ecosystem with kayaking, boating, wildlife watching and hiking. Hike or kayak through the Laguna Atascosa National Wildlife Refuge to witness more than 380 species of birds, ranging from black hawks to the great blue heron. Keep an eye out for Kemp’s Ridley sea turtle, which nests on the island’s beaches. 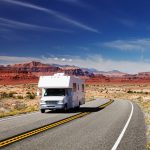 Mark My Words: Return to the Driver's Seat Previous
Eureka Springs Preserves the Past in the Ozarks of Arkansas Next 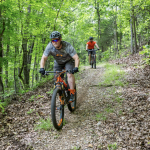 John Sullaway has worked for years as a writer and editor for outdoor publications including RV Business, Highways and the Good Sam Guide Series. A SoCal native, John enjoys spending time with his family and two chihuahua mixes who think they're pit bulls.